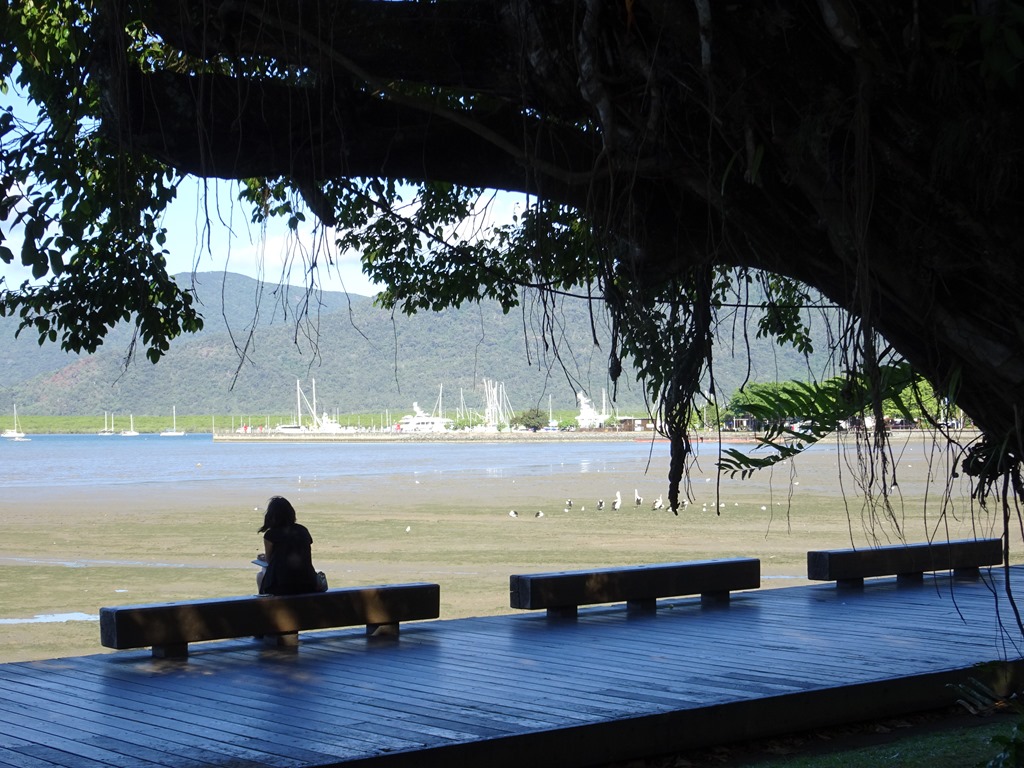 We have been to Australian several times in the past.  Although we have visited the largest cities, toured several wine regions and scuba/snorkeled the great barrier reef on previous trips, this time we set aside two-months to visit–including about three weeks and New Year’s Eve in Sydney. And on this trip, we plan to get a more comprehensive view of the Eastern half of the continent/country and to more fully explore some of our favorite areas.

Our first destination was the Great Barrier Reef region in northeast Australia. To get there, we first made a stop in Cairns (pronounced Cans). This 120,000-person coastal city is not much of a destination. It was founded and grew modestly to service inland gold and tin-mining activities. But its real growth came as a tourist center—not to visit the city itself, but to explore the inland forests and tablelands, the gorges and the rainforests of the north shore and, to take advantage of the region’s endless string of gorgeous beaches and, especially, for its proximity to the Great Barrier Reef.

As our last trip to Cairns, it was primarily  a jumping off point to revisit the site of what was probably the single most memorable day of our forty-seven years together—a visit to the casually luxurious resort on Lizard Island. But more on Lizard Island later. Since we were going to be in Cairns anyway, we decided to stay a few days to explore some of northern Queensland’s terrestrial wonders.

Cairns is essentially a beach, an airport and a tourist staging area whose harbor is home to mid-rise hotels and wall-to-wall open-air restaurants, bars and tour agents. Its atmosphere comes primarily from a combination of its waterfront, its parks and its prolific vegetation—palm trees, fig trees and ferns that flourish in the tropical climate. The primary tourist areas are along the waterfront; especially the 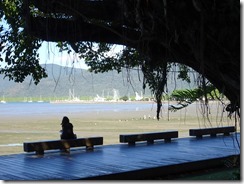 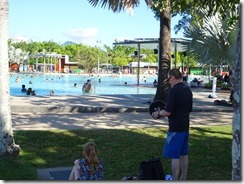 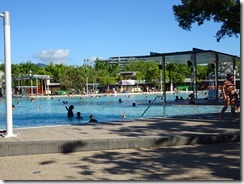 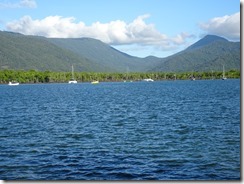 Our continual ins and outs from the city, provided chances to sample a number of the better–albeit always casual—restaurants. We had generally light dishes at:

Our Cairns Hotel was the Pullman Reef Hotel (an Accord hotel which also had a casino in it). The location was excellent…right by the wharf and boardwalk. The layout of the building is a little strange. For example, to access the hotel’s restaurant, you have to go outside to a different entrance. Right now, the only bar is in the casino (we understand they are undergoing a reservation which will include a more accessible bar). The rooms are clean, nicely sized and comfortable. A multi-country plug is provided in the room, along with a hot pot for tea/coffee. Shampoo/conditioner are in room but you have to ask for lotion or shower caps. Our room has a small balcony but no water view. The staff tried to be very helpful but gave conflicting answers to some of our questions..such as, which entrance is the one called the wharf casino entrance (we got several conflicting answers). Oh well, they do try hard. Dinner reservations were made properly and taxis came as scheduled. But all-in-all, it was a very pleasant and comfortable stay.