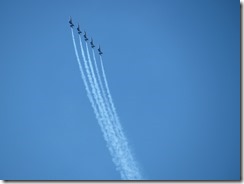 Fleet Week which is held on the first weekend in October, is a big deal in San Francisco. Held every year for the last 35 years, it now attracts more than 1 million people to a celebration that honors the contributions of the United States Armed Forces while simultaneously spurring interchange and understanding between civilians and the military.

The highlight is a three-day airshow that features everything from 50-year-old bi-wings through the U.S. Navy’s state-of-the-art fighter jets. The pilots are even more notable than their planes—everything from barnstorming daredevils to the best of the best of Navy’s pilots—the Aces who have been chosen for the renowned Blue Angels. Interspersed between these highlights are similarly impressive shows by pilots of U.S. and Canadian Air Force Jets and France’s Breitling Jet Team. A veritable festival of jets zipping over, under and around the Golden Gate Bridge, buzzing Alcatraz Island and delighting viewers camped out on Marina Green and partying on their own balconies and rooftops. 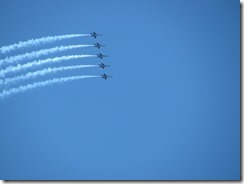 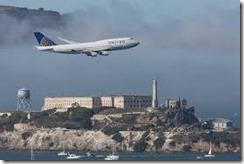 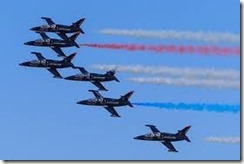 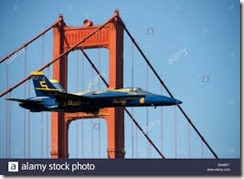 Almost as popular as the air show is the opportunity to see, board and learn about the ships and the lives of the sailors aboard amphibious carriers, destroyers and cruisers that are docked along the city’s Embarcadero and the Parade of Ships in the Bay. 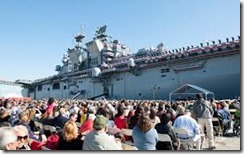 Additional events include the ability to:

Another event-filled Fleet Week Celebration where a good time was had by all.