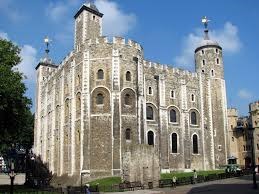 It had been too long since our last trip to London England and we looked forwards to reacquainting ourselves with it. The best way to start was through a walking tour.

We have taken numerous London Walks walking tours. Virtually all of them have been informative and professionally run. This time we took a tour of the old “City of London”, the one square mile that was originally within the Roman walls.

Since this was the foundation of today’s entire 8.7 million-person city, it was appropriate to begin with a brief history of the area.

Although Julius Caesar initially came to the current city in 55 BC, his troops remained only for a couple years. A group of traders are thought to have arrived at the site a decade later (47 BC) to create a trading center, named Londonium. The Romans captured it and began to further develop the port and site a century later (43 AD) as part of the conquest of Britain. While the settlement was sacked by Boudica in 60 AD, the Romans rebuilt it into what soon became the largest settlement in Roman Britain.

They began building a wall around the one-square mile site about 200 AD. By the time Rome left to attend to its threatened core empire in 1410, the population had grown to about 50,000.

The vacuum created by the departure of the Romans attracted successive waves of attacks and occupation by the Vikings, the Anglos (from Northern Germany and Denmark) and the Saxons. In 604 AD, the Christian Church, under St. Augustine came. They consecrated the city’s first Anglo-Saxon bishop, who began construction of the original St. Paul’s Cathedral (the current structure, which is thought to be at the same site, was not built for another 1,100 years).

In 1042, however, the then Saxon king built another fortification outside the original walls, where he constructed an Abbey and a Palace and named the site Westminster.

The city generally thrived under Anglo-Saxon rule which ended soon in 1066, when the Norman William the Conqueror defeated the Anglo-Saxon King at Hastings and the city surrendered itself to the new King. William then began construction of the city’s primary fortification, the Tower of London, and granted the city a charter in 1075 that gave it a degree of autonomy and self-rule.

The tour began at the Tower which, over the years, has served as a fortification, a palace, a prison, a mint, and observatory and as a site of numerous executions.

While the longest, most intact section of the wall is currently located near the Tower, that was the only structure that was even allowed within the range of a longbow arrow from the Tower. 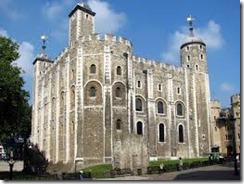 As of now, however, these are about the only aboveground remnants of this period. The 1666 Great Fire of 1666 destroyed virtually every building within the walls. The only other remnants of the pre-fire days are beneath current buildings. For example, hbeneath the current Guild Hall museum, one can see the remains of the site of the Roman amphitheater, complete not only with parts of the foundation, but also pieces of the wooden plumbing system that was built into this foundation. 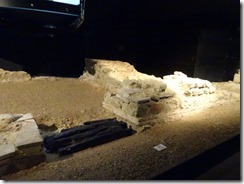 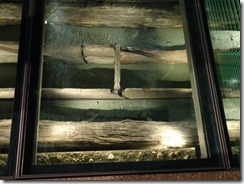 Although the city’s original buildings are long gone, the history that occurred in them remains. Moreover, the story behind some of the current buildings is just as interesting. A walk around the square mile provided many such stories. Among the more interesting are those that surround some of the newer buildings that occupy what is now the most expensive square mile of land in the entire world.

Land is now so expensive that people can no longer afford to live there. In fact, while this square mile accommodated about 50,000 people at the height of Roman times, and about 200,000 people before the Great Plague of 1665, it now has a population of only 8,700, at least during the nights and on weekends. During weekdays well over 300,000 people flood into this small sliver of land—piled into ever taller, ever more innovative and ever more expensive skyscrapers.

These new buildings are so valuable that those that are a mere 15 years old are now routinely demolished to make room for newer, taller, more expensive replacements. Among this new crop of buildings are many that have become so iconic as to have earned their own nicknames. Many of these names have become so popular that nobody even remembers their official names. And in one case, the nickname became so popular during the construction process that the owners adopted as the official name. Among the more interesting of these buildings are the: 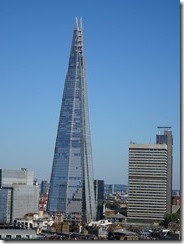 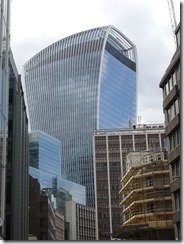 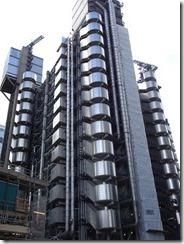 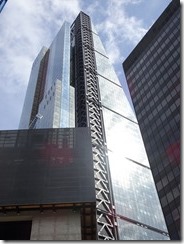 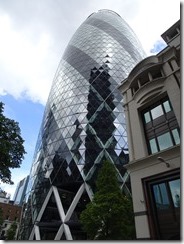 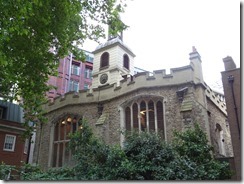 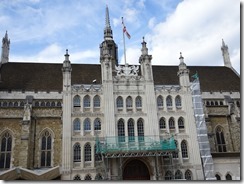 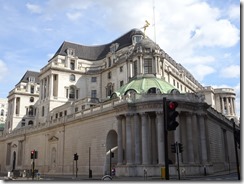 Even buildings that are no longer there still have histories. These include the homes in which Henr VIII lived when he was informed that his predecessor had died and that he was now king; in which Thomas Cromwell, Henry’s Secretary of State lived and paid for his neighbor’s house to be moved to expand the size of his garden and in which Sir Thomas More lived. Then, of course, there’s the current Ale & Pie Pub. Although not quite in the Old City, it too has an interesting history. While the current building had served as a Bank of England branch until 1975, the site used to be occupied by Sweeney Todd’s famous barber shop. It included a tunnel in which he used to transport the flesh of his victims to Mrs. Lovett’s Pie Ship, where it was incorporated into her veal pies.

Although the City of London is now only one of 32 of London’s Boroughs, and has by far the smallest population, it still maintains primary status. While its mayor, like those of the other boroughs, does officially report to the publically elected mayor of London, he has a more exalted title (Lord Mayor) and a lavish palace in which to live. He, like the other borough members, however, is still responsible to the guilds. It is, after all, the guilds, rather than the citizens, who elect the borough mayors,