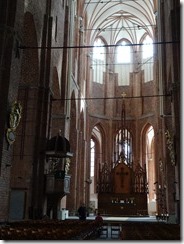 We only had two days to spend in the capital and largest city of Latvia. It wasn’t much of an introduction for a diverse country, but it had to do for this trip.

When Riga was chosen as the site for a German fortress in 1201, it was already home to a tribe of international (especially Russia and Scandinavia) traders. It, like Tallinn and other Baltic Sea harbors, developed into a Hanseatic League trading center before Sweden took it over in the 17th century, followed by a Russian take over in the 19th. This period saw a rapid expansion of the city and its harbor and, in the early 20th century, a period of industrialization.

It, however, could not escape the death and political subjugation of the destruction of the two World Wars. Worse, however, was yet to come when the Russians, seeking to pick up the pieces left by the defeated Germans, not only occupied, but thoroughly Russified Riga. Even today, more Ethnic Russians populate the city than Ethnic Latvians. This has resulted in a difficult to bridge cultural divide and a generally segmented city.

Despite its Russian hangover, the country and its largest and capital city have generally thrived since its 1991 independence. It has restored many of its most important Medieval and Art Nouveau buildings and has emerged as a tourist mecca with many new hotels, restaurants and museums. But growth has also brought disruption to the Old Town by a proliferation of modern new buildings right on the edge of the UNESCO World Heritage Old Town and the equally interesting “Quite Center” Art Nouveau district.

Our introduction to the city came courtesy of Tours in Riga’s Free Old Town walking tour. Our guide began with an historic overview of both the country and the city. Not surprisingly, it is somewhat similar to that of its neighbor, Estonia: A port city (near the mouth of a long navigable river) that was officially founded in 1201 by a German bishop during the Crusades under whom it built its fortifications and flourished as a member of the Hanseatic League. In the 16th century, it was captured by and managed by Poland and, 40 years later by Sweden, who managed it for 89 years.

Russia, under Peter the Great, assumed control of Latvia in 1710 and ran it until the Russian Revolution, when Latvia capitalized on Russia’s internal turmoil to declare its independence. Independence, however, lasted only until 1940, when Russia (which never formally accepted Latvia’s independence) effectively gifted Latvia, along with Estonia, to Germany as part of a short-lived non-aggression pact. This opened the path for Germany to conquer and occupy the country during the war. After the war, Russia gladly picked up the pieces by “inviting” Latvia to join the USSR. It remained an unwilling satellite until 1991 when it finally regained its independence

Our tour of the relatively small Old Town area covered some of the highlights, which we filled in with our own tour. Among our major stops: 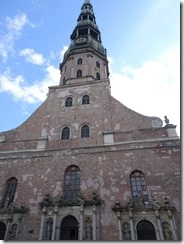 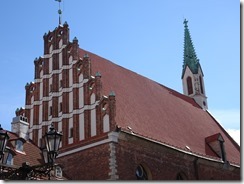 And this does not even take into account other Old town churches such as St. Jacobs, St. Saviors and others—not a bad representation of churches for a generally atheist/agnostic city and country.

The city also has many important secular structures. These begin with the remnants of the 2.8 kilometers of 13th century city wall, towers (especially the 1330 Powder Tower—named for the gunpowder that was stored in it) and gates (especially the Swedish Gate, so named for the exits of the Swedes who were forced to leave when Peter the Great conquered the city). Although the original stone foundations of these structures remain, they remainders have been rebuilt to their original dimensions. And speaking of the walls, towers and gates, we learned from our guide that each of the city’s crafts and professions were given responsibility for defending different sections. 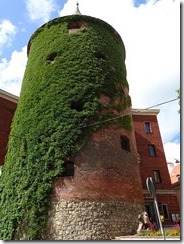 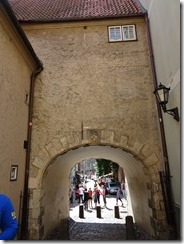 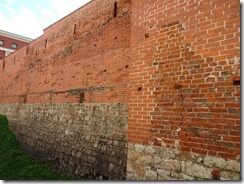 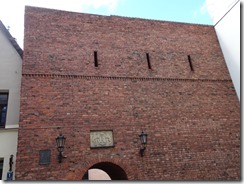 As for the more notable Old Town buildings, these include: 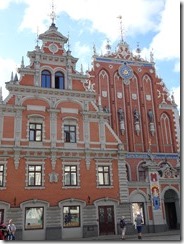 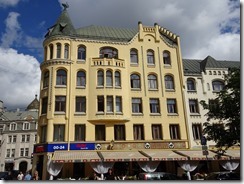 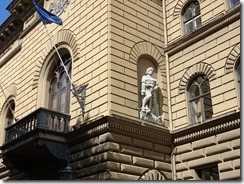 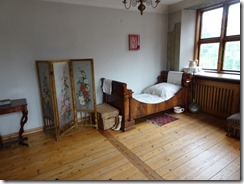 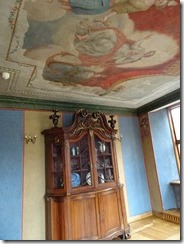 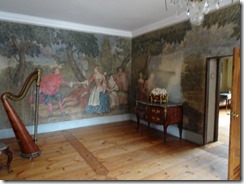 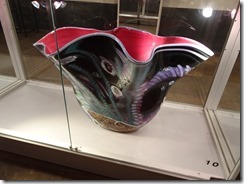 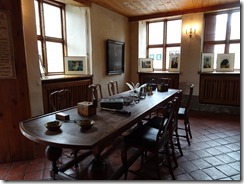 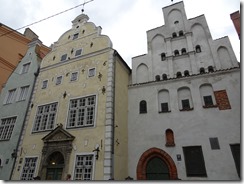 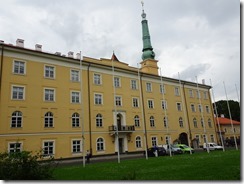