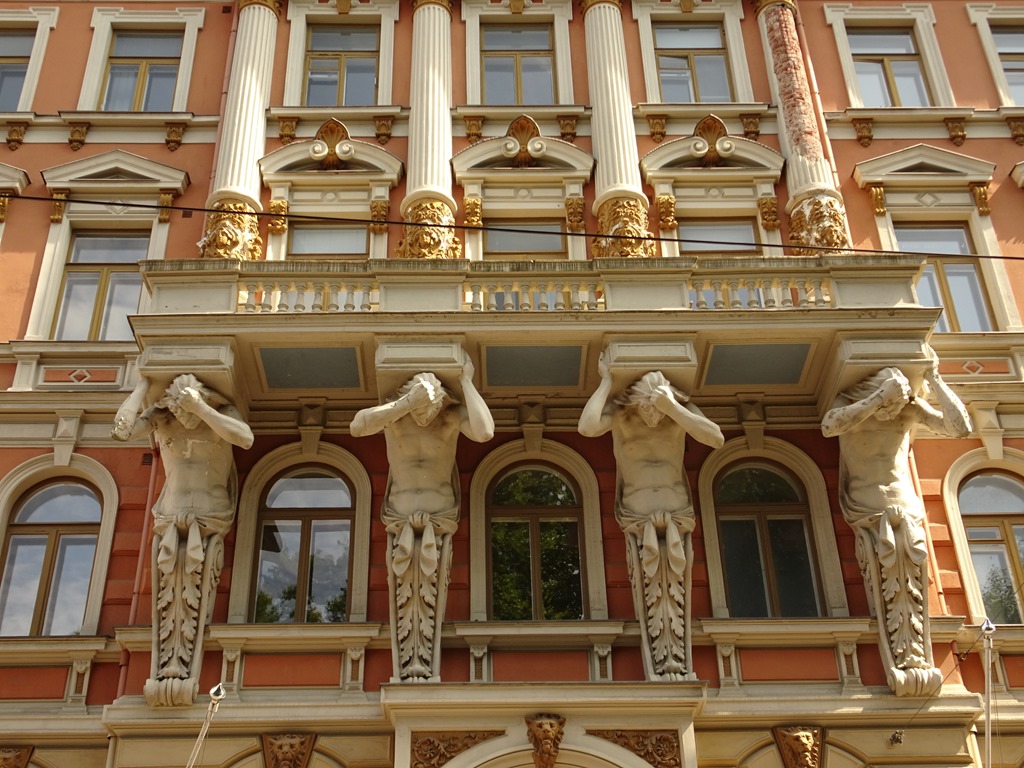 Helsinki went through a tremendous spurt of growth and prosperity from the late 19th through the early 20th century. While Helsinki’s architecture of many of the major older buildings were of neo-Classical or neo-Renaissance styles, the rapid growth coincided with Finland’s cultural opening to Western Europe and an artistic and architectural revolution that sought to shed the constraints of traditional architecture in favor of a freer, more ornate form of expression.

This movement, called Art Nouveau or Jugend in the German interpretation, took on a number of different forms in different countries, with each adding unique nationalistic elements. Finland’s version of Art Nouveau, called National Romanticism, is characterized by large, generally powerful buildings constructed primarily of local stone (especially granite) and wood and containing striking architectural elements (such as towers, turrets and spires and large and different size and shape windows) and extensive ornamentation. 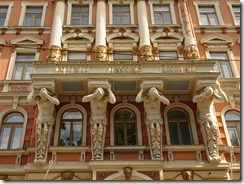 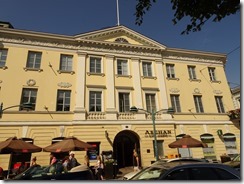 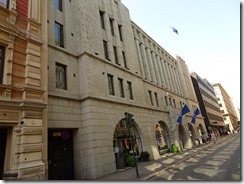 Some of this ornamentation shows a serious sense of humor. One southern Helsinki building, for example, looks like many other National Romantic-style buildings on first glance. The same type of turret, the same multi-size and shape windows and the same type of decorative ornamentation. But when you focus in on the top third of the tower, you see something else entirely—a robotic-like face, complete with a mildly menacing grin, a nose with stylized nostrils, eyes and eyebrows, and even hair and a peaked hat. 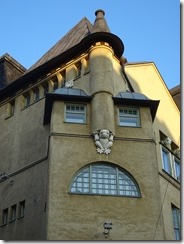 This National Romanticism, while practiced by Finnish architects, was generally led by two: Eliel Saarinen and Alvar Aalto, each of whom designed large scale structures that would become symbols of the city—Saarinen’s Railway Station and Aalto’s Finlandia Hall. There are, however, many other large public buildings that exemplify this style. 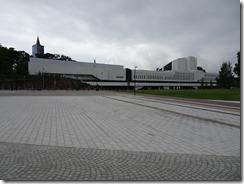 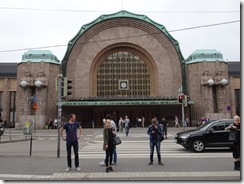 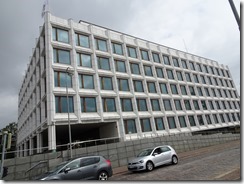 This, however, barely scratch the surface of the city’s Nouveau and National Romantic heritage. After all, more than 600 buildings, mostly built from 1890 through 1920, are generally classified as owing to these two interrelated styles. Most are not in large public or commercial structures, but are residential buildings spread across the city. Three districts, however, have more than their fair share of such structures. These are: 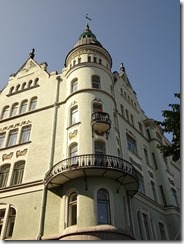 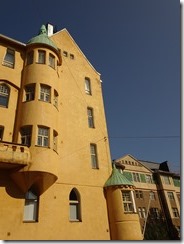 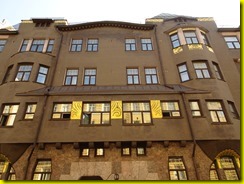 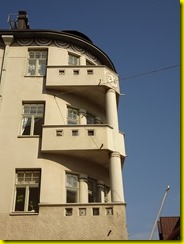 Southern Helsinki, which certainly has a number (including the one with the above-referenced face) of Nouveau-inspired buildings. These include Schalinin Talo which contains a number of the stylistic elements such as is naturally textured walls, decorative plaster reliefs, contrasting windows and, of course, a tower. Towers, in fact, have spouted like mushrooms through the entire neighborhood.

But, while individual buildings are certainly of interest, we are particular suckers for the many blocks containing clusters of interesting, differently colored pastel buildings that form colorful urban landscapes. While this neighborhood has a number of these, Huvilakatu street provides one of the best combinations of architectural interest and complementary colors. 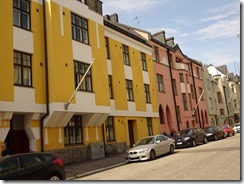 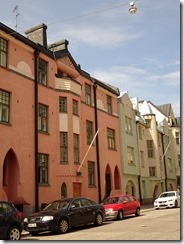 As important as buildings are to the urban landscape, open public spaces are probably even more important. Not only do patches of green grass and trees provide oxygen and contrasting colors and textures, they also provide spaces in which people meet, talk, play and otherwise enjoy themselves. Helsinki has a number of such spaces and they are among the most used of any we have seen in cities throughout the world. 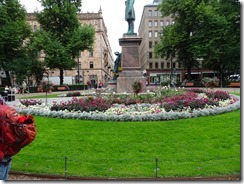 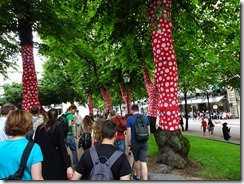 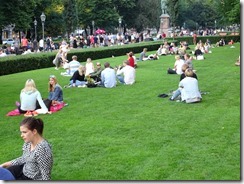