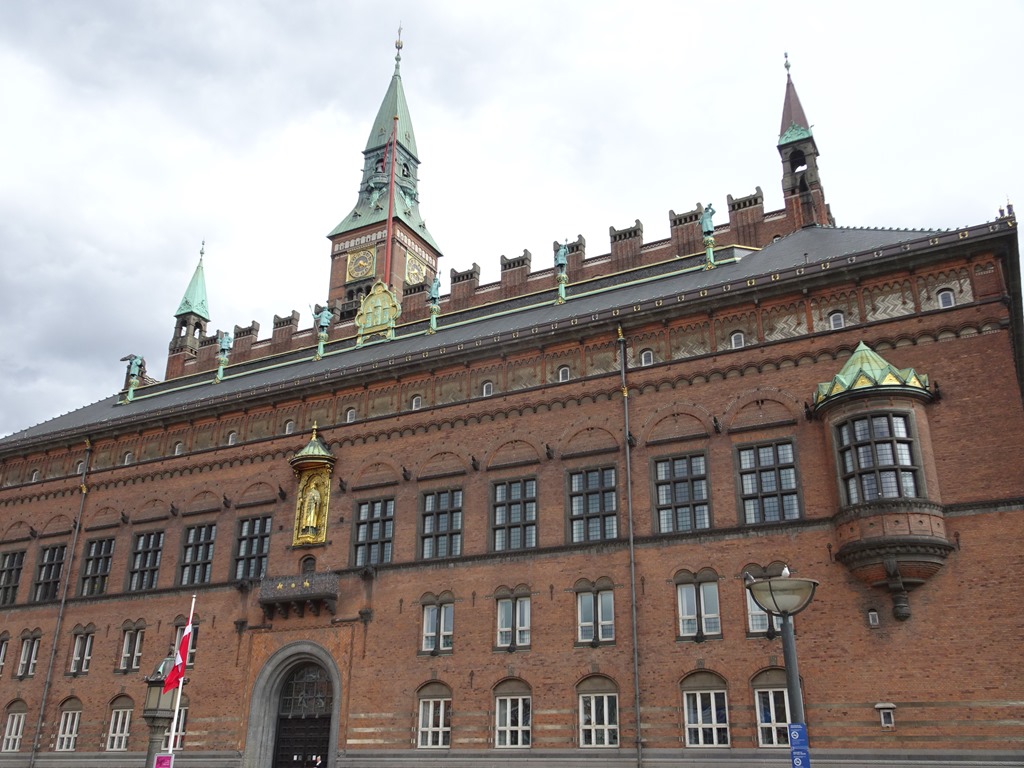 From Sweden, we went on to explore Copenhagen Denmark. This city is  the home of canals, the beloved statue of Hans Christian Andersen’s Little Mermaid, the legendary Tivoli Gardens amusement park and the iconic Nyhavn quays.

This medieval city, like so many of its European counterparts, was destroyed in huge fires that swept through the primarily timber- and straw-based town. The primary of these, in 1728 and 1795, left only a few of the oldest structures standing. Then, an 1801 naval bombardment by England’s Lord Nelson and an 1807 siege by Lord Wellington took care of many of the rest.

The result is a handful of rebuilt stone structures and a primarily 18th– and 19th-century city, with the old town, in particular, constructed along existing narrow lanes. Even so, the city retains much of its charm. Among its many highlights are:

City Hall Square, the lively and colorful center of the city with its Romantic, Italianesque-style City Hall, complete with its 350-foot tower, carvings of historical figures (including bishop, military man and city founder, Absalon) and mythological themes and its mechanical masterpiece—Jens Olsen’s World Clock, an amazing complex and accurate, 14,000-piece astronomical clock which portrays stellar alignments and solar eclipses. (If it could only predict the weather.) 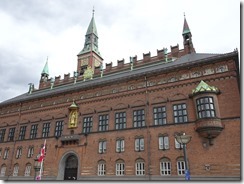 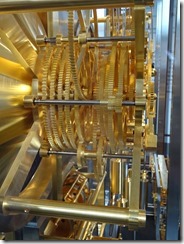 Tivoli Gardens, the ever-popular, 150+ year-old amusement park and gardens which more than 20 restaurants (including one with a Michelin star), cafes and theaters as well as rides and flowers. Although the park itself is old, the rides are continually updated to keep them current, and to keep them exciting enough for even the most excitement-seeking millennials. Rides that carry you ten or more stories in the air and then let it plunge at a gravity-defined rate, until it bounces you half way back, for a controlled landing. The roller coast, meanwhile, elicits screams that can be heard even outside the park. Nostalgia, meanwhile, is still available on the carrousel and the Ferris wheel and in many of the park’s entertainment venues.  Nor can one forget the landscaped grounds and lovely gardens. And if you stay to closing time (11:00 PM), you are rewarded by a very impressive laser and light show. 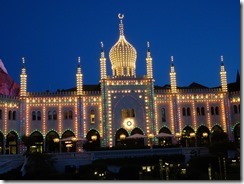 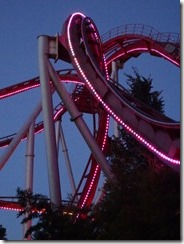 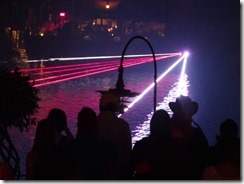 Nyhavn quay, the narrow harbor that served as a small trading port since the 8th century became the site of the country’s primary fortress, government and economic center and international trading hub in the 12th. And, since it initially brought in many sailors, it was also filled with bars and brothels. It has been cleaned up since the 1960s and has been transformed into one of the city’s colorful and exciting areas with its old wooden ships, brightly-painted pastel buildings and outdoor restaurants, cafes and bars lining every inch of the colorful north quay. And, also one of the most exclusive residential areas in the city, attracting prime minister and some of the country’s biggest sports stars. 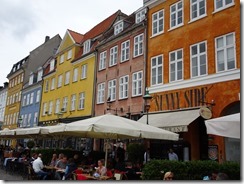 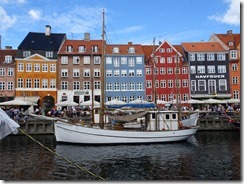 King’s New Square, which stands at the head of the quay, is a huge, generally classical square that hoists a number of neo-classical buildings such as the Royal Square and the luxurious Hotel D’Angleterre, with its beautiful, stained glass-domed Palm Court. 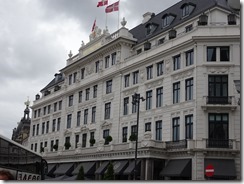 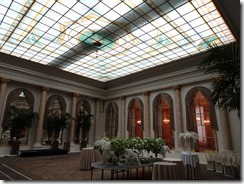 Christiansborg Palace, a large, 100 year-old granite palace, is the site of the country’s Parliament, the prime minister’s office and the Royal Reception Chambers. This building’s austere exterior contrasts dramatically with its elaborately ornate neighbor, the Borsen, which is one the oldest stock exchanges in Europe and whose spire is formed by the interlocking tails of four dragons. And, as a counterpoint to these grand historical buildings, the new Royal Library shines like a big, modern black box (nicknamed the Black Diamond) on the landscape. Its gardens, however, remain as timeless and classical as ever.

Stroget, the continent’s longest pedestrian street begins at City Hall Square and travels a full mile to King’s New Square. Running through the center of the Medieval Quarter, which used to be enclosed in the city wall, The original wood buildings have long-since burned and been replaced, primarily by 17th century buildings.It provides for fun strolls for anyone looking for stores, entertainment venues, restaurants, sidewalk cafes and bars, buskers or who just wants to sit at a sidewalk table and watch people. The New King’s Square area, meanwhile, is home to many of the city’s most fashionable (e.g., expensive), luxurious hotels and the city’s primary art school and theater/ballet/opera/drama center, which is modeled after Paris’ Opera Garnier. 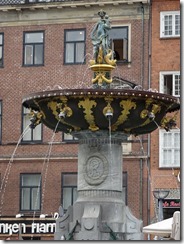 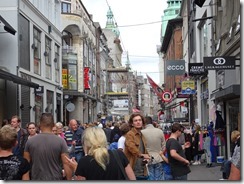 Latin Quarter, which radiates from the cobblestoned-Greyfriars Square, is home to the city’s cathedral, university and its oldest synagogue, as well as cafes and bookstores. It is also home to the 400-year old (actually from 1642) Round Tower, a 118-foot tall observatory.

Vesterbro, the city’s oldest, and one of its most unique and offbeat residential neighborhoods which still proudly sports its own red-light street (Istedgade) and a largely gentrified meat market (Kodbyen) that now has far more galleries, clubs and popular restaurants than it does butchers. 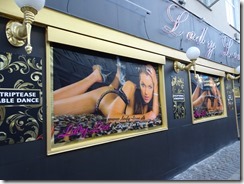 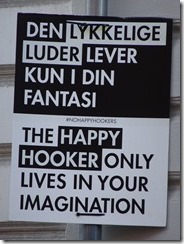 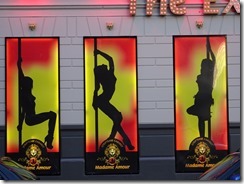