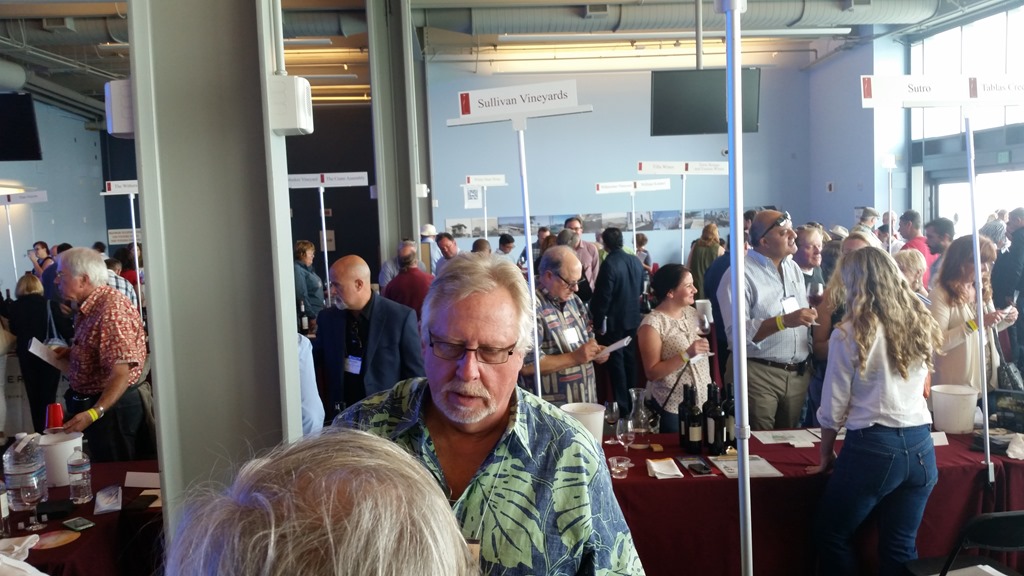 Family Winemakers of California is always a great event. We always look forward to it when it comes to San Francisco. It provides opportunities to taste hundreds of wines from more than 125 vintners: virtually every varietal and from virtually all of California’s 111 different appellations.

Although a few of these participating wineries, such Chateau Montelena, Martinelli and V. Sattui, are relatively large and well known, most of the wineries that participate are very small. Many are too small to have tasting rooms or any other way to expose their wines to the public. Family Winemakers, therefore, provides virtually unmatched opportunities for discovery: Discovery of new tastes, new wine regions to explore and of course, new every-day and special-occasion wines at prices that are often far below those of comparable major brands.

It is with this spirit of discovery that we embarked on our exploration of Family Winemakers. But therein was our problem. The event provides so many options that it’s almost impossible to know where to start. And one can taste only so many wines before developing palate fatigue.

We, therefore, entered the event with a plan: First we decided to forgo whites altogether and to focus on reds. We first focused on Pinots Noirs. This was a challenging, but viable task, since “only” about 50 wineries were tasting pinots. Among our pinot discoveries were:

We then took an abbreviated Zinfandel tour, focusing primarily on wineries with which we were already familiar. Not surprisingly, we found a number that we especially enjoyed:

Given that almost 100 wineries offered Cabs and Cab blends (often with multiple Vineyard designate wines and two or more vintages), our Cabernet tasting round (where we also partook in other red varietals that stuck our fancy) had to be much more selective. Proceeding on instinct and recommendations of friends, we found a number that we particularly enjoyed, including many from wineries with which we weren’t familiar (which is the whole point of the tasting). These included:

By that time, we had only one other round left in us—a round that was necessarily short due to the small number of wineries that were tasting desert wines. Of these, our favorites were:

Although we had a very productive day and discovered some new wines to buy, we couldn’t help but feel guilty for not being able to explore the wares of more winemakers. But even though it can be overwhelming, it continues to be a stellar tasting.

And if the 100+ small, family-owned winemakers aren’t enough, the following day we went to a  smaller tasting called Wines of Danger. This much smaller event  (18 wineries) was specifically for trade and media and typically represents tiny wineries that are looking for distributors, retailers or restaurants to carry their wines. And since even tiny wineries can produce some nice wines, it is no surprise that we found some to our liking. Our favorite whites were Three Clicks’ 2015 Grenache Blanc (Napa) and Waxwing’s 2015 Tondre Grapefield Riesling (Santa Lucia Highlands). Reds included De Tierra 2015 “Monterey” Pinot, Oenesta 2014 Cincault (Lodi) and Cuvee Cellars’ 2012 Monson Valley Cab (Alexander Valley).