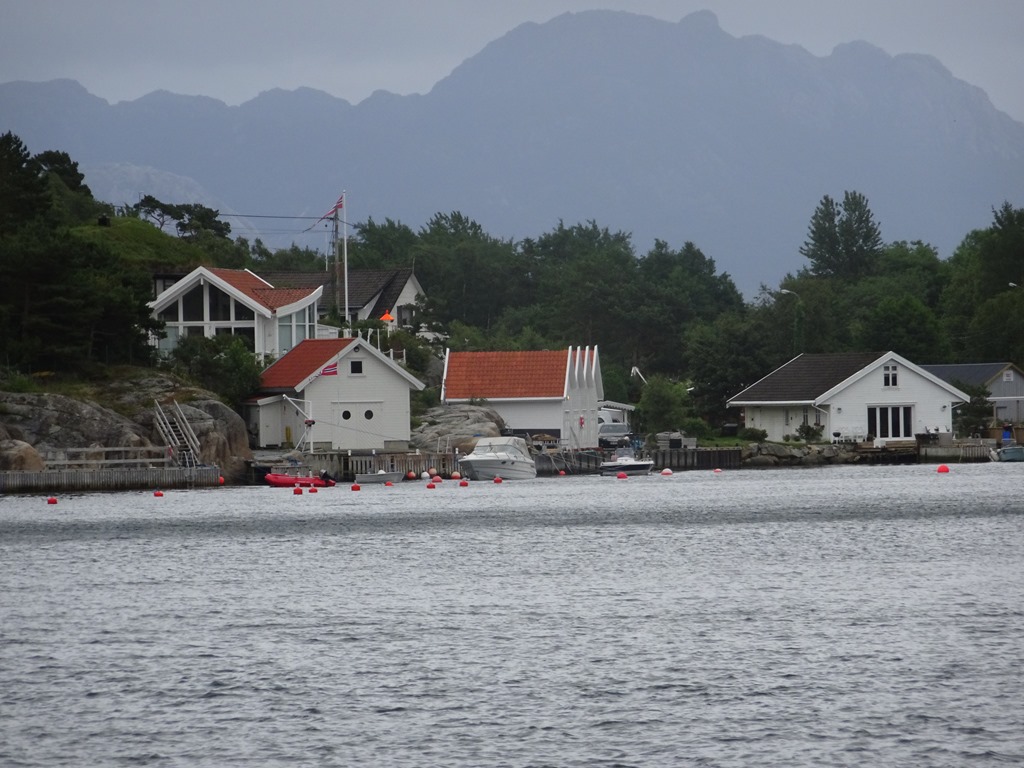 Although Stavanger Norway is certainly a pleasant town, we were there primarily for its proximity to some of the longest, deepest and prettiest fjords on the country’s southern coast. Our primary exploration took the form of a day cruise on and hike along the Lysefjord to the scenic peak of Pulpit Rock, from which we could survey the entire area.

The two-hour cruise, which began in Stavanger, took us up the fjord to Preikestolhytta, near the trailhead. The cruise was lovely, after leaving Stavanger and reaching the head of the fjord, the shores became more and more scenic. From banks flanked by rolling hills we passed a couple small towns, resort homes (including a couple of modern, luxury homes) and the fjord’s two islands. 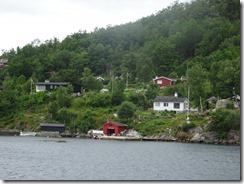 As we cruised further into the fjord, the walls became steeper and steeper and the grass gave way to sheer rock-based cliff faces that soared well over a thousand feet from the surface of the water and in some cases, up to 1,300 feet straight down to the bottom of the fjord. Special treats included a dramatic detour to the entrance of Vagabond Cave (which is surrounded by thousand-foot cliff faces), a number of waterfalls including the particularly pretty Hanging Falls (which the crew mined for water which we all tasted) and a couple of mountain goats (who are lured down to the shore by offerings of fruit from passing cruise ships). 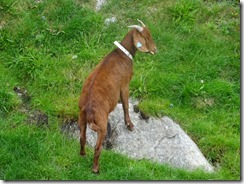 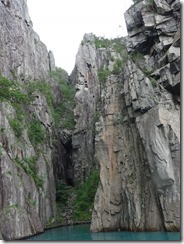 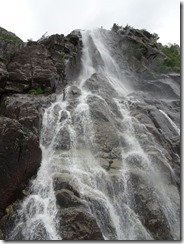 Then, we docked, had a bus transfer to Preiskestolen Lodge, where we had lunch (see below) and then started our hike. From the lodge, we entered onto a steep, meticulously built and maintained stone trail that spanned almost the entire 3.8 kilometer length of the trail. The trail, which contained a number of long, steep stairways, was the closest we have yet seen to the incredible Inca Trail. Although not quite as perfectly graded as the Inca Trail, it is still practically a work of art that was built and maintained by a crew of Nepalese Sherpas. 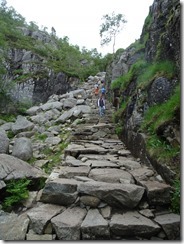 There were, however, downsides to the trail. The first, which is an issue of the trail itself. It is sufficiently uneven that you must watch every step and, especially when descending, plan ahead at least two or three steps at a time. This requires full concentration and dramatically limits opportunities for appreciating the rugged scenery. The other two downsides were not strictly attributable to the trail. One is that halfway down, it began to rain, which made the steep, irregular stone steps slippery. The other was the timing of the first half of our ascent—where met hundreds of a cruise-boat full of Italian hikers who were descending down the trail with little consideration for those who were ascending. Ever wonder what it’s like to be a salmon swimming upstream? Or a tourist dragging two suitcase off a Tokyo subway during the morning rush hour against a crush of salarymen rushing to get to the office on time?

It seemed like half the estimated 100,000 people per year who reached the summit had done so that day. But by the time we reached the summit 90 minutes after leaving the lodge, all the hassle was forgotten. The squarish shear rock summit, perched almost 2,000 feet above the turquoise waters was incredible. Crowded, absolutely! But magnificent views in every direction. 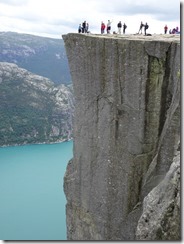 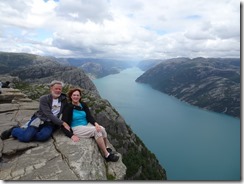 Preikestolen Lodge is the starting point for the trail to and the nearest restaurant to Pulpit Rock. Although we weren’t expecting much from cafeteria-style eating place, we were very pleasantly surprised, both by the size, and especially the quality of our two dishes. These were broiled ocean trout with boiled potatoes, carrots and lightly pickled cucumbers with sour cream and a huge open-faced smoked salmon sandwich with arugula, mayo and chopped eggs. Since we were about to leave for a hike, we went sans alcohol, with Joyce having tea and Tom a bottle of raspberry juice.