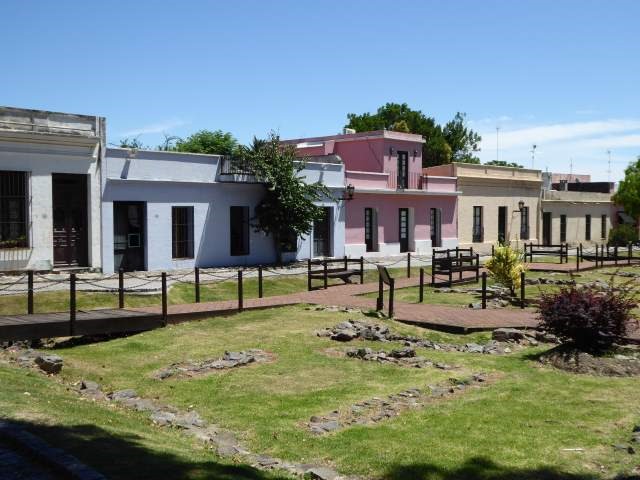 From Montevideo Uruguay, we made our way by a comfortable 3 hours bus trip to Colonia del Sacramento, a UNESCO site. This is the oldest city in the country, and was founded by the Portuguese in 1680, conquered by the Spanish and returned to Portugal a couple of times before being seized by Brazil, and eventually ceded to Uruguay as it gained its independence in 1809. Our visit was generally confined to the Portuguese-developed Old Town, with its narrow, tree-lined, cobblestone streets and its mix of 17th– and 18th-century Portuguese and Spanish architecture. 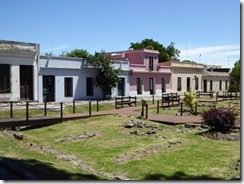 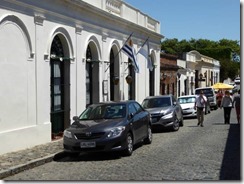 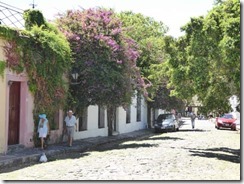 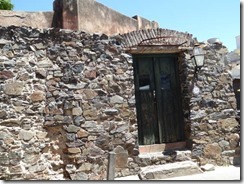 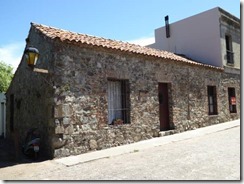 We began with a one-hour guided tour provided by the Tourist Office where we learned about the 1680 founding of the city as a Portuguese fort, the eight conquests and reconquests by these two Latin American colonial powers, and another two short-term conquests and occupations by England (who allied with Portugal against long-time enemy Spain). The guide used the large number of surviving Portuguese and Spanish roads and buildings to explain the differences between the way each approached urban design and buildings. For example: 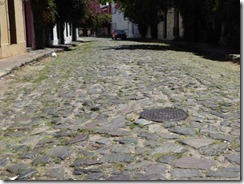 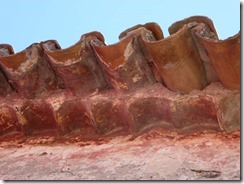 We saw and learned the history of some of the most notable of the historic structures including; 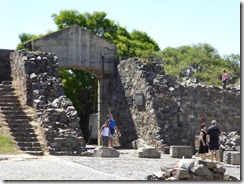 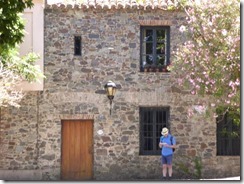 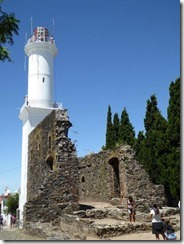 We also learned of and later visited four of the city’s museums that, among them, demonstrate the architecture and period-furnished rooms of an early Portuguese colonial building; the cultural history of the area (from prehistoric times through the 19th-century) and an archive that contains historic documents (this room was closed when we visited) and archeological remnants.

Our guide was almost as anxious to discuss the current living conditions of his home city as he was its history. He explained that the small city receives more than 2 million visitors per year (primarily cross-river, day-trippers from Buenos Aires) who account for 75 percent of the local economy. (Most of the remainder is attributable to agriculture and especially beef and leather production, with cattle outnumbering the country’s human population by four-to-one.)

He took obvious pride in explaining how this translated into a low unemployment rate (two percent), a relatively high standard of living and how this, combined with the pretty, tranquil, tree-lined streets provided a wonderful quality of life.

El Porton. We had time for lunch in the city before we caught the ferry to  Buenos Aires. Our guide strongly suggested what else: beef. We ate at one of his favorite steak restaurants where Tom had a tenderloin steak with mashed potatoes and Joyce had grilled chicken with mushroom cream sauce and fries. Both were very good (at least after Tom returned his medium-well-done steak for the rare streak he had ordered). And of course we had a bottle of wine: 2012 Cuna de Piedra Merlot Reserva.