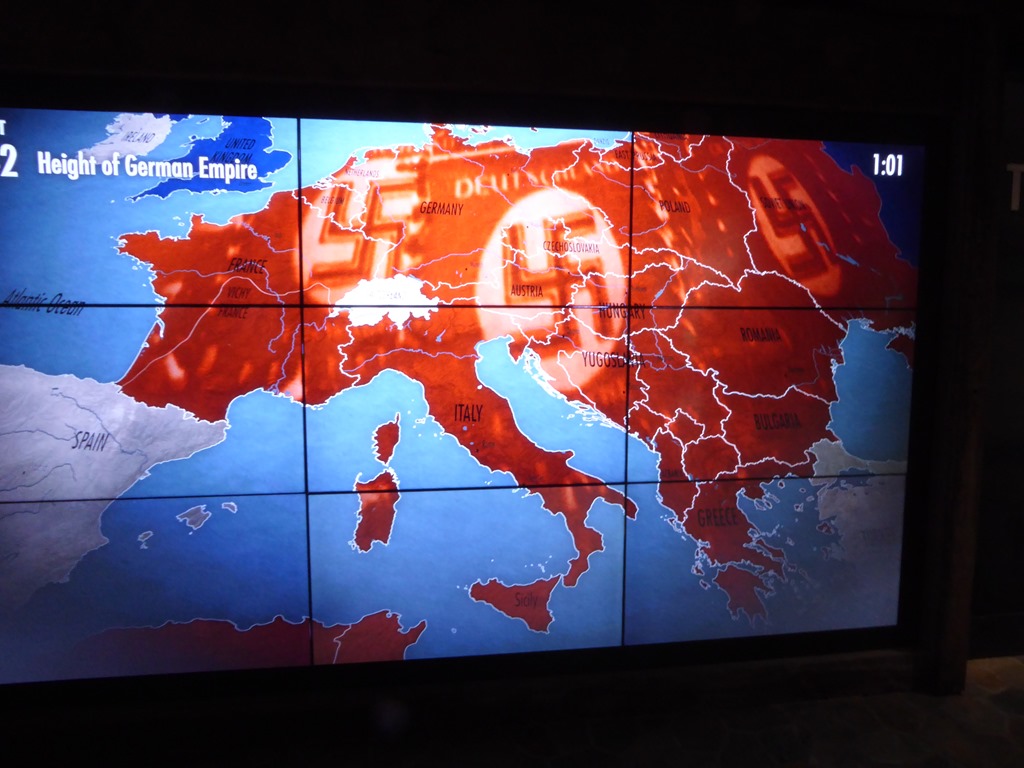 The last time we were in New Orleans, we remember that we were very impressed by the easy-to-follow flow and by the way the voluminous content that this museum presents. We were even more impressed this time and fond that we easily spent 1/2 of a day there examining the different components and exhibits. We especially enjoyed the:

The movie sets the tone for the museum by poignantly documenting the incredible cost of the war—a total of 65 million lives. It begins with the shock people felt when the Japanese attacked Pearl Harbor and how that prompted the U.S.’s complete reversal of the pre-attack isolationism and a nation-wide commitment to do whatever was necessary to defeat the Axis powers. It highlights the most instrumental victories on both fronts: D-Day (which provided the critical western beachhead on the shores of Europe), and the Battle of Saipan (which allowed the U.S. to station bombers within striking distance of Japanese cities). It visually described the horrors of the VI and V2 missile attacks on London, the aerial bombardment of Berlin, the firebombing of Tokyo and finally, the dropping of the atomic bombs on Hiroshima and Nagasaki.

The Campaigns of Courage display explained how the war actually began with Japan’s 1931 invasion of Manchuria and Germany’s 1939 Blitzkrieg takeover of much of Eastern Europe. But even with all this warning, and with allies begging for help, the U.S. insisted that since the wars were confined to Asia and Europe, they were not the concerns of the U.S. This is despite the fact that the Germans had already sunk some American ships transporting goods to Europe. This isolation resulted in a dramatic underinvestment in America’s defenses. The country ranked number 18 (after Romania) in the number of men in uniform and produced virtually no military materiel. This changed dramatically as men volunteered, the draft was instituted and as women and blacks took over the roles of men in U.S. factories. Production, meanwhile, skyrocketed as consumer production was converted to military, rationing and recycling took hold and as partnered with industry to produce plants capable of producing 8,000 military aircraft per month, three times as many as Germany.

The timeline of the war began with North African campaign and the many mistakes made by the under-trained, overconfident U.S. troops and how they gradually got their act together to defeat Rommel and use this position to launch a successful invasion of Sicily and, after a longer-than-anticipated war of attrition, the liberation of Italy and the gradual penetration into southern France.

The vast majority of the first floor’s “Road to Berlin” exhibit, however, was dedicated to D-Day, the securing of Normandy, the liberation of Paris and, just as the Allies through they were on the verge of winning the war, the setbacks, especially in the Ardennes.

D-Day was a big focus, both of the Road to Berlin in the Campaigns of Courage building, and also across the street in the Louisiana Memorial Pavilion. Since we spent a lot of time in two D-Day museums on a recent trip to Normandy France, we went through this section of the museum rather quickly. This being said, one cannot help but to be moved by Eisenhower’s incredibly difficult decision to go ahead with the invasion, with the horrors of men trying to reach the heavily defended beaches and the sheer scale of the endeavor (150,000 troops) and the cost in lives (12,000 dead, including 4,700 Americans). Although the Allies certainly encountered more challenges in liberating the rest of France (especially in avoiding enemy soldiers hiding in Normandy’s dense hedgerows), they did manage to liberate Paris rather quickly.

Winter in Northern Europe, however, was much more difficult. Allies had to breach the heavily armored and defended Siegfried Line, defend against and then overcome the large, unexpected Battle of the Bulge offensive, and then survive a tough winter in the Ardennes forest, where Germans could easily hide and from which they could launch surprise attacks. Once they overcame these obstacles, the troops, aided by relentless bombing attacks by American planes, eventually took Cologne and marched through the rest of Germany until they met the Russians in Berlin. 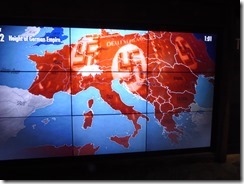 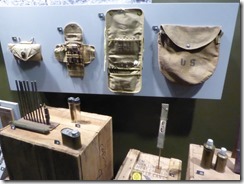 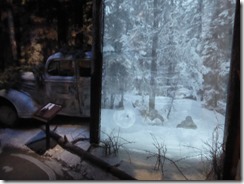 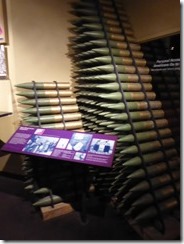 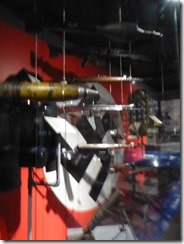 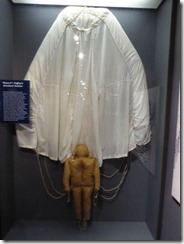 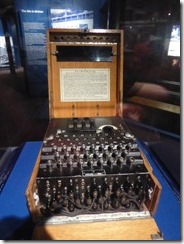 The Campaigns of Courage Pavilion presented a well-organized, easy to follow rendition of the war in Europe. We expect the new second floor exhibit on the War in the Pacific to do the same for the War with Japan. The U.S. Freedom Pavilion, meanwhile, displays and provides documentation regarding the ground vehicles and aircraft the U.S. employed in WWII, including the impressive Boeing B-17 Flying Fortress. It also has a vintage submarine that is open for touring. 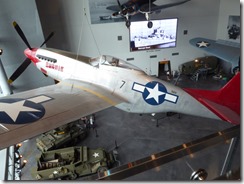 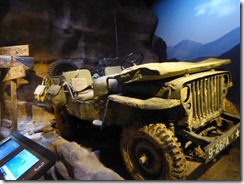 We were, however, somewhat confused by the layout of the Louisiana Memorial Pavilion, with displays that duplicates some of the information in the previous Pavilion, and supplements it with new perspectives on issues including America’s lack of preparedness for the war and the D-Day preparation and invasion.

It also provides an overview of the Battle of the Pacific, which we expect will be addressed in greater detail in the second floor of the Campaigns of Courage Pavilion. This being said, the display did provide valuable perspective on the speed and the scope of Japan’s conquest of one country after another in Asia, Indochina and the Pacific. It provided a detailed accounting of the losses America incurred in Pearl Harbor (18 ships, 300 planes and 2,400 men) and the saving grace in that the aircraft carriers were at sea during the attack and how this was followed by our loss of the Philippines to Japan.

It then examined a progression of U.S. initiatives and victories in campaigns including the Battle of the Coral Sea, the crippling blow the U.S. Navy struck against Japan in the Battle of Midway, the importance of capturing the Marianas, the costly capture of Iwo Jima, the devastating firebombing of the Japanese mainland and the particular death and destruction incurred by the crowded, wood and paper city of Tokyo. It provided an overview of the Truman’s difficult decision to drop the Atomic bomb and how the Hiroshima and Nagasaki bombs ended the war,

The chronological timeline of the war was broken by discussions of a number of war-related issues that do not fit within a chronological view. These included:

This is a very informational and moving museum. They have done a great job in making you feel a lot of the horrible emotions that participants and leaders must have felt. It is a must see if you go to New Orleans even for those who do not like war. Just plan on spending enough time there.