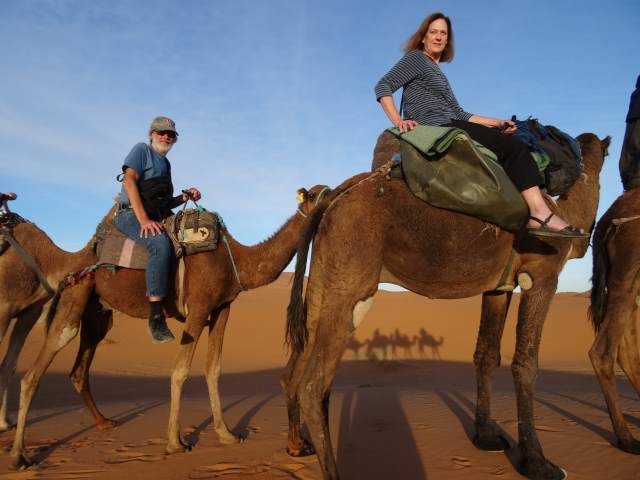 A Night at the Erg Chebbi Dunes

While the drive through Morocco’s Atlas Mountains was beautiful, one of the highlights of our 4 day journey was to be the dramatic Erg Chebbi dunes. These extend about 20 miles from the stony, semi-desert beginnings to steep—up to 820 feet-high—dunes for as far as the eye can see. Entry, as would be expected, requires an hour camel ride (or a roughly 20 minute 4×4 ride, which was not an option).

We mounted our camels and took off. After a short ride through a palm grove, we reached a seemingly endless expanse of wind-sculpted sand that, depending on the sun and shade, ranged from rust, to brilliant orange to brown sand interrupted only by camel turds, (like breadcrumbs to allow us to retrace our paths), patches of desert grass and, this being a tourist spot, an array of empty aluminum cans and plastic bottles and bags. And, as one would never guess from the continual groans of the woman on her camel behind Tom (no, not Joyce), the hour camel ride was nowhere near as unpleasant as we remembered from our previous camel riding experiences. In fact, given the surroundings, and the ever-changing shadows our caravan cast on the sands, it was almost serene. 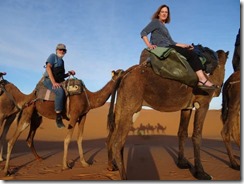 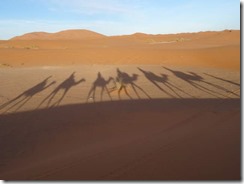 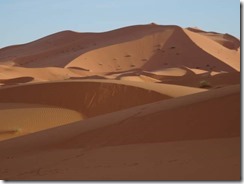 We eventually reached the end of the line; a grouping of Berber-style tents, circled to protect against sometimes violent windstorms, each lined with mattresses on the ground. (So much for sleeping on the sand, under the stars as we did on our last desert-like outing during a rafting trip through the Grand Canyon.) After waiting in vain atop a dune for a non-spectacular legendary desert sunset, we retreated to our camp for dinner (tomato, sautéed onions and rice, followed by turkey tagine and fruit). 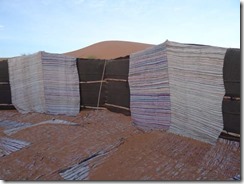 When we went to bed at 11:00 PM, we were disappointed to see a bright three-quarter moon shaded by clouds, making it impossible to see another of our much anticipated sights: a dark sky illuminated by a blanket of bright stars. But, when we woke about 2:30 AM and looked out of our tent, the moon and clouds had disappeared and we were rewarded with the most star-studded sky we had seen in years. Beautiful.

Then, about 6:45 AM, the eastern horizon began to brighten and we got a 45-minute beautiful sunrise show. This was followed by another hour camel ride back to the hotel for a much needed shower and breakfast, where we met up again with our driver/guide Moha, from Over Morocco, to take a long-5.5-hour drive northwest, between the Mid- and High Atlas mountains. Our primary sight, although the expanse of mountains to both sides—a drive through many more ksars and ksours, plus another, much more dramatic gorge that cuts the High Atlas range—the Toudra Gorge. 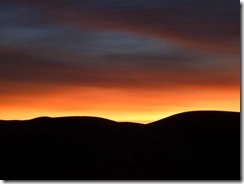 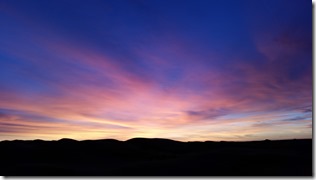 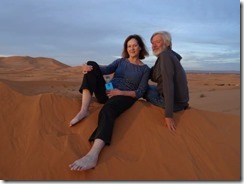