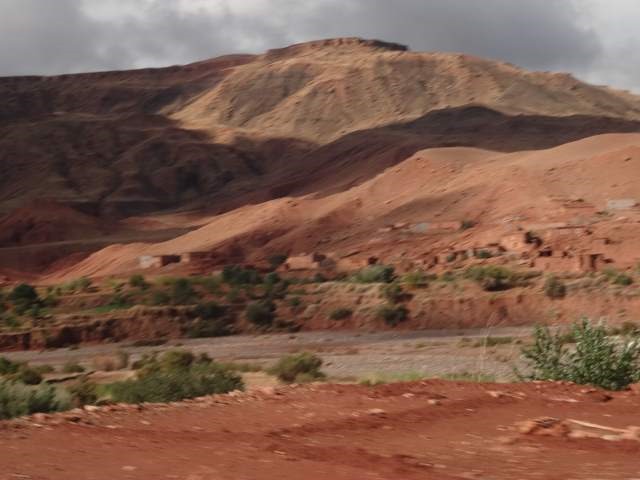 As we continued on our journey through Morocco’s Atlas Mountains to Marrakesh through the Atlas Mountains with our excellent driver/guide  Moha, from Over Morocco,  we set out the next morning on the remainder of the way to the Erg Chebbi dunes, driving through the sparsely vegetated rock desert of the Mid Atlas mountains, and up into the High Atlas Mountains, which reach elevations of about 12,500 feet. Although the entire mountainous area is beautiful, the most dramatic sight of this drive (at least until we reach Erg Chebbi) is Ziz Gorge. 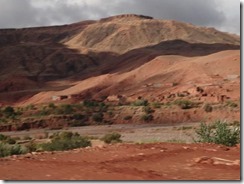 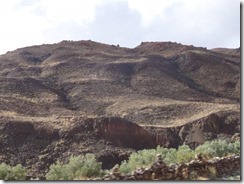 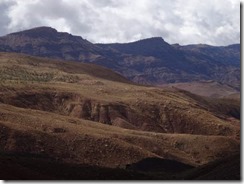 The Ziz Gorge is a 320-meter deep gorge that the Wadi Ziz (the Ziz River) carved through the mountains in an area between where the river emerges from an underground tunnel and where it disappears again into the sands of the Sahara. Before it does disappear, there was enough flow to create a dam to control periodic flooding and to provide a reliable source of both water and electricity to the region. 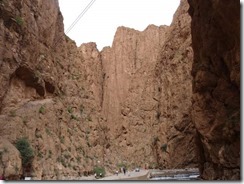 Driving through and out of the gorge we pass a handful of fortified villages called ksars. Although many of these ksars were abandoned after the most recent of the pre-dam floods, they remain scenic reminders of a not too distant past when agricultural families and villages had to protect themselves against bandits. 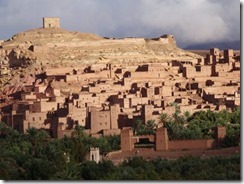 We even passed a couple old French Foreign Legion forts that were built to subdue a restive Berber population anxious to free themselves of French control. But while the French did subjugate the population, they also brought benefits to the region, including the road system and the tunnel that provided access to the gorge through which we road—a road that provided the first direct access to the far south of the country. 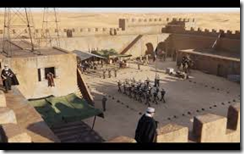 Then, after passing a few more small cities, including the administrative, military and date farming center of Er-Rachida, we travelled further into the stony desert, passing more palm and apple groves. Between the groves, arable land began to yield to occasional spits of sand, fronted by palm frond fences intended to slow the inevitable advance of the dunes. And more ksars, including the particularly large El-Lamaadid ksar. 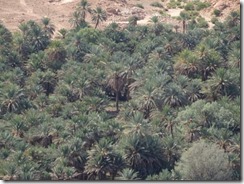 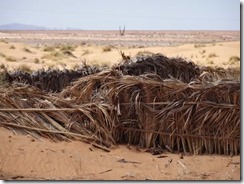 We then stopped in Maroc, the town in which Moha, our driver/guide grew up and in which his family still lives. We first stopped at the local date market, where we tasted medjool (the premier dates of the region), fagaus (with honey-like sweetness) and khalt (smaller, less sweet) dates. We bought a box of fagaus that we committed to finishing before we returned home (since we can’t take fruit into the U.S.). Then we had a special treat as Moha invited us to have lunch at his parent’s house for a very tasty and filling Berber lunch of Madfouna, or Berber Pizza–flatbread stuffed with lamb, egg, sautéed onions and a range of spices (coriander, parsley, cumin, salt, pepper, etc.). 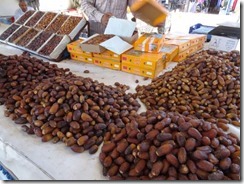 Then, in the town of Resani, the home of more than 300 ksars including the huge Zaouit Sidi Ali ou Ahmed, and, further out of town, to an uprising where we saw how dunes, despite attempts to restrain them, were steadily overtaking a palm grove, and where the High Atlas transition to the black Anti-Atlas mountains.

Then, one final stop, at the Mausoleum of Moulay Ali Cherif, the great-grandfather of Moulay Ismail and founder of the Alaouite sect, before proceeding to the Black Desert (the color of which came from the volcanic ash of the Anti-Atlas Mountains) and arriving at the spot at which we would enter the Moroccan dunes, in which we would spend the night. 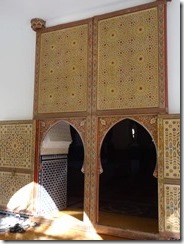