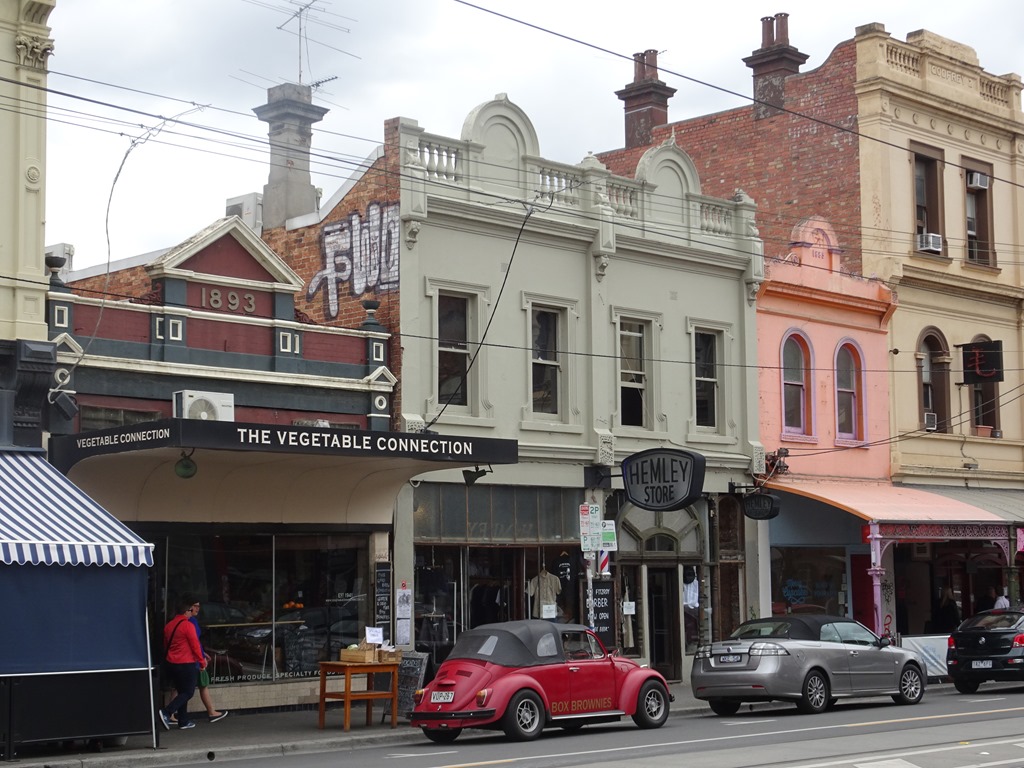 Although we spent most of our limited Melbourne time in and around the CBD (city center), we did venture out to some of the more interesting outer districts. We found two, in particular to be especially interesting.

Fitzroy, which is technically beyond the CBT, was a near-in working-class neighborhood that supposedly began gentrifying in the 1990s and 2000s. Although the level of gentrification is much less than we had anticipated from the descriptions, it is considered one of the most “hip” neighborhoods in the city. 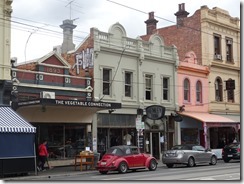 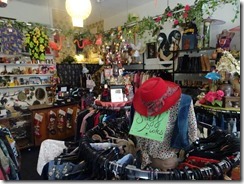 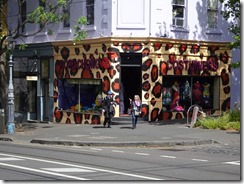 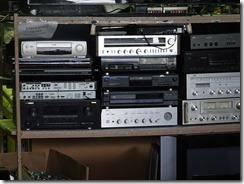 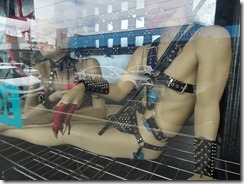 Fitzroy Gardens, meanwhile, is a lovely, roughly four-block park with attractive landscaping, gardens and fountains and a couple of special treats. These include a scale model of a traditional Tudor village and the oldest building in Australia, which is actually the cottage in which Captain Cook, the navigator who first charted and led to the settlement of East Australia, was born in England. (The 1755 cottage was disassembled, shipped to Melbourne and reassembled in 1934.) 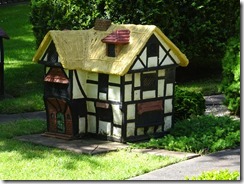 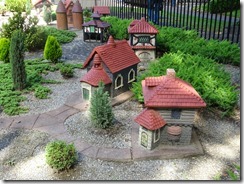 Another neighborhood gem is the Victorian Artists’ Society Building. Designed and built as a galley in 1892, the Romanesque building served as a training ground for a number of the country’s most important artists. Although the exterior is lovely, the interior (which was closed the day we hoped to visit) is supposed to be (as explained in the Society’s brochure) in great need of funds for repair.

In addition to exploring restaurants, stores and galleries, we did make a couple of specific stops in the neighborhood. One for lunch and another for drinks in a popular rooftop bar.

St. Kilda is a more distant suburb, about 4 miles south of the city along one of the area’s more popular beaches. We walked to St. Kilba along the very busy St. Kilba Road, which is lined with high-end, high-rise apartments and condos—not to speak of the Shrine of Remembrance, the still-manned Victoria Barracks and Victoria Park with its floral clock. This walk, in itself provided a very interesting contrast to the CBT and to Fitzroy. We returned along another route, through the huge, very pretty Albert Park, and along its lake around which the city holds its annual Grand Prix race.

Although the walk to the suburb was interesting in itself, we were particularly taken with St. Kilba itself. Barkly Street, and especially the half-pedestrian mall, half tram tracked-Acland Street are lined with interesting restaurants and outdoor cafes. Turning the corner, you are face-to-face with a wide-mouthed smiling clown, though which you enter an amusement park, complete with roller coaster, Ferris wheel, midway and many other rides and attractions. 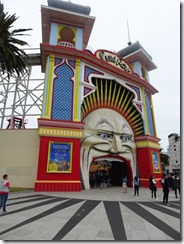 Since we went on a Sunday afternoon, we then reached the St. Kilda Esplanade Market—an esplanade lined with more than 120 tents staffed by local artisans offering everything from clothing and candles, to jewelry and oil paintings. 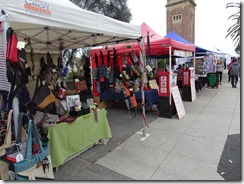 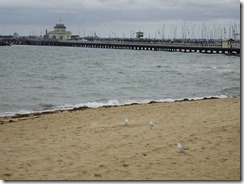 The esplanade takes you to the pretty boardwalk-lined beach and a line of parks that lead halfway back to the city. A lovely way to spend an afternoon, especially if you combine it with a stop at one of the town’s restaurants. Although there are many interesting choices, we selected:

Claypot Seafood Bar, a very casual establishment that welcomes guests with a case displaying a large selection of fresh seafood. They explained each of the fishes to us, including their textures, their tastes and how they are prepared. We chose stingray, pan-fried and then baked with a soy-based crust, that was accompanied by rice and bok choy with soy sauce. Although the restaurant has a large selection of, and interesting preparations of fresh fish, it is also known for its claypots. It offers a choice of four very different preparations. We chose the Singapore claypot, which has rice, prawns, mussels and fish fillet cooked in a coconut milk-based broth of chili, carrot, coriander and ginger sauce. Although we enjoyed both dishes, the stingray came with a huge slab of meat, while the claypot came with very little. And while the seafood and rice in the broth were, not surprisingly, cooked a bit beyond our preference, the broth made an excellent topping for the rice that came with the stingray. Overall, we enjoyed the food, the atmosphere of the garden and the 2012 Langhome Creek (near the Adelaide Hills) Gilgamosih Tempranillo.