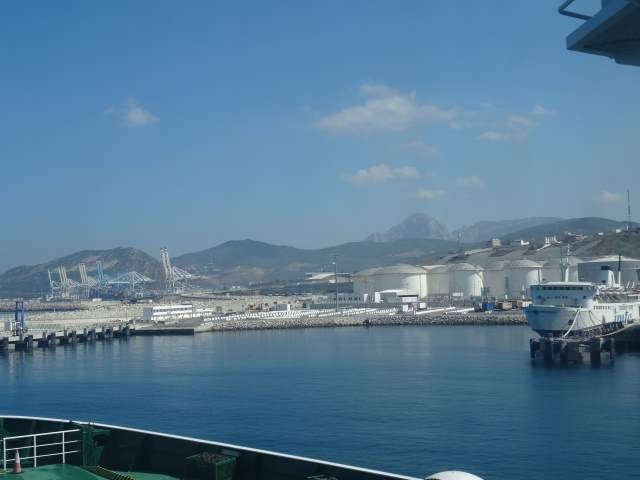 It was time to move from Spain to our next country, Morocco. But first we had to get there. We decided to take the 106 km rail line between Ronda, Spain and the industrial port town Algeciras, Spain where we would board a ferry to take us to Morocco.

The train trip is generally regarded as the most scenic in the country. Although it was by no means the most scenic train trip we have taken, it is indeed pretty: a landscape of rolling hills covered, alternatively by fields and forests, punctuated by views that range from dramatic mountains on the northern parts of the trip, and osprey nests atop power transmission towers as we approached the coast. Along the way, views of and stops at a few pueblo blancos (white towns) and hilltop fortresses. 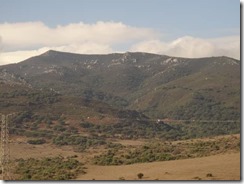 Although the port town of Algeciras itself offers little for visitors, it is only 30 km from and offers direct ferries to Morocco and is only 14 km from and offers good views of the Rock of Gibraltar. We had decided to not visit Gibraltar, but our ferry passed almost closely enough for us to feed the wild Barbary monkeys that inhabit the headland. Okay, perhaps not that closely, but certainly close enough to see the rugged upper reaches of the headland and the densely urbanized lowlands. 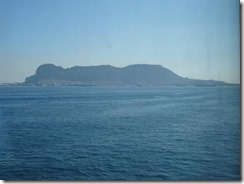 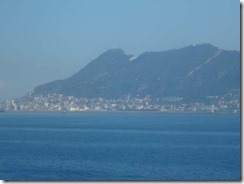 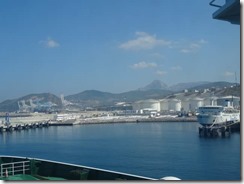 If you take this ferry, make sure you read this

Unfortunately, we ran into an issue in disembarking the ferry. Apparently there was an announcement which we didn’t hear on the ferry that told everyone to get your passport stamped on the ferry during the voyage. By the time we knew about this, the border police had closed down the booth. The result? We were stuck on the ferry and were not able to get off the boat until the border police returned to stamp our passports. That took 2 hours of us nervously pacing the hallways. In fairness, the ferry boat staff kept us informed and assured us that the ferry would not leave before the police got back on the boat and stamped our passport. Still, we were captives. Then finally the police came aboard and stamped our passport. The ferry people called the bus to transport us from the ferry to the ferry building. And then somehow the taxi driver that was supposed to meet us to take us to our hotel, found us. We still don’t have any idea on how that all worked, but it did. Other than losing 2 hours, all ended well.