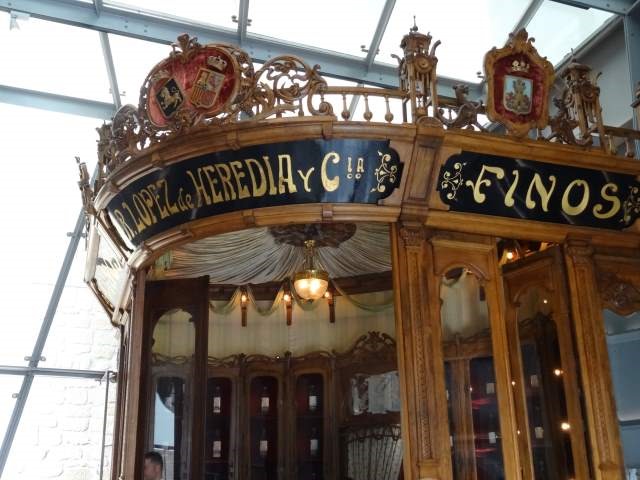 We love Rioja wines but never visited the area. But since we were so close to it, we decided to take a day trip from Bilboa Spain into the town of Haro, the center of the Alta Rioja region, whose higher elevation and a climate coolor than the more inland Rioja Baja (from a combination of Atlantic, Mediterranean and Continental climates) produces leaner, less fruit-forward, lower alcohol wines, with reds typically consisting of varying combinations of Tempranillo (which primarily provides taste and ageability), Granacha (body and alcohol), Graciano (aroma) and Mazuelo (spices). White wines from this area generally consist of Tempranillo Blanco and Viura grapes

Classification of these wines depends largely on aging:

Many premium wines, however, are aged much longer than these required minimums.

We toured one Rioja Alta winery and tasted at that and five others.

López de Heredia, the oldest, and one of the largest wineries in Rioja, is by far, the most traditional. And since the founding family still owns the property, and that’s the way they want it, it is likely to stay that way. Just how traditional is it?

We have toured many winery tours and we have seen nothing like it. As soon as you walk out of the very modern reception room (which does have a lovely, hundred year-old carved wood reception booth), it’s like you have stepped back a hundred years. Our first stop was on the loading dock where employees were just bringing in the morning’s tempranillo harvest. True, they did transport the grapes on trailer pulled by a tractor and they did fed the bunches through an early-generation destemmer. But the rest of the tour transported us through a time warp. To provide some examples:

Overall, a fascinating, living tour through the history of winemaking and a great place to visit to see something different. 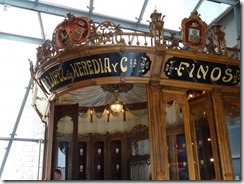 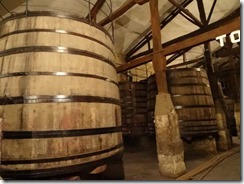 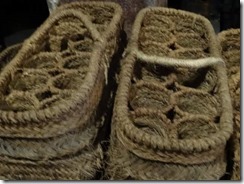 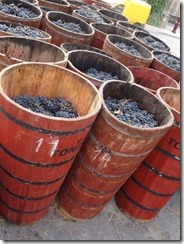 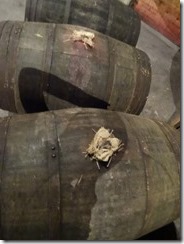 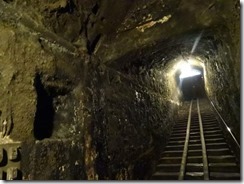 We also tasted some wines from several other wineries:

We also had time for a walk though the old town, with its church atop the hill, its narrow, winding streets and its central square, lined with restaurants and graced with a mural that pokes subtle fun at the city’s engrained wine culture, and the many sculptures located around the town. 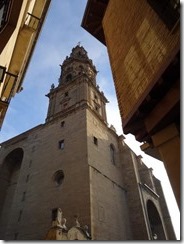 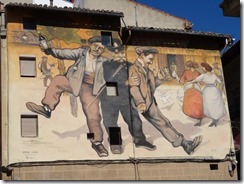 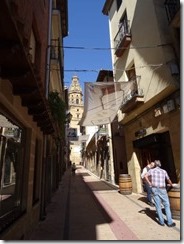 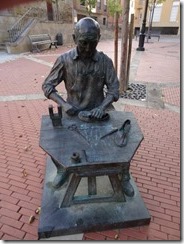 Lunch was less interesting. With the most highly recommended restaurant closed the day we visited, we ended up at the second recommendation, Beethoven. Aside from the music, was quite a disappointment. Our server forgot to bring our wine, the roasted lamb was at least half fat and and the Rioja-style cod was overcooked. But other than that, it was fine!