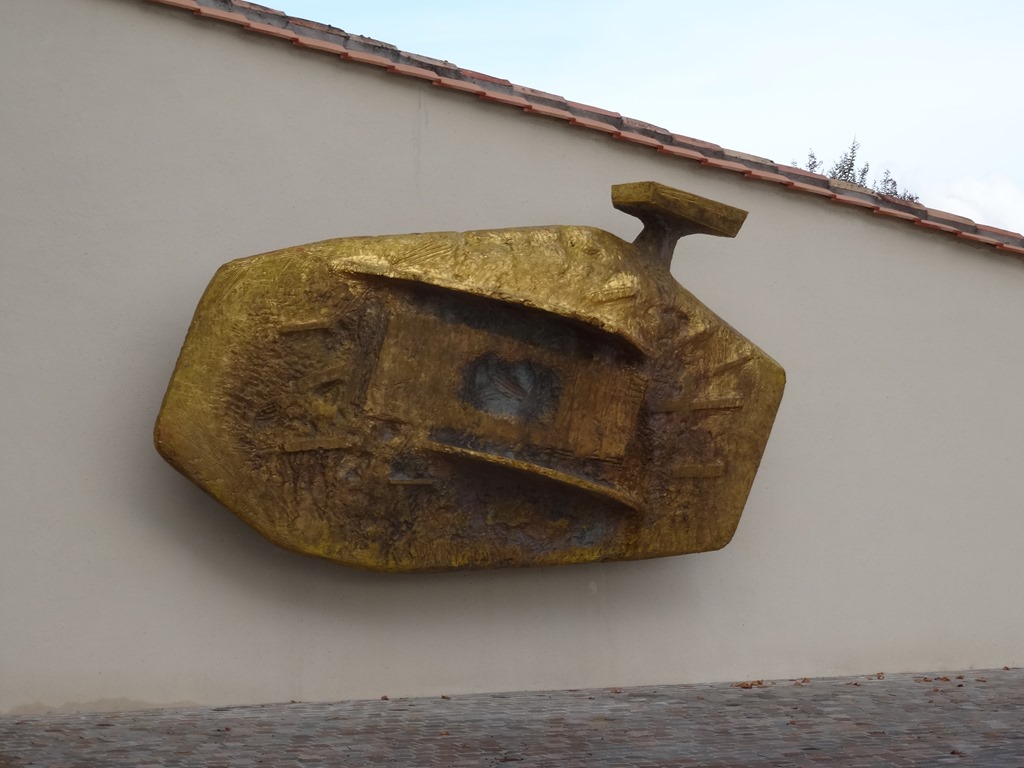 Day 2 of our Bordeaux Grand Cru Harvest Tour with our host Ronald Rens started with breakfast at the Château Coulon Laurensac of delicious croissants, yogurt, and fruit. Then we boarded our bus around 8:00 AM to begin our first full day on our tour. Today we concentrated on the wines of the Northern section of the Left Bank of the Gironde River. This 40 mile-long peninsula, between the river and the Atlantic, which is home to such famed wine producing districts as Pauillac, Margaux and St. Julien. The prime wineries are located closest to the river and are characterized by fine gravel that provides the drainage that stresses the wines—ideal for the cabernet grapes that are primarily grown in this region.

On the hour ride to our first stop, Ronald Rens, our very knowledgeable guide, took us through the winemaking process, from the regions-specific terroir to the ways grapes are picked, and the hazards of rain at harvest. No, this was not a boring lecture. Ronald kept the information flowing in a lively and fun manner that educated us while keeping us involved. We learned of the difficulty of finding pickers because all chateaus tend to harvest around the same time. And how college students and sometimes even the unemployed are recruited for this role. He discussed the evolution of processes, such as for sorting grapes (some places are now using optical scanners to identify only the best grapes), the primary and secondary fermentation processes (including the growing use of concrete tanks) and how aging in barrels differs for first label wines (all new barrels) and second label wines (often using about 40 percent second barrels). The discussion even went into what is done with the egg yolks left over from the fining process (traditionally going into crème brulée, crème anglaise and special egg yolk cake, etc. although most wineries now buy either egg whites or powered egg whites so they don’t have to figure out what to do with the yolks.)

He also discussed the impact of the cost of these processes on smaller, unclassified wineries, and the compromises they are forced to make in order to survive.

Just how great are these pressures? Ronald gave us an indirect example based on the compromises premier wineries are forced to make in determining which juice will be released under the wineries primary label and which under the second. A couple of barrels of first label wines can yield approximately 1 million euros in revenue. The same barrels of second label; about 30,000 euros. Quite a difference. But, as he also discussed, premier wineries have no trouble making these determinations—they make so much money from highly rated wines from premier vintages that they are generally more interested in getting a high rating for their wine than they are in increasing the yield.

We enjoyed tours and tastings of the following wineries:

Chateau Mouton Rothschild (1er Grand Cru Classe, AOC Pauillac at Premier Grand Cru Classé Chateau Mouton Rothschild). We went to the fields where we tasted some of the grapes), visited the vat rooms (with their custom oak tanks with glass strips though which they can view the progress of the fermentation), a couple barrel rooms, the reserve room and of particular interest, the museum rooms—both for the Rothschild’s private art collection (including the carpet commemorating Napoleon III and Queen Victoria’s signing of a Treaty of Commerce that opened the wine trade between the countries) and even better, the room with the original art that has graced every Chateau Mouton Rothschild label since 1924. These include labels from Miro and Chagall, one from Balthus that was banned from the United States as the US felt it was child porn, and especial, the Picasso label that commemorated the year in which the Chateau was finally granted its designation of First Growth (long story). And, oh yes, there was the label done by Prince Charles, who defied custom of giving the original artwork to the Chateau.

Then, best of all, to the tasting room, where we tasted three 2014 Rothschild wines that are still in the barrel:

Prieuré Lichine (4e Grand Cru Classe, AOC Margaux). We arrived here just in time to see employees deliver and sort a load of grapes and feed them to the de-stemmer. After a

brief tour of the winery (which has been recently upgraded to new, custom-shaped concrete vats), our treat came in the form of a four-course lunch—with wines—in the winery’s 14th-century private dining room. First came scrambled eggs with roasted chanterelles served with Le Blanc de Chateau Prieuré-Lichine 2014, AOC Bordeaux, a white wine made up of 60% Sauvignon Blanc and 40% Semillon in 30 percent new oak). Next came a blind tasting of two Cabernets:

Then, we had a brief stop to see the outside of Chateau Margaux (we did not stop for a tasting but the building was beautiful to see).

The day’s tour was now over and we took a long, traffic-clogged ride back to the chateau for a very brief change before dinner at a Bordeaux brasserie (see our previous blog on the dinner).

The wines we tasted today were: