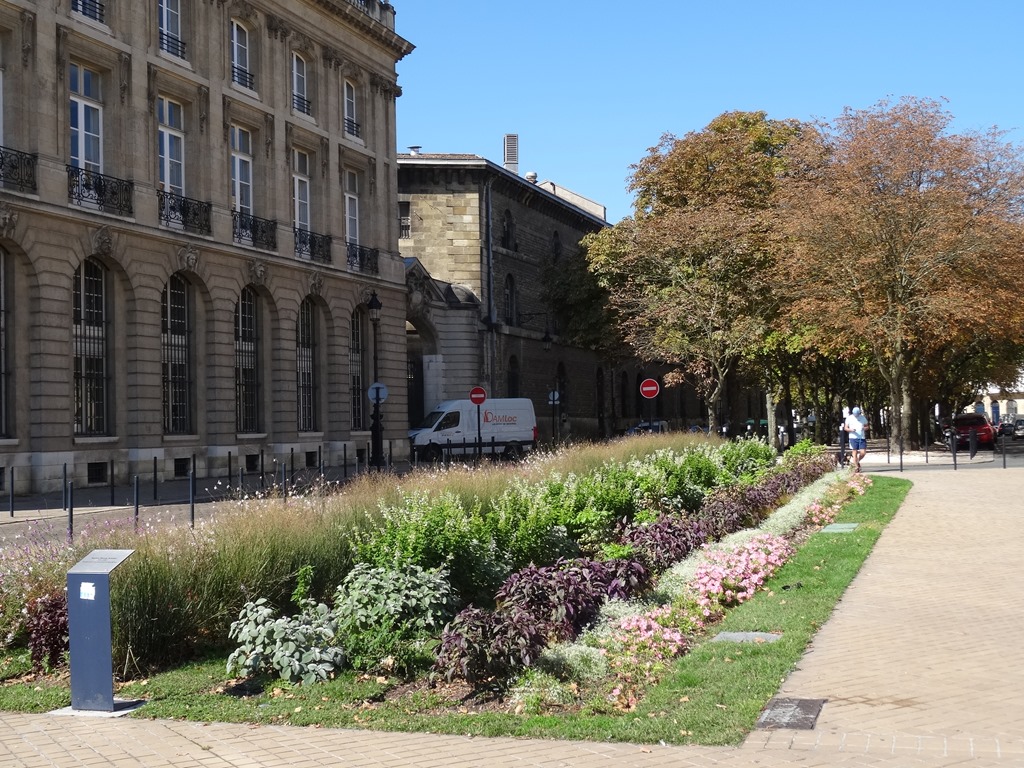 Bordeaux France is one of those places that we always wanted to visit, but had never made it there. On this trip to France, we planned to rectify that gaping hole in our wine education (not to speak of our appreciation) with a few days visit in September during harvest. As we searched for touring options, we found an amazing harvest event, Bordeaux Grand Cru Harvest Tour,  that was organized by The Bordeaux Wine Experience in a local luxury villa, Château Coulon Laurensac. It would not only house and feed us, but also get us into (not to speak of taste the wines from) several First- and Second-Growth producers that we could have never dreamt of getting into ourselves–even though we are in the wine trade. And these aren’t just any leading producers, mind you, but wine-producing legends including Chateau Mouton Rothschild, Chateau Haut Brion and renowned Sauternes dessert wine producer, Chateau d’Yquem! Could this be a dream come true?

We faced only two big obstacles. One was the price tag: a staggering (at least for our non-stop travel budget) of 4495 euro each for five day/six nights of eating, sampling, drinking and learning decadence. But, after exploring many, many options that would be both logistically and financially challenging, and offer far less intriguing experiences (it’s amazing the type of rationalizations you can come up with to justify this type of experience!), we took a bug gulp and decided to sign up. Then came the second obstacle: by the time we had made our decision, the event had sold-out. (Nothing can make you want something more than convincing yourself that you really want it—and then being deprived of it.)

As luck would have it, however, we received an email about a week later telling us that one couple had dropped out. Were we still interested? Hummmmm. YES!!! We jumped at the opportunity and arranged to go to Bordeaux as part of our trip to France. We arrived early enough in Bordeaux to give us an opportunity for a leisurely introductory walk through the city by ourselves before we had to face the arduous task of tasting wines and eating great food.

This first blog talks about the city of Bordeaux. A day-by-day blow of our wonderful wine tasting experience comes in the next blogs.

Exploring the City of Bordeaux

Bordeaux, a major port for the last 2,000 years, is now the seventh largest city in France. Its 18th-century historic district, however, is relatively compact with a number of wide avenues lined by mansions including:

As you can see from the pictures, it was a pretty town. But it wasn’t exactly a city we would rush back to spend much time in. Maybe we were too busy anticipating wine tasting. We did, however, have two meals in the city: one lunch on our own and one dinner as part of our tour.

Lunch was at Comptor de Cuisine, in the Grand Hotel (although it is located in the hotel, it is independent of the hotel). Frankly, we were rather disappointed. We started with seared foie gras on roasted apple with arugula salad, pistachios, slivered almonds and pine nuts. While it sounds good, it was so overcooked that the foie gras did not retain any of the wonderful flavor that we sought. And, when cutting into it, no fat came out..that is how overcooked it was. We probably should have asked for another piece cooked properly, but we didn’t. Then came the main dishes. Tom had a very overcooked veal chop with mashed potatoes and mushroom fricassee, He specifically ordered it rare and we had a conversation with the server on what that meant. Guess the kitchen didn’t understand. We did complain about this one. The server agreed it was not cooked as requested and said she would let the chef know. At first we thought another piece might be coming properly cooked but as time went on, it was obvious that Tom was to eat the overcooked piece. Joyce had foie gras ravioli, which one would think could not be ruined. However, it was too diluted by the poultry stock in which it was served and the white bean foam didn’t add much. Not a very good experience.

Our second meal in Bordeaux was part of our wine tour where our host arranged for all participants (13 of us plus our host) to eat at  La Tupina. This is a traditional French restaurant that, as suggested by the oven fireplace (which used to be used for roasting sides of local beef) and sausages hanging around the room, specializes in meat. We were allowed to choose from a number of dishes to have.   We both began with a large (and we mean large) slab of homemade duck foie gras terrine, which was good and almost a meal in itself. As Joyce is not a meat lover, she ordered and enjoyed the sturgeon. Tom enjoyed the beef (grilled over a cabernet wine fire) with cepes (French brown-cap mushroom) in cream sauce. Desserts (a polenta-like pancake with strawberries fruit and a chilled strawberry soup) weren’t particularly memorable. Bottom line, it is a nice place to go to have traditional food.

Since this was part of our wine experience, Ronald, our host, paired wines with the food. Although we both enjoyed the sweet white wine served with the foie gras (Gros Manseng doux 2014, Vin de Pays des Côtes de Gascogne), neither of us enjoyed the red (Chateau Haut Selve 2010, AOC Graves). And since part of the trip was around educating us about Bordeaux wines, our host had a special bottle of which we had to try to identify the year—1982—and the providence—St. Julien). This Chateau Branaire Ducru 1982, 4e Grand Cru Classé, was supposed to be one of the best wines of one of the three best vintages of the century. Although about half of the guests really enjoyed it, we both felt it was a little too acidic and harsh for our tastes. But let’s face it, wine enjoyment is subjective. If we all liked the same thing, we’d have problems……