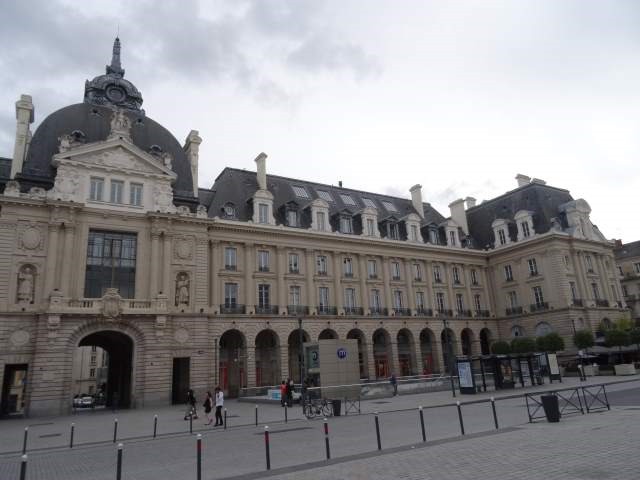 As we continued our drive in Brittany France, we moved on from Dinard inland from the coast to Rennes, the largest city in Brittany. Rennes, which was largely destroyed in a fire in 1720, has few historic sights and little in terms of tourist appeal. Even so, it does have some history as in its 15th-century Porte Mordelaises (and adjoining 3rd-century city walls which are the subject of a current archeological dig) and the neighboring rue de Monnare, which has exposed city walls and and an 18th-century hotel now used as an officer’s mess.

Our favorite areas, however, were the streets around Place St. Anne and Place des Lices, with their 17th-century half-timber houses, funky clubs and student bars whose activity spilt out onto the sidewalks and nearby parks. 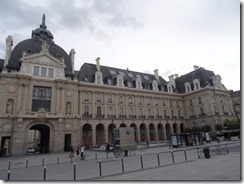 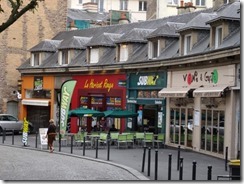 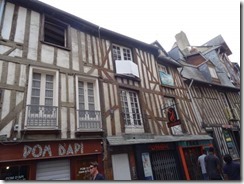 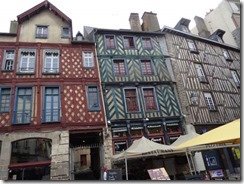 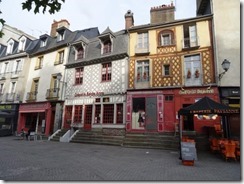 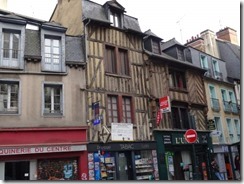 We had dinner and spent the night in Rennes

Although most of the better restaurants were closed on Sunday, our hotel suggested Taverne de la Marine, a brasserie nearby our hotel whose atmosphere, food and service we really enjoyed. We had four dishes accompanied by a 2011 Fourchaume Premier Cru Chablis. Our appetizer was chilled steamed lobster with lettuce, tomato and a very good potato salad with carrots and peas mixed in. We had two main plates: veal sweetbreads with herbed cream sauce and sea bass with beurre blanc. (both also came with rice (with the sweetbreads) and potatoes (with the sea bass) and steamed vegetables. Although we both fully enjoyed the protein and sauces, the rice potatoes and vegetables were a bit too well done for our tastes. We finished up with a plate of four chesses, of which we particularly enjoyed the Livorro, the Camembert and the goat cheese.

Our hotel was Hotel Balthazar 19 rue Marachal Joffre, a beautiful historic building redone into a luxury hotel in the old historic area. You can drive to the hotel and they will valet park your car in their lot (you can’t drive into the historic section). Parking is a little pricy, but it is a lot easier than trying to find a space somewhere. Our room was fairly large with a separate room for the toilet. The tub was deep and the shower very large. Staff was there to help with every detail. Our only nit is a common one with older buildings….the lack of power outlets by the bed. Only one outlet by each side of the bed, which was used by the lamp. Since we also had lights over the bed, the bedside lamp got unplugged to allow our cell phones to charge.

As we continued on the road in Brittany, we reach Chateaugiron. This small medieval village about 15 kilometers from Rennes, with 15th– and 16th-century houses and even its own castle. The entire town center, with its well-maintained half-timber and other period homes and businesses are lovely, the 11TH-century Norman castle (originally built to protect Rennes) and subsequently converted into a private chateau, and now into the Hotel de Ville, is the centerpiece of the town and its most prominent tourist site. 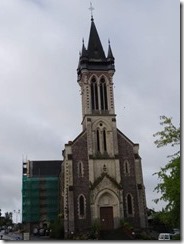 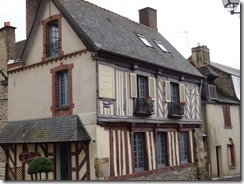 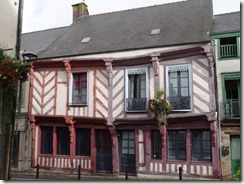 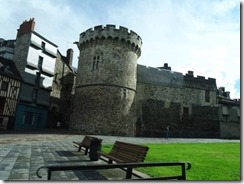 This fortified medieval hill city has an old town consisting of many narrow, cobbled streets lined with 15th– and 16th-century business and houses. The city originally grew around a large, 15th-century castle and Gothic cathedral that are still partially surrounded by ramparts that provide bird’s-eye views of the suburbs and surrounding valley. 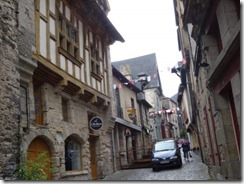 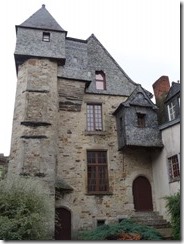 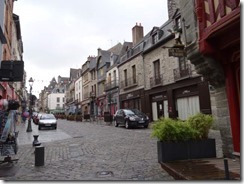 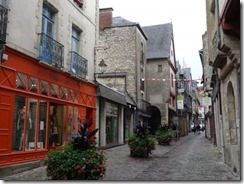 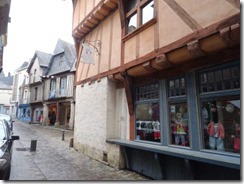 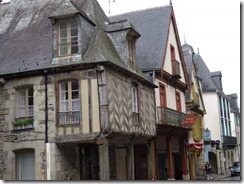 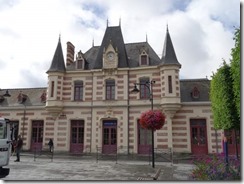 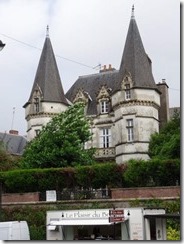 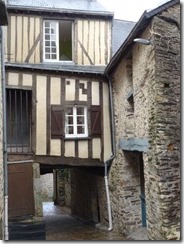 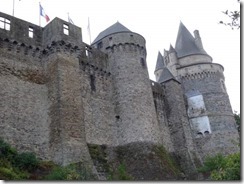