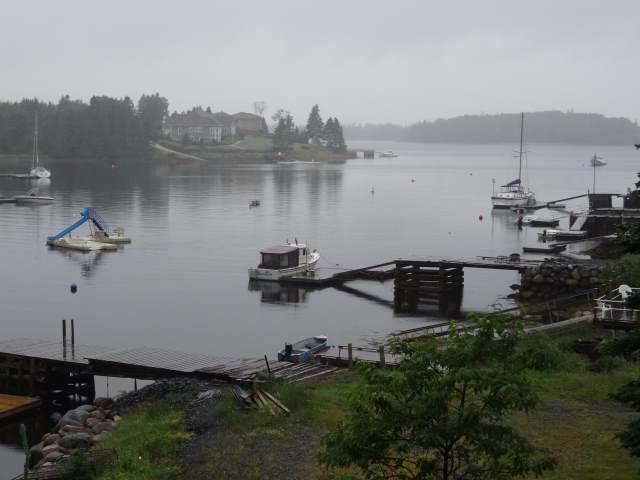 The coastline of Makone Bay is is pretty as St. Margaret’s Bay (see previous post), its next-door neighbor. While the coast has a number of scenic coves, it also has two of the pretties towns on the province’s central coast. 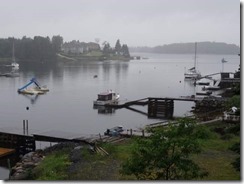 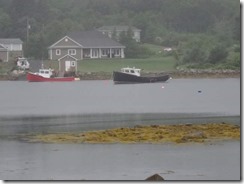 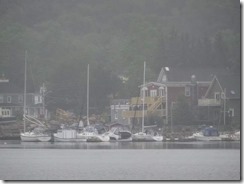 The town of Mahone Bay is a pretty coastal town with many galleries and antique stores, a mix of Victorian, Georgian and Cape Code homes and an oft-photographed site of Three Churches. The road out of town leads to one of the highlights of the Nova Scotian southeast coast–Lunenburg 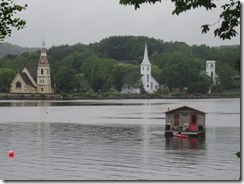 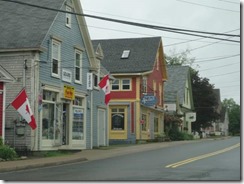 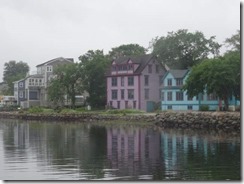 Old Town Lunenburg, first settled by British, French, German and Swiss immigrants in 1753, is the largest and best preserved British planned colonial settlement in North America. Developed as a rectangular grid, around straight streets and square corners, the section contains more than 400 restored and well-maintained buildings. The waterfront buildings, now mostly restaurants, tourist shops and museums (devoted to the city’s maritime history) were originally developed to service the fishing industry, around which the initial economy was built. As you move up the hill from the coast, the streets turn to commercial and then, further up, residential neighborhoods, with a number of particularly impressive 18th-century churches. 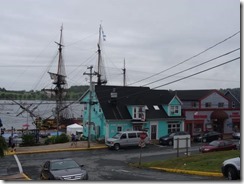 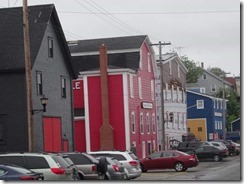 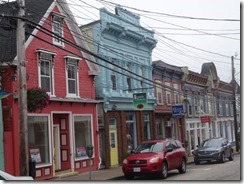 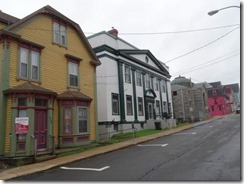 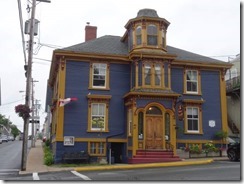 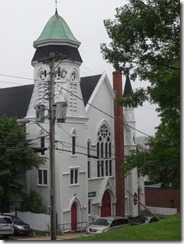 Although many of the buildings, and especially the combination of adjacent buildings are lovely, two in particular, stand out as particularly elaborate: 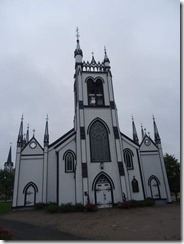 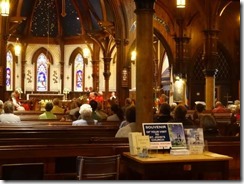 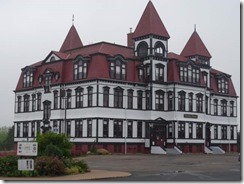 The other primary highlight of the town was the 50-year old Bluenose II tall ship which was modeled after the grand, tall ship sailing vessels of the 18th and 19th century. Although it was, unfortunately, out of port when we were in town, we had even better luck since the renovated original of an 18th-century French tall ship, carrying the French Ambassador to Canada, was at the end of a two-day visit Lunenberg. The 32 gun L’Hermione, built in 1780 and faithfully reconstructed beginning in 1997 (at a cost of $34 million), is a truly grand vessel–215 feet in length with a 155-foot tall mast and beautiful exterior features from bow to stern. 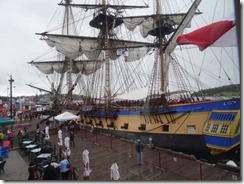 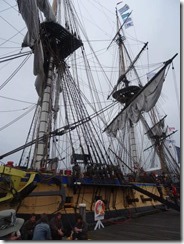 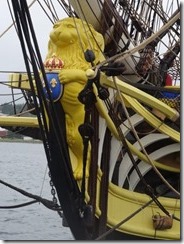 Too bad lunch, at the Old Fish Factory, wasn’t as enjoyable as the town. The menu sounded interesting: we were attracted by both the lobster sliders and lobster and crab flatbread pizza (with chopped to,around, red onion, applewood-smoked mozzarella, Thai sauce and basil). Unfortunately, neither had much lobster and the pizza was so smothered in cheese that it was all but impossible to taste the lobster and crab it did have. All, however, was not lost since the restaurant and our table directly overlooked L’Hermione, where we were able to watch the crew prepare the ship to launch.

And while we were in Lunenberg, we decided to take an 8 km detour down the point to the tiny, but scenic lobstering community of Blue Rocks. 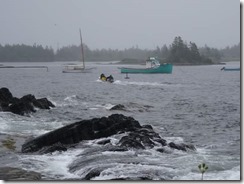 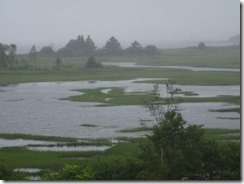 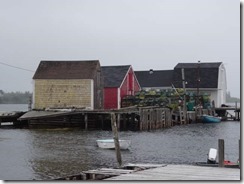