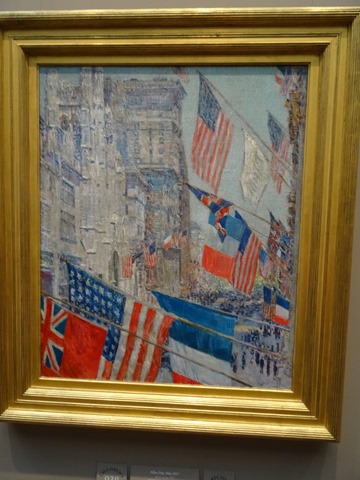 As with our return trips to most of our favorite cities, this trip focused on museums, walking tours (both guided and independent) and of course, restaurants. We devoted so much time to museums and visitor centers that we have divided these stops into two posts: One focused on art museums and on history and science museums.

Although we have been to all of these museums before, all were more than worthy of a return. 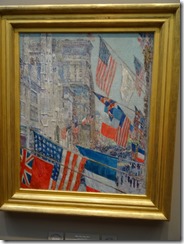 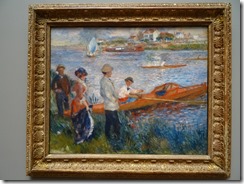 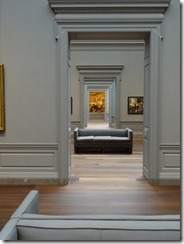 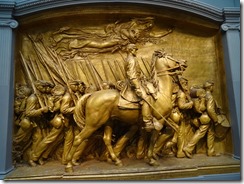 And since the East Wing, which contains the museum’s modern art collection is closed for remodeling, a small ?? of the collection is temporarily in the West Wing. 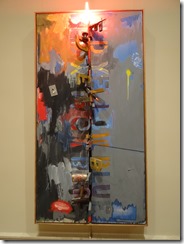 The second, "In Light of the Past", contains 175 works from the museum’s collection that include nineteenth-century and turn-of-the-century pictorialist photographs, international modernist photos from the 1920s and 1930s and seminal mid-twentieth-century American photographs.

And then, of course, there is the always fun National Gallery Sculpture Garden, with its many playful and striking pieces displayed in a tranquil garden. 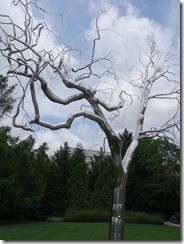 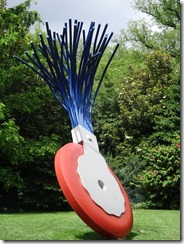 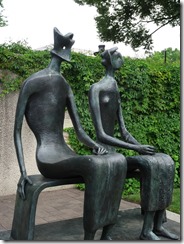 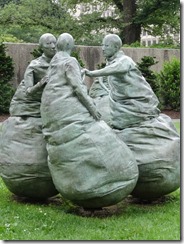 A portion of the permanent collection on the first and the third floors; and 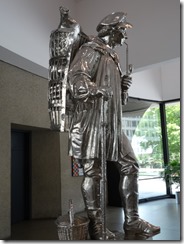 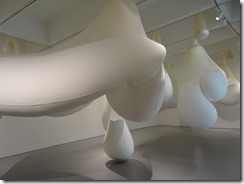 The second floor which is currently devoted to a special exhibition by Shiran Neshat titled Facing History. Neshat is an Iranian photographer and filmmaker who was educated and now lives in he West. The exhibit chronicles the country’s turbulent history from the 1953 overthrow of Prime Minister Mosaddeq to the present by imposing poetic and calligraphic images on staged and real-world images. The photos and films chronicle the changing identity of and power structure as Iran transitioned from a secular to a theocratic country, and especially the subjugation and inner strength of women though this period—and the men who are attempting to retain power. 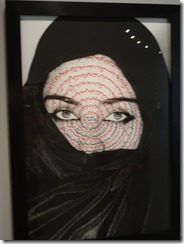 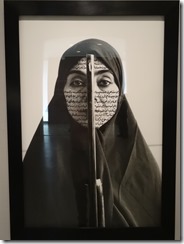 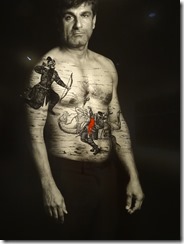 Sackler/Freer Galleries. This was a special day for three reasons. First, it was the one day each month when the shutters that protect the Peacock Room (which James McNeil Whistler created for British mogul Frederick Richards Leyland) from the light, are opened. 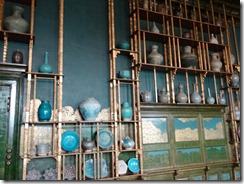 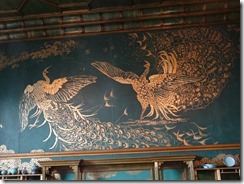 • Second that it was one of the few weeks during which the Peacock Room will be open (before the Freer Gallery is closed for renovations) at the same time a special exhibit, something of a deconsctructivist parody of the room ("Peacock Room Remix: Darren Waterston’s Filthy Lucre") is on display at the Sackler. This brilliant re envisioning of the room is based on the little known backstory of the bitter feud that emerged between the artist and the patron over the design and cost of the room. It highlights the shattered expectations, the resulting feud and the role of money in the entire affair. The story is juicy, the symbolism is scathing, the reimagined room is fantastic and the contrast between the two rooms provides a unique perspective. 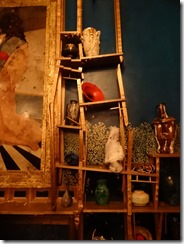 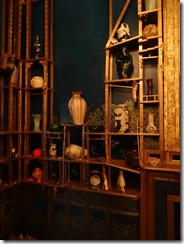 The third treat is that a friend, who is in the final stages of qualifying as a docent for the two interrelated museums, gave us a private tour in which we focused on a couple works from some of the most important of the galleries. These included the Peacock Room, Remix, Ancient Chinese Jades, Japanese screens, Indian Buddhist Art, Korean porcelains and the Whistler Room which shows his migration of Realism to Tonalist which was based on the growing influence of Japanese prints. Although we have viewed these galleries a number of times before, this tour provided a very different perspective and a much deeper appreciation for the nuance of the pieces and the artists skills. 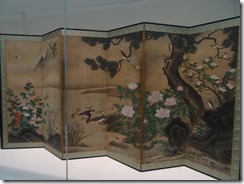 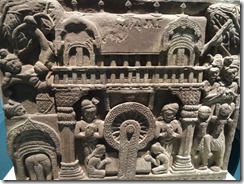 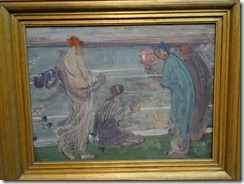 Phillips Collection. The permanent collection includes a wide range of art from the late 19th century (especially Impressionist) through the mid-20th, and some contemporary pieces. Although we enjoyed most of it, we had a number of favorites. These included the Rothko Room (with four pieces, Lyonel Feininger’s "Waterfront", and especially, the Renoir masterpiece, Luncheon of the Boating Party. 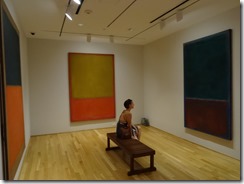 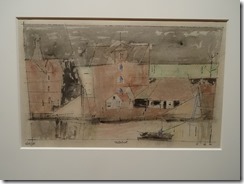 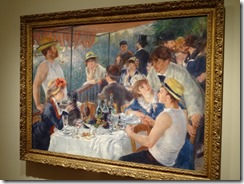 There were also some important special exhibits. "American Moments" contained hundreds of photos from the permanent collection ranging from landscapes, to architecture, to social commentary and mi- century Americana. Some, such as Girl waving Sign on Road" we’re evocative of a simpler (and less expensive) time. Others, like " Boys Playing with Guns" were deeply disturbing. We were also deeply moved by 30 of Jacob Lawrence’s powerful representations of important moments, accompanied by famous quotes from American history, especially from the Revolution to the Civil War. 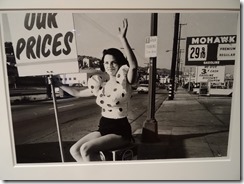 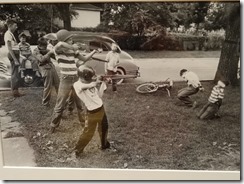 National Portrait Gallery. Another brief run through a museum which we have been through a number of times. This time, we when through one of our favorite permanent collections (portraits of the U.S. Presidents) and a few special exhibits; One on time magazine covers of the 1960s; one on portraits by Elaine DeKooning; and then a very brief spin through "Eye Pop", an exhibit of portraits of celebrities of the 21st century. 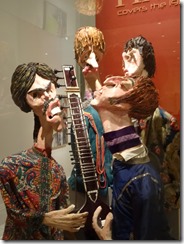 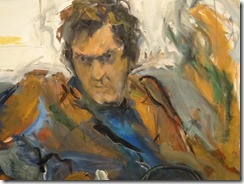 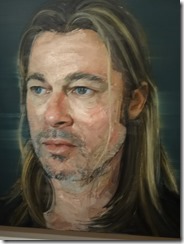