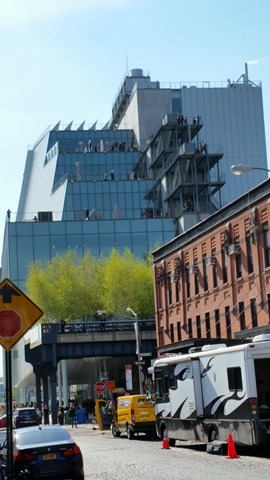 The Morgan Library is a museum and an independent research library that began as the private library of Pierpoint Morgan. His collection of historical manuscripts, early printed books, and old master drawings and prints continue to be augmented with important music manuscripts, early children’s books, Americana, and materials from the twentieth century. Its permanent collection includes originals from Rubens, Gutenberg, Mozart, Thoreau. 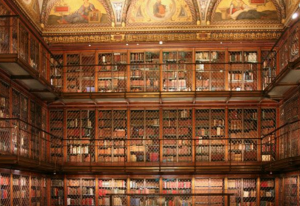 The glorious rooms and ceilings of J. Pierpont’s private study and library (if not the awkward Renzo Piano addition next door) are worth a visit themselves. The incredibly ornate rooms have Renaissance art, extraordinary book and manuscript collections, and a fair bit of history. It was for example, in his study in which he locked the nation’s most powerful bankers until they hammered out an agreement that would save the country from an impending 1907 financial crash.

The Lincoln Speaks exhibit portrayed the origin and power of the president’s written and spoken words. His style combined the precision of a lawyer, poet and the soul of a moral and political philosopher. While the exhibit profiled and briefly explained his master pre-written speeches (Cooper Union speech, Gettysburg Address, and the Second Inaugural), it also discussed the persuasiveness of his extemporaneous speeches, the posing envy of his letters and how he charmed audiences with this deep knowledge, parables, humor, and empathy.

The Modernism exhibit focused on the evolution of drawings in the early 20th century and how their use of lines for artistic and expressionistic purposes, the range of subjects, originality of interpretation and representation of pop culture differentiated them from traditional works. This was demonstrated with works from artists including Picasso, Matisse, Mondrian, Pollack, and Warhol. Particularly interesting works included Giuseppe Penona’s intricate drawing of a fingerprint radiating out to create circles reminiscent of tree rings, to Gavin Turk’s puff of exhaust on a sheet of paper. Other exhibits included sketches of Doric Temples from the Greek colony of Paestum and some incredible examples of contemporary Hebrew manuscript illustrations created with traditional techniques.