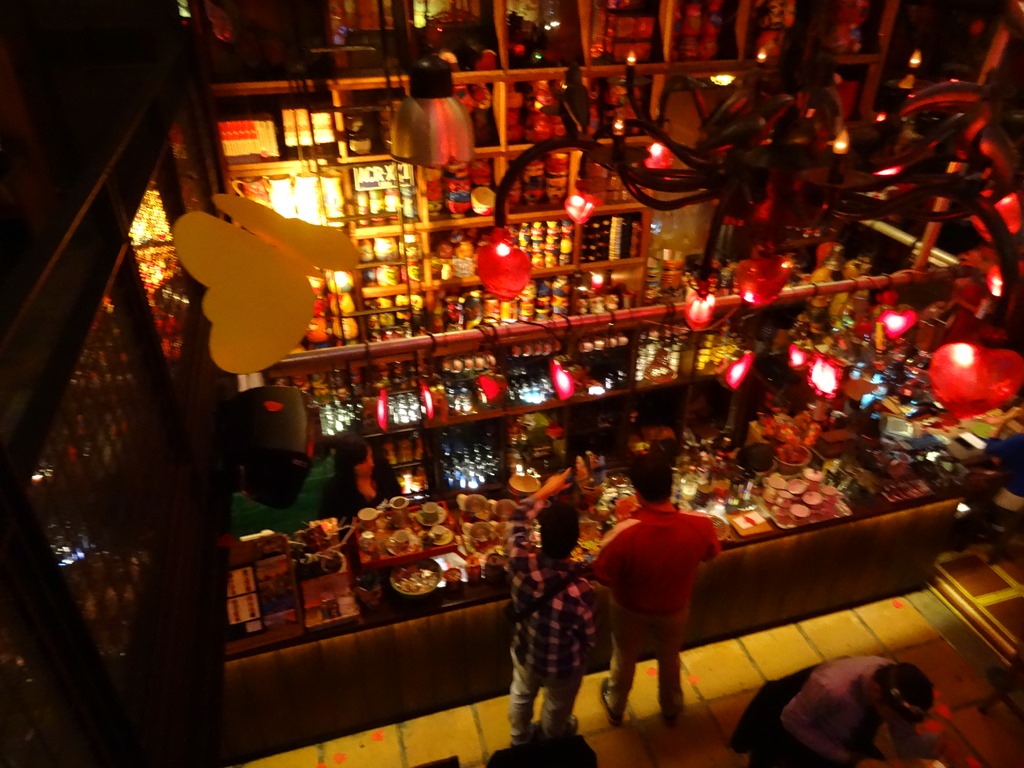 Although we were only in Bogota Columbia for a few day, we did our best to explore many of the city’s finest stand most representative restaurants. Our dinner experiences were at:

Club Colombia. This is located in a former lovely old home that is now a restaurant that offers good (and we were told, typical) Columbian food. We had a wonderful experience there–at least after Juan, the only English-speaking server helped us navigate the all-Spanish menu. The meal began with a plate of plantain chips, with which was served two delicious  sauces:  one a carrot, and the other a beet sauce. Things got better from there. The sea bass ceviche with herbed coconut milk, was unlike any ceviche we had before. First, it was served atop a bowl of shredded lettuce, through which the herbed coconut milk had seeped to enhance the taste. The sea bass, however, still retained a delicious coating of a very viscous version of the liquid that was more like a viscous coconut cream, rather than milk. Then came the entrees: Joyce’s perfectly cooked, perfectly flavored grilled sea bass with coriander butter (which came with a tomato, avocado and red onion salad) and Tom’s juicy grilled pork with barbecue sauce, which came with plantains and slightly salted yellow potatoes. All was delicious.

Andres DC. We had read about this place and it was the first restaurant our concierge recommended. Not because it is the best restaurant, but because it is consistently good and is an unforgettable experience. It is quite an experience: seven floors of quirky design, fascinatingly attired servers and loud discordant music, especially when an impromptu band of servers gathers around a table to play and sing a barely recognizable version of Happy Birthday, or some other song. And if you think this is all out of control, wait till you get to the menu–70 pages with more than 400 dishes and hundreds of different wines and cocktails. After a struggle to get attention of our servers, we finally managed to order (fried plantains with mozzarella, a mixed shellfish ceviche, churrasco sirloin steak). That’s when the difficulty began. After about five minutes, we were told the restaurant was out of the wine we selected. We selected another. Five minutes later, a similar response. Our server recommended another wine. Five minutes later, we received our appetizer, but were told they were also out of that wine. After one more failed attempt to order a bottle of wine, we finally succeeded–a nice Mendoza Valley Malbec/Cab blend which, as we were told was the last they had of that bottle. Then, toward the end of our meal (all of which we did indeed enjoy), Joyce wanted a glass of white. She ordered the Torrontes from the menu: no luck. After asking which of the five whites listed by the glass in the menu were in stock, she ended up with a Sauvignon Blanc–the only one that they had. Although all’s well that ends well, did a three-dish dinner for two really have to take 2.5 hours? No wonder the restaurant is always filled. It’s almost impossible to get out. 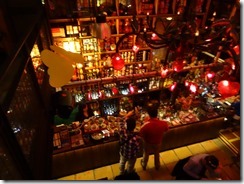 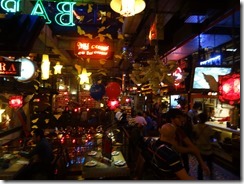 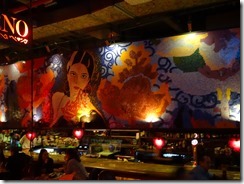 Leo Cocina y Cava We thought we had reservations at Colombia’s only Michelin-starred restaurant. Unfortunately, there was a miscommunication and the reservations were made for the day we had to leave. Bummer.

Pasqueflower Jaramillo. Since our last night in Bogota was a national holiday, many of the best restaurants, including Leo Cocina, were closed. So, we ended up at this seafood restaurant that was pretty good, but definitely not what we had anticipated. After a few servings of the restaurant’s house-made fish pate, our dinners arrived. Although the seafood soup which arrived was not what Tom had expected when ordering a seafood casserole, the rich, light tomato soup, which was loaded with shrimp, calamari and fish, was quite good. Joyce ordered a baked Chilean sea bass with shrimp and mushrooms in a white wine cream sauce. While she enjoyed it, Tom enjoyed the fish, but found the sauce much too salty for his tastes. We enjoyed a bottle of Verdelho as well as our charismatic server Jorge, which whom we had enjoyed attempting to communicate, often through Google Translate.

La Puerta de la Cathedral. We knew ahead of time that we would have to get a quick lunch in Candeleria: so we asked our concierge for recommendations of a couple of good traditional Colombian restaurants within a few blocks of where we would have to be after lunch. He made his suggestions and, after looking at each and reviewing each of their menus, we chose La Puerta. We read, from the menu, about the ingredients they used in pre-Columbian dishes, how they changed after the Spanish arrived and even how growing numbers of British arrivals, in the 19th century, transformed the country’s taste in desserts. We choose two traditional dishes which were modified to Spanish tastes by the additions of meat (which was not a significant part of the pre-Columbian diet. The dishes were: Ajiaco Santafereno, a bowl filled with corn, potato, capers, chicken and cream, with rice and avocado which could be added to taste; and Bandeja Paisa, a dish that combined red beans in sauce, ground beef, sausage, fried pork belly, egg, plantain, and avocado. Tom loved the Aliaco (which was too rich for Joyce’s taste) and she preferred the Bandeja. Both however, were so pleased that we highly recommended the restaurant to another couple we met on our afternoon Candeleria walking tour.

Niko Cafe. A fashionable and busy Zona Rosa restaurant at which we had a small, but very good lunch consisting of Tuna Tartare and Grilled Octopus with potatoes, with a half bottle of Argentinian Chardonnay/Semillon.

Our hotel was located in the Zona Rosa section. It was interesting that the taxi driver had problem finding it as we would expect taxis to have mastered the logical street numbering system). Our suite had a bedroom, living room, bathroom, guest bathroom and kitchen. The suite was very clean and comfortable, which would make this an excellent choice. But then add in the staff, who went out of their way to be helpful, and it is a superior choice. But not perfect. We were disappointed in the included breakfast one morning when we arrived towards the end of the serving time and discovered that they did not replenish many of the fruit and bread choices. Also, one day we ordered an omelet which never came. But these were minor issues. One thing that did surprise us was when we took a taxi back to the hotel and the driver didn’t have change for our bill (approx $20 USD bill). We asked the hotel for change, which they didn’t  have but offered to put the taxi fare on our hotel bill. Imagine our surprise to find a hotel service charge added to the taxi amount. Lesson learned: get small bills (unfortunately, we were there over a Sunday and holiday so banks were closed). Still, this is a good place to stay.