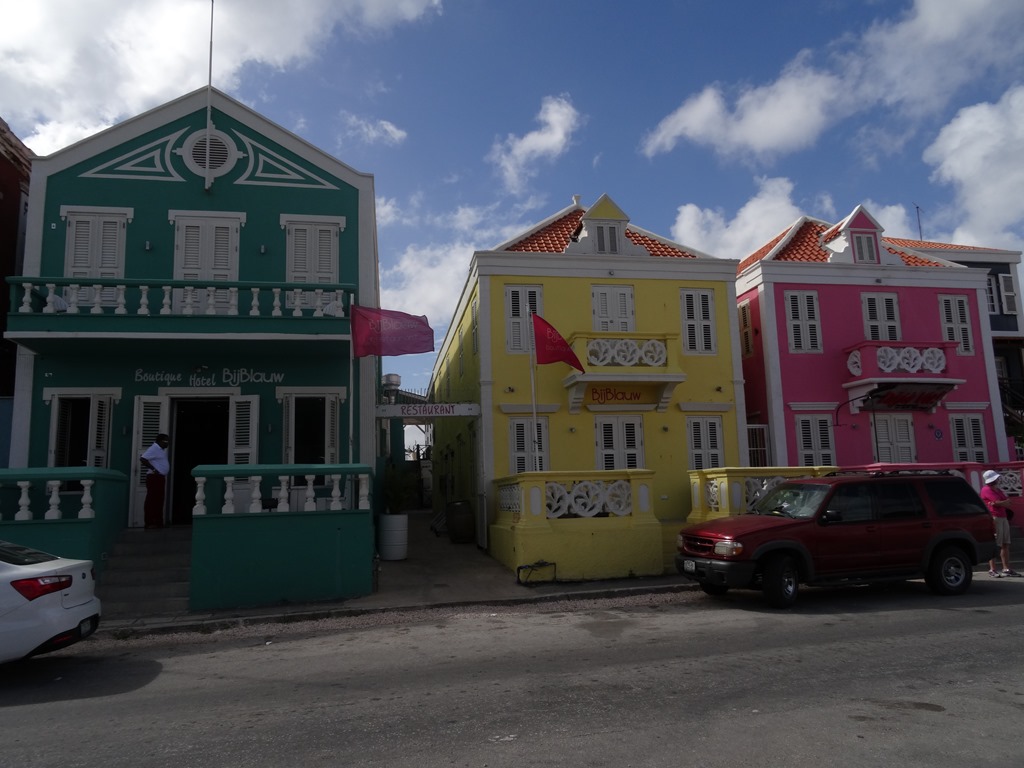 We wanted to visit Curaçao from the first time we saw pictures of the Dutch-style brightly colored pastel buildings. So we made our way to the capital and largest city Willemstad for 2 days. The buildings are even prettier in person. What we didn’t realize, however, was that unless you choose to spend hours in casinos or bars, it is tough to find enough to keep occupied for a full day without a car.

That being said, we set out on to explore some of the city’s very distinct neighborhoods:

Pietermaai, in which our hotel is located, is a strip of land between the Waaigat lagoon and the Caribbean. Characterized by rundown, unpainted, blocked up buildings as little as a decade ago,it is now home to dozens of boutique hotels and many of the city’s best new restaurants. The rejuvenation, begun less than ten years ago by the upscale, highly popular Saint Tropez hotel and restaurant, has now spread along most of the beach, which is now lined by hotels, guesthouses, and restaurants. 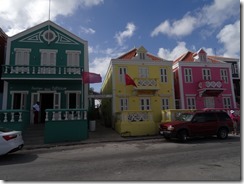 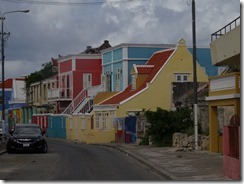 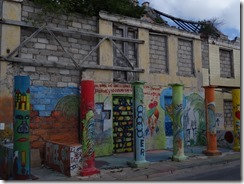 Punda, the postcard-like downtown area, occupies the tip of a peninsula that radiates from the pretty Wilhelmina Park, along streets lined with pretty pastel-colored stores and commercial buildings, to the water. The north lined by farmer’s market stalls and the footing market; the south by beaches and restaurants; and the west by commercial buildings, restaurants and umbrella-covered tables lining the water to the pontoon bridge that spans the channel and leads to the Otrobanda district. 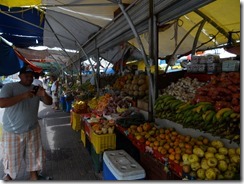 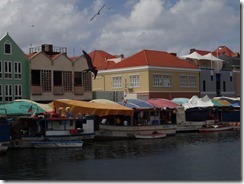 Otrobanda, a primarily working-class neighborhood, is generally characterized by smaller, more rundown (although still pastel-colored Dutch-style) homes and commercial buildings. The exception is the southwest corner, which is where the huge cruise ships dock. The strip from the dock to the pontoon bridge, as would be expected, consists of upscale shopping malls, casinos, a long strip of stalls selling tourist goods and the renovated Rif Fort, which is now jammed with souvenir shops and tourist restaurants. 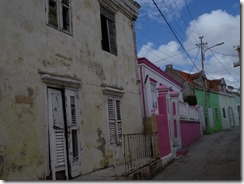 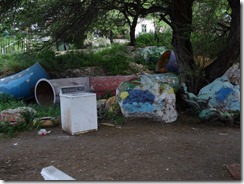 Scharloo, which is literally on the wrong side of the channel, is a run-down, graffiti-marked neighborhood and emerging arts center into which, on the advise of our hotel, we barely ventured. 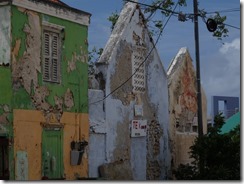 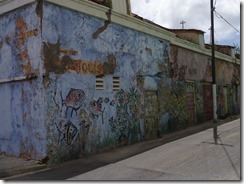 This is definitely a pretty little town. While it is still a little rough in some neighborhoods, it is worth a quick stop if you are in the “neighborhood”.