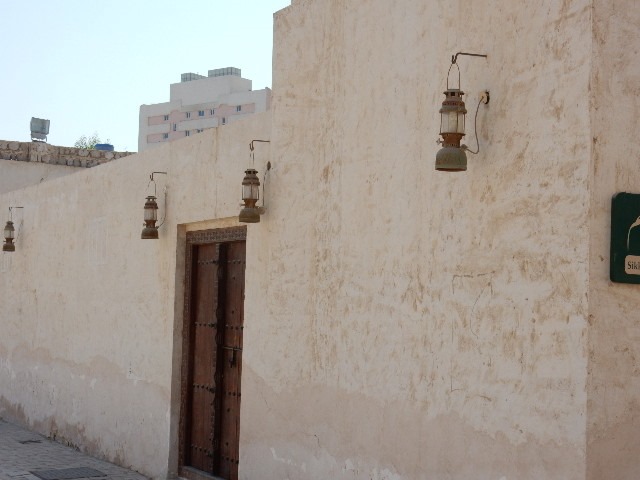 "Old" is something of a misnomer when applied to Dubai. True, the Al Fahidi Fort was built in 1787 (and is the oldest building in the city), but the buildings that surrounded it are long gone. The current “old” sections of the city was rebuilt in the 1970s to appeal to tourists—which is Dubai’s number one industry. Although the buildings are not that old, most of the buildings were built in a traditional style. Al Bastakiya, retains its narrow streets and coral buildings and Al Fahidi its wind tower houses (the wind towers trapped the wind and funneled it down into the house as an effective form of early air conditioning). Both areas have been meticulously reconstructed and are now cultural offices, museums and galleries. The Shindagha Heritage Area in Sur Dubai has a reconstructed souk (market) whose vendors hawk pashminas, tee-shirts, caps and other souvenirs. 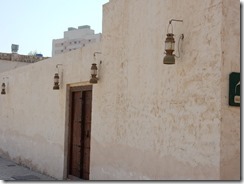 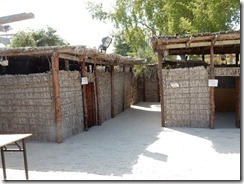 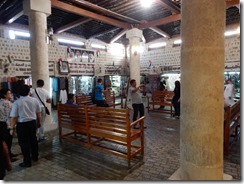 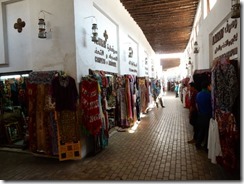 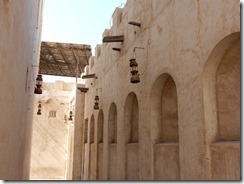 After a spin through these ersatz neighborhoods and the Bur Dubai textile souk (marketplace), you find yourself on Dubai Creek,which is plied at night by brightly lit tourist boats offering scenic one-hour fours of tours. Or, for one dirham, the equivalent of about 30 cents, you can take a water taxi across the creek to the historic Deira neighborhood, the home of the gold and spice souks. 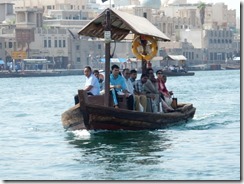 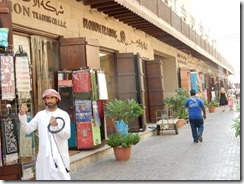 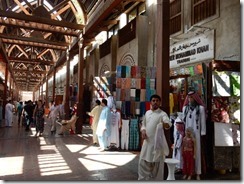 While the spice souk has all of the traditional herbs and spices, it offers much more variety than many we have visited, with different versions of these spices, such as those from multiple countries and with different aromas and tastes such as those that are best eaten as they are, and others that are better cooked. Many of the shops also offer things we seldom see, such as dried and baked lemons (for use in cooking), entire branches of marjoram and more unusually, frankincense and viagra (which you dissolve in hot milk or hot water, with a bit of saffron). The windows of the gold souk, meanwhile, are wall-to-wall gold, including with necklaces that are almost big enough to serve as body armor. 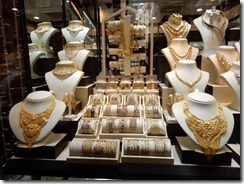 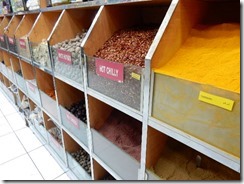 Although these neighborhoods and souks do retain some of their traditional character and are fun to walk, the old town area also provides some wonderful learning experiences. Two in particular stand out:

The wonderful Dubai Museum provides what appears to be faithful recreation of Dubai’s history. After taking us through reconstructions of traditional homes and exhibits of traditional dress, weapons, musical instruments and so forth, we reached a timeline of the city’s history and development.

The exhibits proceeded through series of dioramas portraying various aspects of life and the trades of traditional Dubai, to exhibits describing the lives of the Bedouin, the importance and roles of camels and hawks, and the city’s maritime heritage, from the building of dhows, to fishing and pearl diving, and at the end, and exhibit of traditional pottery and instruments. 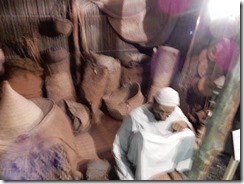 The Center for Cultural Understanding

The Center for Cultural Understanding provides a very different, but equally representative perspective of the nature of traditional and current Dubai. This organization hosts daily breakfasts and lunches (the latter of which we did) in which a UAE citizen who works with the center joins the groups to answer any questions you may have. Our traditional buffet lunch was hosted by a very articulate 20-year old college student. Nothing is off limits: politics, religion, the relative status and privileges of men versus women, sex, drugs–whatever members of the audience asks, your host was happy to discuss, fully, openly, honestly (at least her perspective of the issue) and articulately. Among the issues we discussed were:

And many, many more–all of for which the discussion was open, frank and with no sense of reluctance to discuss or embarrassment. A very fascinating and rewarding ninety minutes. We wish we had more.