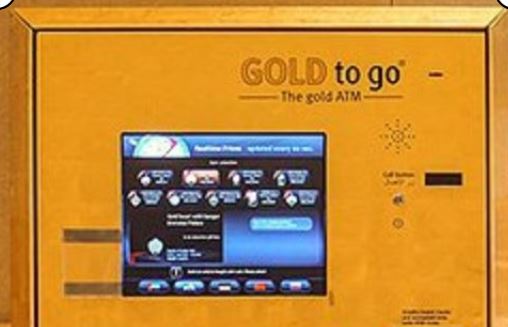 We flew into the UAE (United Arab Emirates) on Emirates Air from the exotic Stone Town (Zanzibar). The positive experience started the minute we stepped onto the plane. If  Emirates Air ever comes into the US in a large way, all US airlines will be toast. Coach seats had room. The service was amazing. Food and alcohol are abundant. Coach class was better than any US domestic First Class seat (non-lay flat) that we’ve ever experienced. But we came to see the UAE, not the plane, so let’s move on.

We began our exploration of the UAE in Abu Dhabi, the largest (with 2.3 million people—80 percent of whom are ex-pats), and by far the most wealthy of the seven Emirate cities (due to its ownership of more than 90 percent of the UAE’s oil reserves). Abu Dhabi, like all the other emirates, began as—and until a few decades ago was—primarily a fishing village and pearl diving center, with a fort for protection.

Flash forward to the future, which it is still building. Although some of its modernization efforts clearly seem at least partially intended to keep up with the Jones’ (or at least with its glitzy neighbor Dubai), Abu Dhabi is charting its own course. It is more of a business, telecom and banking hub, rather than a tourist magnet (on which Dubai is focusing). Still, it is making dramatic efforts to develop a skyline that is somewhat reminiscent of that of its smaller, poorer, but much flashier cousin of Dubai.

Some of the Emirates ‘ major buildings and attractions are in or near the city center. These include:

Meanwhile, if you’re interested in Abu Dhabi and the UAE’s history, you won’t find many options. The city’s traditional souks have (except for the fish and vegetable market) been replaced by the city’s new hallmark—a modern, air-conditioned shopping mall. The Qasr Al-Hosn Palace. The 1761-era White Fort (the oldest building in the city), remains, but is, according to two concierges we asked, now little more than a venue for photography exhibits. The primary venue to which we were consistently directed, the UAE Heritage Village, provides reconstructions of a few traditional buildings—coastal homes, Bedouin villages and tents around an oasis, a currently closed museum, and staged demonstrations of traditional crafts (only two of which were being staged when we visited), and an outdoor market selling touristy crafts. We found it fairly uninformative and not much to see or to learn from.

Nor are all the city’s tourist sights—current or future—confined to the city center. In fact, all five of the most interesting sights to us are located outside the city’s center.

Yas Island is an emerging tourist area that was designed primarily for tourists. It includes:

This huge, 30-acre, domed structure is more than 300 meters in length, has 82 domes, with a huge carpet made of one piece, and the ability to accommodate up to 10,000 worshipers inside and another 22,000 in the courtyard. This makes it the largest mosque in the world–and perhaps, with all its marble, gold, gems, and crystal, the most costly and beautiful.

Although visitors are free to visit and take photos of the mosque anytime outside of worship hours, we waited for a tour. It was well worth the wait. We learned not only all the details about the mosque itself (including how the flower mosaics on the more than 1,000 pillars were created, how the largest carpet in the world was handmade and shaved to create “prayer lines”, why the dome uses a Moorish design on the inside and an Indian design on the outside, and how the courtyard marble was cut into tiny mosaics to diffuse heat), but also how the prayer times are determined for each day and how they result in Muslims around the world praying every minute of the day, and the incredible flexibility they have in exactly how and where they do pray. Overall, it was a fascinating tour of a beautiful and very impressive building.

This Saadiyat Island Cultural District is being developed into a cultural Mecca that, when complete, will house the Zayed National Museum, branches of the Louvre and the Guggenheim (twelve times the size of the original), a maritime museum, and a state-of-the-art performance center, all designed by internationally-known star architects. Although still under development in 2014, an exhibit there contains explanations and large-scale models at the island’s information center. It describes the vision for the entire development and shows a model of the entire project and models and descriptions of each of the three major museums and the performance center. Judging from what we saw, it may well be worth returning just to visit them as they open over the next few years.

Masdar City is another vision of a very different type, that is also a work in process. It has an even more ambitious vision that has implications for the entire world. It is on track to becoming a scale prototype for the world’s first sustainable, solar-powered, carbon-neutral city (ironic how it takes a country whose entire wealth is based on oil to fund this type of city).

The city is intended to eventually house 40,000 inhabitants and accommodate 70,000 commuters. Sir Norman Foster Associates designed the development. It is being built almost entirely with sustainable materials, uses layout and wind towers to channel breezes and reduce direct sunlight on sidewalks, and every inch of the roof surface is covered with solar panels. While cars will be accommodated in underground lots, transportation within the complex is via a fleet of intelligent, electric, driverless Personal Rapid Transit (PRT) vehicles.

The initial phase of the city houses a research institute and university (which works in cooperation with MIT) that is dedicated to studying, researching, and incubating alternative energy and sustainable technologies.

Current inhabitants, of which there are about 1,500, are generally divided among about 500 students, with the remainder consisting of faculty, support staff, and corporate researchers ( from General Electric, Siemens, and other companies who work on these technologies and support the university). The current phase has reduced energy and water consumption by more than half and achieved a recycling rate of 90 percent. The next phase will include townhouses and condominiums built around town squares and green spaces and the development is expected to be completed by around 2030.

Falcons are treasured possessions in the UAE, having their own passports and special dispensation to travel without cages in any aircraft cabin. The hospital, the most advanced in the world, provides tours of the wards, access to a falconry museum, and flight demonstrations. It provides a glimpse of the traditional sport of Arab sheiks.

Although we visited three restaurants, only one merits specific mention.

Mezial in the Emirates Palace Hotel is a pretty restaurant with a nice outdoor dining space (with private cabanas that we decided to try) in a courtyard. It offers a range of upscale Arab cuisine. We had three dishes: chicken liver with hummus and pomegranate; lamb slow cooked in banana leaves; and prawn with coriander, saffron, and onion; accompanied by Emirati bread. Although the lamb was the most interesting of the three dishes, it was a bit dry. Overall, it was a pretty good meal, but tough to justify for well over $200 (although wine accounted for almost half the total). Also, being outside in the cabana was not a good idea as the temperature in the evening was quite hot. We ended up moving to a table that had more air circulation.

We stayed at the Hotel  Sofitel, arriving at 4 AM. Yes, that is 4 AM. Our plane got into the Dubai airport at midnight and we had to transfer to a 2 AM bus and had a 2 hour drive to Abu Dhabi. Amazingly, it wasn’t as tiring as it sounds. We were upgraded into a large bedroom and living room unit. It had a lot of electrical outlets, very comfortable bed and linens, and a large modern bathroom with a shower and a tub. And of course, very helpful people—especially the concierges. The room had excellent wifi and coffee and tea makers. Also a writing desk with staples and paperclips. A great room to retreat to after a hot day outside. But with the heat, you needed a car or taxi to go anywhere as walking was out of the question for us.