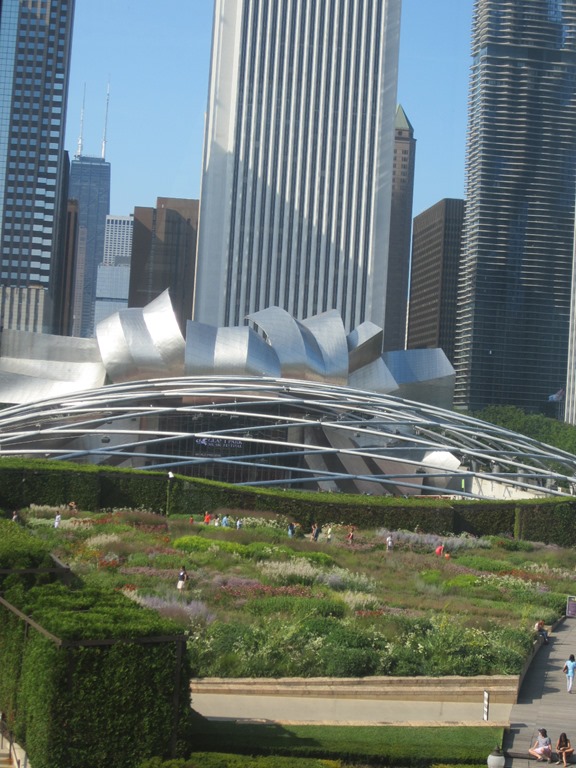 Our 2014 Chicago trip was designed primarily around two a chance to visit two “art” exhibits:

The highlights of the Racine visit are discussed in the preceding blog, Frank Lloyd Wright’s Racine Wisconsin Legacy. Following is a brief overview of the other highlights of this year’s Chicago visit.

Although we came to Chicago primarily for Magritte, we also engaged in a number of our other favorite Windy City activities. While we were, unfortunately, limited to only two days in the city, we squeezed in as much as possible. This included: 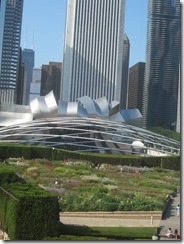 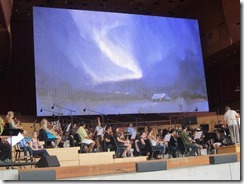 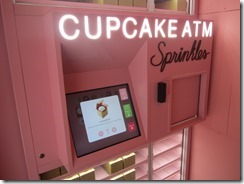 Since we have written about many of these sights and activities before, this post provides brief overviews a few of our new experiences.

We have been on close to two dozen Chicago Architectural Center Tours and enjoyed every one. This was no exception. Our experience began with a pre-tour stop at the CAF headquarters, where we viewed the lovely scale model of the city and a new exhibit that portrays the ways in which the city is capturing and analyzing huge sources of data to enhance the city’s quality of life. The tour itself, explored virtually every inch of the city’s newest, and most dramatic park. It began, as all discussions of Chicago’s lakefront must, with an overview of Daniel Burnham’s “Beautiful City” vision and the creation of the park atop an Illinois Central railroad trellis and the creation of a new shoreline that was built from the debris of the Chicago Fire.

The tour explained how Millennium Park was built as a roof over the existing railroad tracks, how its “hills” were constructed over acres of Styrofoam, the creation of its two tiers of gardens, the rows of trees that serve as a sound barrier between the Pritzker Pavilion and the rest of the park, and the creation of two of Chicago’s most beloved, participatory pieces of art—Anish Kapoor’s wonderful stainless steel Cloud Gate sculpture–aka, The Bean (and the abstract images created with every different view)–and the Crown fountain surrounded by Jaume Plensa’s two video art towers. The tour highlighted the contrasts between Frank Geary’s extravagant music Pavilion and pedestrian bridge that anchor the north side of the park, and Renzo Piano’s restrained Art Institute Modern Wing and pedestrian bridge that anchor the south side. And it explained the ambitious design creep that postponed the park’s opening by four years and culminated in a 400 million price tag, half of which was financed by private donation. 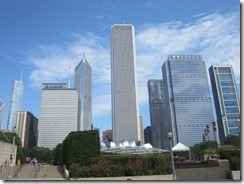 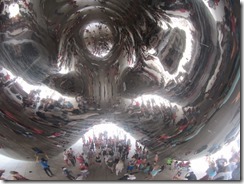 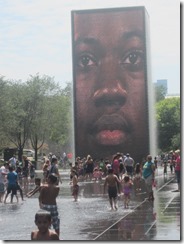 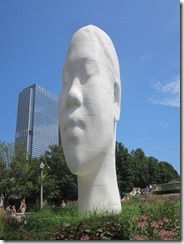 Although the guide was not quite as passionate or knowledgeable as most of those of the other CAF tours we have taken, it was still fascinating, and more than worth the two hours and $20 cost.

this Art Institute of Chicago exhibition covered some of Magritte’s most important years, from his time in Paris and subsequent return to his Belgian home. It explained the influence that Freud’s theory of the unconscious had on Magritte and how it prompted him to view traditional objects in such non-traditional ways—to, in the words of the commentary “make the familiar, strange.” It highlighted the roles of recurring images in the artist’s work—motives such as clouds, bells, pipes, biboquets (children’s toys) hats—and a number of his recurring themes and techniques, such as objects transforming into other objects, the misnaming of objects, the presenting of familiar objects in unfamiliar surroundings, the fusing of figures ambiguity, misdirection and his use of compartments. Although his work was presented primarily in paintings and collages, the exhibition also portrayed some of the other media in which he worked, such as advertisements (he began his career in advertising), illustrated books and magazine covers.

Although the commentary did explain some of the influences on Magritte’s view of the world, the evolution of his techniques and recurrent motives and themes, it refrained from attempting to interpret the artist’s work. Why? Partially because nobody really knows: Partially to preserve the mystery and allow viewers to make their own interpretations—or not.