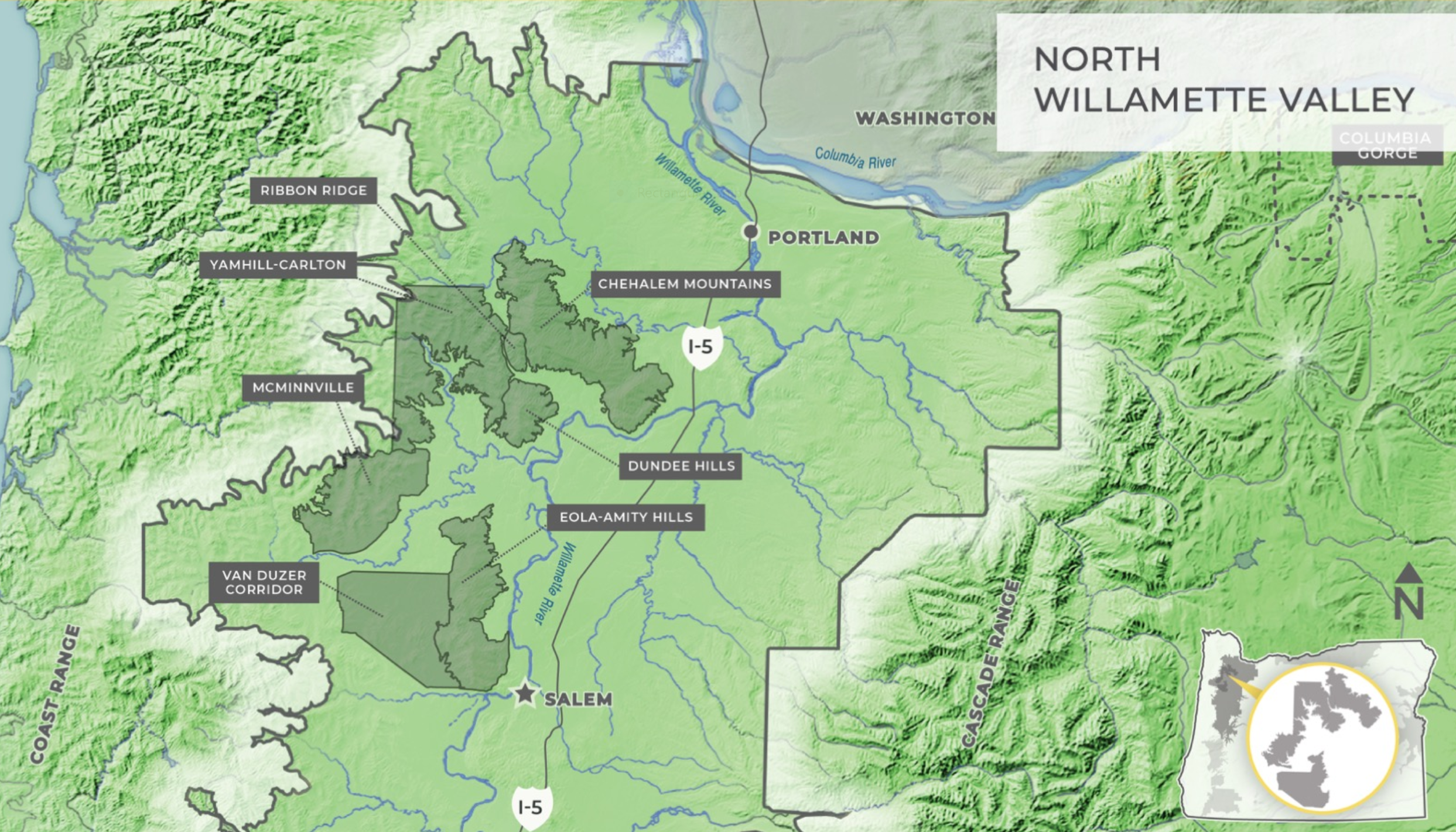 We enjoy relatively earthy, less fruit-forward Willamette Valley wines. But we did not know enough about the region, not to mention the roughly dozen different AVAs, to understand why. And which wines were we most likely to enjoy? This blog is an attempt to decipher some of the mysteries of Oregon wines. 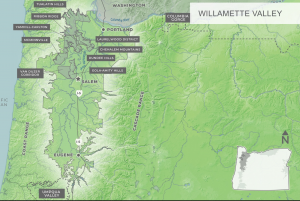 We visited some of the largest, most known AVAs:

Weather, of course, is also a huge factor in the ways in which wines turn out. Each of the three primary vintages represented in our tastings had very different weather. In general:

So, with this context, we visited wineries from each of the three primary, and a few small neighboring AVAs. And, since we had to take at least some time out of wine tasting to eat, we visited four of the most highly recommended of local restaurants.  The following posts provide brief overviews of some of our favorite Willamette Valley wineries, wines, and restaurants.