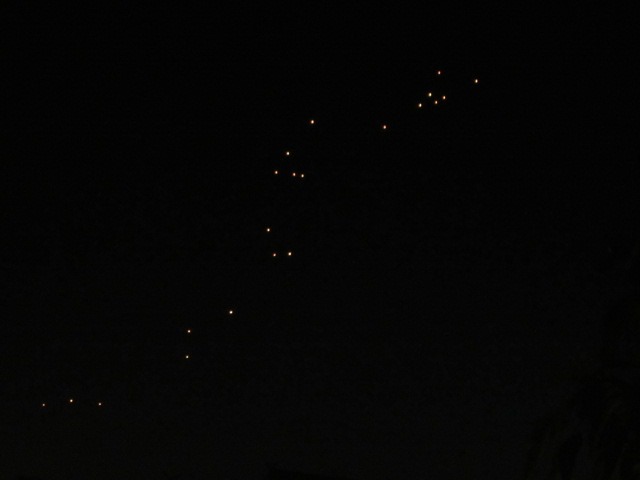 Since we had a week in Chiang Mai, we had a chance to explore many restaurants and entertainment venues. First the food

And as a bonus, the guide who recommended and brought us to Satesinlp encouraged us to sample some of the items she just bought to prepare her family’s nightly meal. A slightly sour type of tamarind that would be used in soup and two types of worms–bamboo and silk–that would be quickly fried and sprinkled atop a noodle dish. How did they taste? The tamarind, as mentioned,was slightly sour. The bamboo worm, long and narrow, had a nice crunch, but little taste. The silkworm, nice and plump, had less of a crunch, but was very tasty–juicy with a pleasant earthy taste.

Chiang Mai has two major nightspots and live music venues. One is the Riverside Restaurant, which, as the name would suggest, backs onto and has a three-story open-air deck along the river. In fact, the entire riverfront along Fahhan Road is filled with restaurants and bars. So too is the area in the blocks surrounding the intersection of Chotchasan Roads, east of the Eastern moat. The night we stopped by there, we were too early for the music which began at 9:30.

The North Gate Jazz Coop is supposed to be the hottest music club, and one of the hottest nightspots in town. It may very well be the case. We walked In about 9:00 and were told that the music would start around 9:30. The crowd began filling in, and the drummer set up, but no other musicians. 10:00 and the place was filled, but no musicians. 10:30, even more people, but where was the music. As it turned out, most of the 9:30 musicians never showed up. The music would have to wait for the 1:00 group who were called to come in early. They came, they played (and were quite good), and everybody was happy–except Joyce, who was very,very tired by that time. The crowd was big and diverse: Easterners and Westerners, young and old, black and white. And in the midst of all this activity, Tom had a chance to try a shot of a local whiskey–Sang Son–which tasted like an earthy, but very mild Bourbon. We also had marginal red wine by the carafe

Although Jazz Coop was hopping, the rest of the town (at least the portion between the Jazz Coop and our hotel–not counting the Night Bazaar or Fahham Road) appeared to be asleep. We walked home about midnight and had the road to ourselves. It appears that Chiang Mai, with the exception of a handful of places, is a very early town.

We stayed at the Rachamankha  Hotel in the historic area of Chiang Mai. As usual in Asia, the staff was very helpful. The hotel had an interesting mixture of corridors and open spaces. The rooms surrounded a large courtyard and the outside dining area was very pleasant in another outdoor courtyard (complete with a fireplace for cold mornings if you wanted to eat breakfast outside…which most people did as it was so pleasant. It had a lovely outdoor pool and a large library filled with books, as well as 2 computers and printer. A lovely and peaceful place to relax in 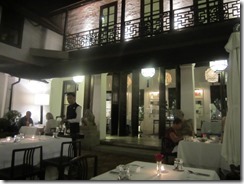 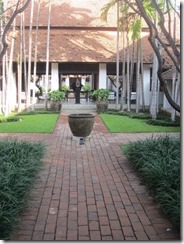 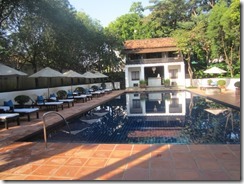 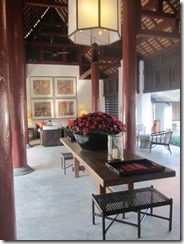 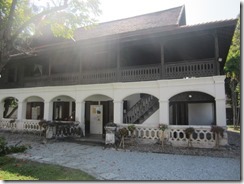 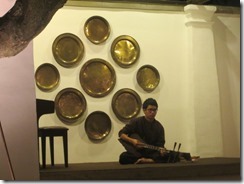