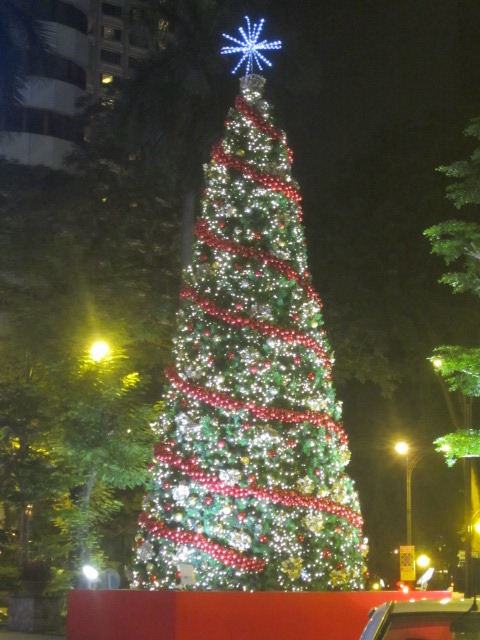 Each year in the US, it seems that Christmas decorations and ads start earlier and earlier. It used to be that Thanksgiving was when the push started. This year, some stores were talking about layaway in September. No wonder when stores count on the holiday season as the time they start becoming profitable for the year.

We figured that we would escape the Christmas shopping season when we hit Buddhist, Muslim and Hindu countries in Asia. We figured wrong.

By the beginning of November, lights and Christmas trees began going up in malls, stores, hotels and even in public parks. Do people of these religions really celebrate Christmas? Do most even know what Christmas is and why it’s celebrated (or for that matter, do many Christians)? It’s not clear. But it’s certainly clear that the stores believe it provides an opportunity to boost sales.

But even if we can rationalize the promotion of Christmas in these countries, what about the continual playing of holiday songs? What do people within ten degrees of the equator think when they hear the songs “I’m Dreaming of a White Christmas” or “Let it Snow, Let it Snow, Let it Snow”? Instead of cold, wet snow, do they picture volcanic ash pouring down from a volcanic eruption?

No, we haven’t yet seen images of Santa, reindeer and snow, but we probably haven’t looked in the right malls. But we did see people wearing red santa hats, angles and large decorated Christmas tree.

Still, we thought we’d share some pretty Christmas decorations from our trip so far. 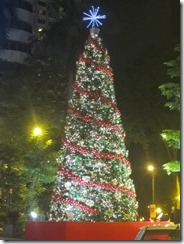 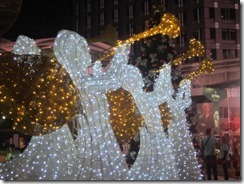 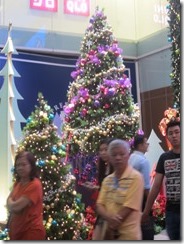 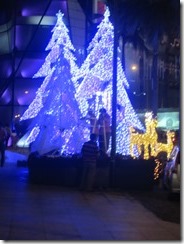 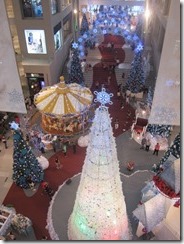 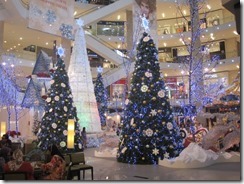