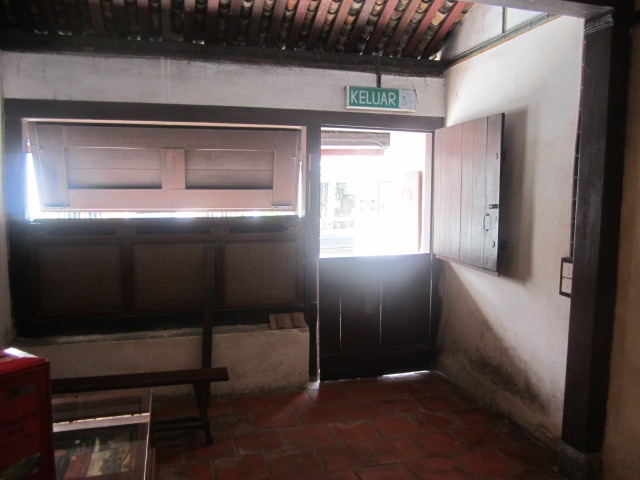 This historic city, established in 1403 by a Malay Hindu sultan, spent centuries as Southeast Asia’s most important trading port, due to its strategic location at the choke point of the Straits of Malacca and the the protection its port provided from the monsoon winds.

The homes in the historic district, were typically built with very narrow fronts (often about four meters, since the Dutch taxed homes based on frontage) but that may have extended to 100 meters in length, broken up by two or three interior air-wells through which light, air and fresh rainwater could enter. Different type houses made different use of three spaces. Working class facilities may have used the fronts as shops, followed by residences, stables and animal yards. Rich Peranakan families, meanwhile, may have bough two or three of these shophouses and combined them into palatial mansions with servants quarters.

Two such homes can be visited on Herren Street.

Number 8 Herren is a model project that provides a guide for restoring an old shophouse. It explains the evolution of the materials from which they were built, the building techniques used and details the best ways of restoring them, with a goal of enticing and helping private owners to do the same. 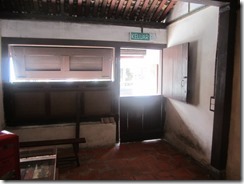 The Baba Nyonya Heritage Museum, which is a block further up Herren Street, is an entirely different type of restoration. This "home" was originally built in the 1700s by Dutch administrators. In 1896", a wealthy Peranakan family bought three of these homes and combined them into a single, huge mansion. This mansion has been fully renovated and filled with furniture, dishes and personal memorabilia of the original family and supplemented with other period pieces into a museum that shows how these wealthy families lived and portrays customs of the times, such as around Peranakan-class weddings, birthdays and funerals, the types of clothes they wore, how they cooked and the types of entertainment they engaged in. 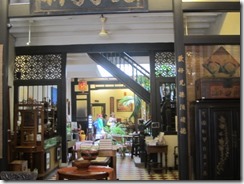 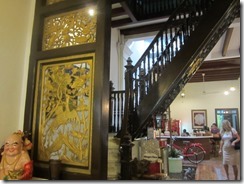 The Colonial Heritage Area, across the river from the Old Town, is the site where the river used to flow into the harbor, at least before the harbor began to silt up and the land was reclaimed. Evidence of its colonial, and pre-colonial past are all over. Examples include those from the: 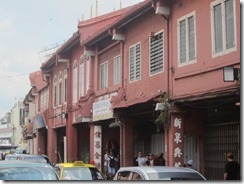 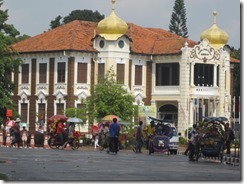 Although Malacca had been considered a strategic prize by many powers in its day, its strategic importance declined as its harbor silted up and as its role as a trading port role was eclipsed by  two other British colonial outposts–Singapore and Padang (see our forthcoming blog on Georgetown).

Malacca was a great day trip from KL. While we mingled with hoards of other tourists, it was still a beautiful town to see.

As this was a day trip from Kuala Lumpur, we only had time for one lunch before returning to KL in the evening. We ate at Riverine Coffeehouse, with its tranquil canal-side deck. We shared two Peranakan dishes: