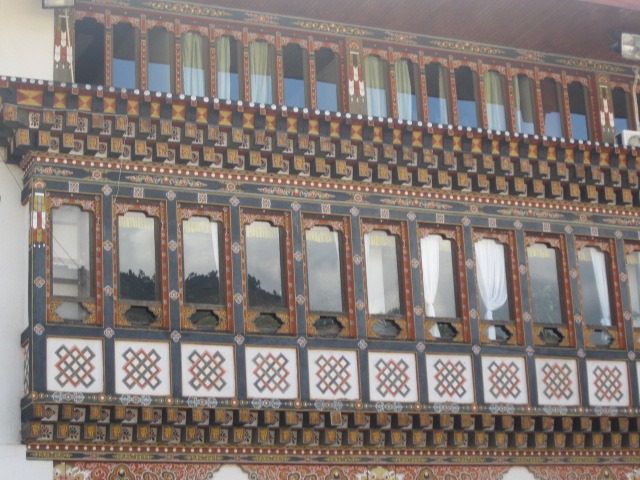 Among the first things you notice when you arrive at the Paro airport is the airport itself; a lovely building designed and decorated in the traditional Bhutanese style of white plaster walls, ornate wooden-beam construction, decorative windows and paintings. 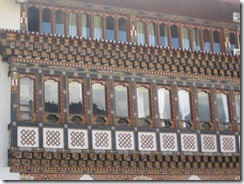 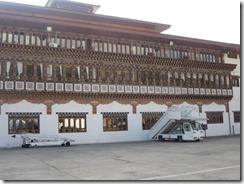 The mood continues on a ride from the airport into Paro, with green meadows and rice fields studded by white plaster farmhouses with timbered beams. Then there are the people, most of whom dress in traditional Bhutanese garb–gho smocks and patterned socks for men and colorful kiro dresses for women and of course, saffron and burgundy robes for monks. Traditional dress is mandated for many occasions. School children, tour guides, work place etc. We did occasionally see people in western garb, but it was while trekking or after work or school hours.

The "city" of Paro (almost 20,000 people) consists of a main street, almost all in the traditional Bhutanese style, lined with small shops. Interestingly, the vast majority of these shops fall into two categories: general stores that offer small selections of all types of goods (primarily Indian) and tourist-focused shops selling local handicrafts. 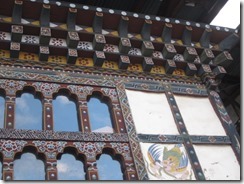 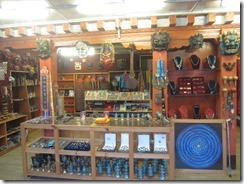 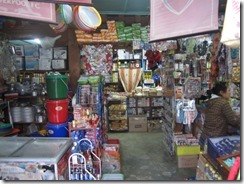 Paro, however, is about much more than its downtown. It is also about the country’s history. The primary historical site and the one to which we devoted the majority of our first day is Taktsang Palphug (aka,Tiger’s Nest) Temple.This iconic symbol of Bhutan, which is perched at 500 meters up the face of a steep cliff, requires a two-hour steady uphill climb which, at over 7,000 feet of elevation, is a tough climb for someone unaccustomed to this altitude. One of the worse parts is that once you reach the elevation of the temple, you have to descend 589 steps (according to our guide’s count) to cross a stream and then climb part of the way back up to reach the Temple,and of course you know that you will have to ascend those same steps on the way back.  For those who aren’t up to the hike, you can hire a small horse to take you most of the way for about $10—an option we didn’t take

Tiger’s Nest was well worth the sweat and exercise. Fortunately our guide suggested that we start out real early before it got too hot. That made it much easier.

Since this is Bhutan, the temple has a legend. The valley natives, plagued by a demon, sought the help of a Buddha. The Buddha transformed his consort into a flying tigress and flew on her back to a cave on the side of the cliff overlooking the valley. After meditating in the cave, the Buddha subdued the demon and, with the help of angels, built the temple.

Whether or not you believe the legend, it is a good acclimatization hike with pretty views and a lovely temple. The downhill hike was broken up at a crowded but pleasant tea room halfway down, where we enjoyed tea, biscuits and a final view of the temple. 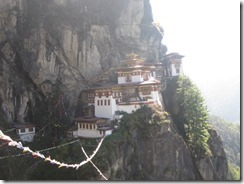 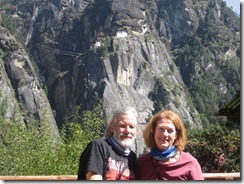 After Tiger’s Nest and a spot of lunch, we took a brief tour of Paro’s other sites. These included: 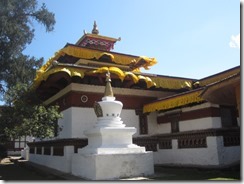 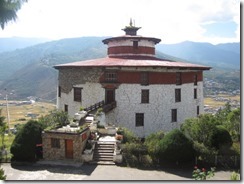 Thimphu was the other “city” we visited in Bhutan. This 100,000-person city–the largest in the country–was generally created since the 1960s, when it was designated the capital of Bhutan. Although virtually all the buildings are relatively new, they have been designed in traditional style with Buddhist motifs. It prides itself in being one of only two Asian capital cities without a traffic light, although it does station a traffic guide in a cupola in the middle of an intersection, similar to Hamilton Bermuda), albeit with long pants. (Our guide did not know the other Asian capital without a traffic light.) 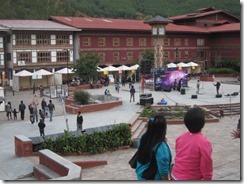 The downtown, while not exactly a metropolis, does have some five- and six-story buildings, including some with modern features in addition to traditional detail. It also has a large central square for concerts and dance performances and a number of specialty stores.

The city also has a number of historic and cultural sites. We visited the:

We also has chances to see a couple of the country’s national sports (archery) and past-times (draughts or darts). Although draughts certainly requires skill, we marveled at both the vision and the skill required to hit a one-inch diameter bullseye from 150 meters. And don’t forget another well-established sport (soccer) and a rapidly growing Bhutanese pastime–golf. 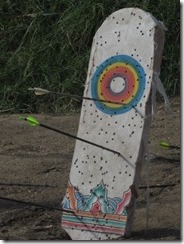 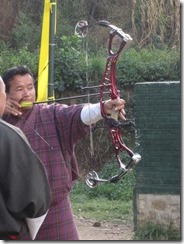