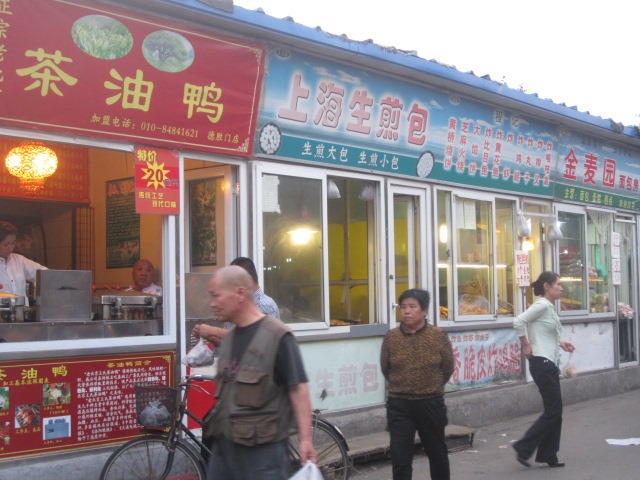 Every once in a while, you hit a tour that over-promises and under-delivers. Perhaps the copywriter got carried away. Perhaps the copywriter never took the tour. Perhaps our interpretation of the wording was wrong. However, when Viator tours promoted  a “Small-Group Beijing Street Food Tour at Night Including Dumpling Making”, we expected something  different from what we experienced.

The tour was promoted as an immersive culinary experience in Beijing. “This gourmet food tour at night takes you through mazes of alleys to markets and street vendors service up local specialties.” Three food samples were included in the tour. Dinner was included at a 77-year-old woman’s home where we were served an assortment of foods including meatballs, a mushroom dish, rice, peanut, chicken  and, oh yes, dumplings, which were, well, not the best we’ve had. The good part was that this was actually a courtyard where she lived and we got to see an actual home. And the dumpling making class….well, using dough that was already made and formed, she showed us how she put the filling in and seal the dumpling. Then we got to make one ourselves. A class? Educational? No. Disappointment? Yes.

Bottom, line, you get dinner, you get a tour of a market, it wasn’t a culinary delight. Nor would I consider it to be a dumpling making class. 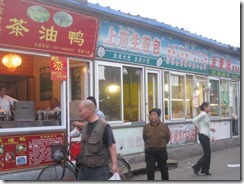 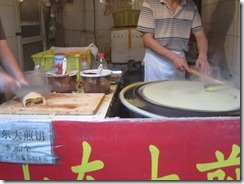 The not so good

We don’t blame our guide as he did a good job. But whoever wrote up the description needs to take the tour as it was misleading.