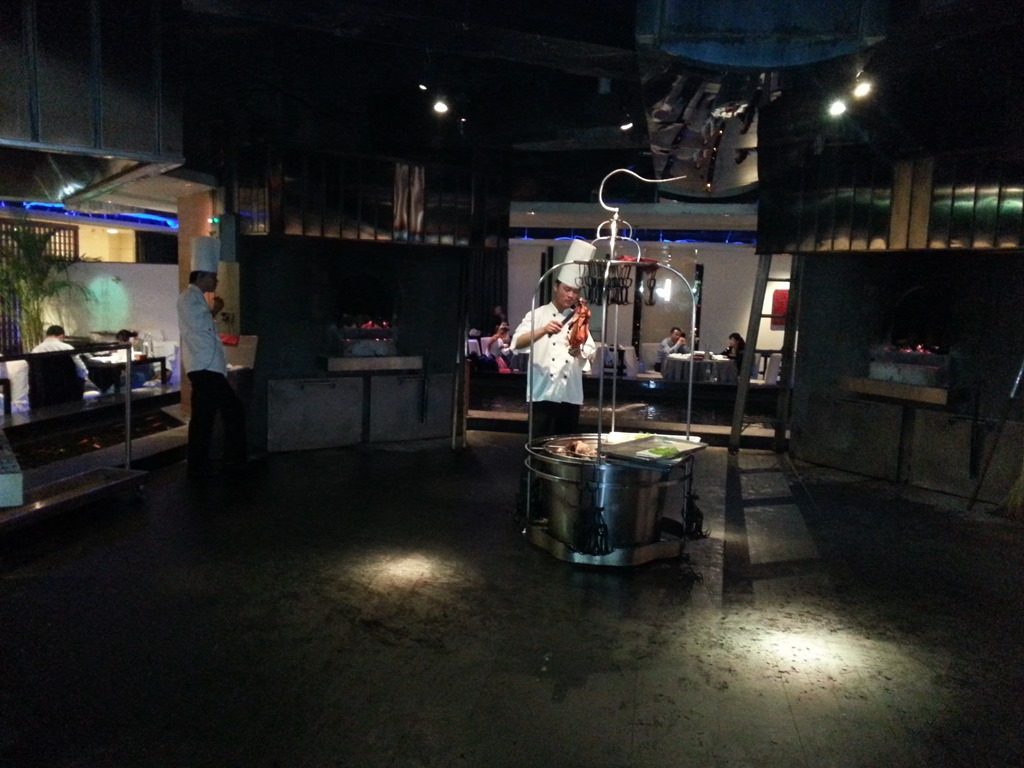 At last. After hundred and hundreds and hundreds of hours of planning, scheduling, making reservations, and stressing, we have taken off on a  110 day trip to Asia. 15 countries…if you count Tibet and Hong Kong as separate countries and I counted right. One 22” suitcase for each of us, crammed full (and I mean crammed full) of thing including 110 days’ worth of vitamins and prescriptions (why are fish oil pills so big?), Pepto Bismol for just in case, high altitude pills, malaria pills and enough face cream, mosquito repellent and sunscreen to last the trip (we were told that mosquito repellent and sunscreen are hard to find in many of the places we are visiting. And I absolutely need my face cream). And, oh yes, a few articles of clothing dropped in.

This trip is so different from the last time we took off overseas for multiple months. The last time was when we took time off between jobs and spent 2 months in Europe. I recall a plane ticket to and from Europe and more seat-of-the-pants “planning”. But we were 30 then. Now we have a lot more wrinkles and need to make more plans.

Joyce scored first class plane tickets on United using frequent flyer points. Now that’s a great way to start a trip! Twelve hours after boarding our direct flight from San Francisco, we landed in Beijing. After clearing immigration, we headed to pick up our luggage. Apparently in China, first class baggage comes off the plane last, instead of first. Oh well. Then onto a taxi to take part in traffic gridlock. It took 30 minutes to go the last 3 miles of the trip with traffic at a standstill several times. This seems to be SOP as drivers  were very patient and turned off their cars until traffic moved again.

Finally we reach our hotel, Regent Beijing in the Dongcheng District, near the Forbidden City.   First stop was the concierge to get help in getting train tickets as one can only purchase them in China. Then a short walk to get some exercise before dinner and to get our bearings. And what better first meal to have than Peking Duck…although in Beijing they call it roasted duck. Our hotel recommend DaDong Restaurant. The menu was filled with a lot of tempting dishes like cherry fois gras or braised sea cucumbers. But it was our first night in Beijing and we were on a duck mission. We weren’t disappointed. We even spent an extra $5 to get the VIP duck, which allowed us  to go into the duck cooking area to choose our own duck from the oven. 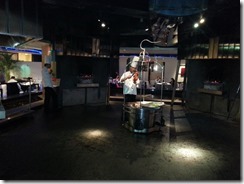 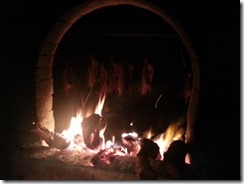 But a funny thing happened on the way to the duck cooking area. Someone thought we were leaving and removed our wine and the soup we had ordered. Oops. The restaurant was very apologetic and promptly brought back a new bottle of wine and removed the pumpkin and chestnut soup (which was OK, but not great) from our bill. 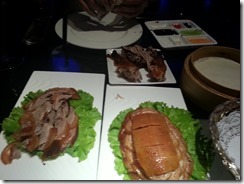 The duck was then brought to our table-side where is was sliced and served. Tom finally got his “peking” duck 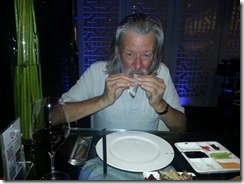 . What a great way to end our first night in Beijing