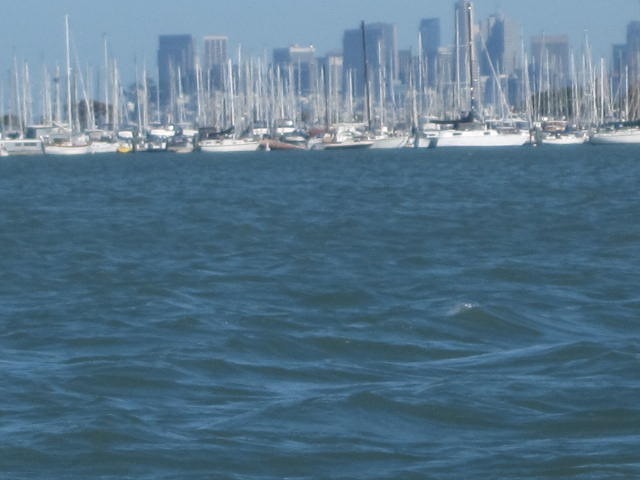 Thursday, we joined San Francisco Kayak and Adventures for a lovely paddle along the Sausalito waterfront’s Richardson Bay. After a half-hour refresher class and the ritual fitting of kayaks, we left for a 1.5-hour cruise.

It was a fun and interesting tour. Given the stiff winds, we stayed relatively near the shore, past marinas filled with all manner of old and new pleasure craft (including some mega-yachts that came to watch the Louis Vuitton and America’s Cup races) and work boats, piers filled with sunning harbor seals and the highlight—paddling through and learning about the roughly 400 houseboats that make the Sausalito harbor their home. 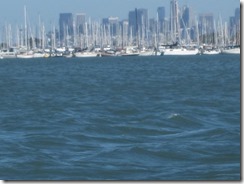 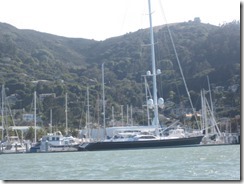 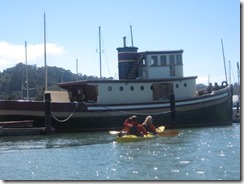 And all the while, starring out at beautiful views in all directions–Angel Island and Alcatraz, the San Francisco skyline, Tiburon and Belvedere, Mt. Tam and of course, all the homes clinging to the sides of impossibly steep Sausalito hills. 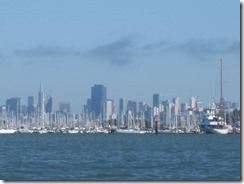 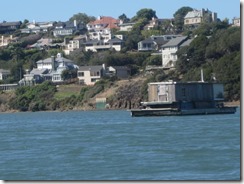 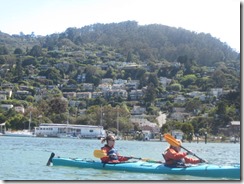 Throughout the tour, we were treated to commentary and explanations, such as:

Then of course, there are the so-called houseboats: so-called since they, unlike real houseboats, do not have engines, are anchored in-place next to long docks and in many cases, have fixed connections (for which they pay) to city water, electrical and sewer services. 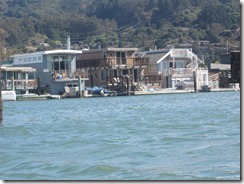 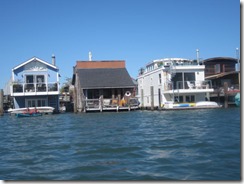 The community was generally created in the 60’s by Haight-Ashbury veterans looking for cheap, permanent places live. A few of the original boats have been grandfathered in, allowing them to avoid city fess and to be moored separately, away from the land. These boats, however, are not connected to city services and for the most part, cannot be sold—they can only, at least in theory, only be passed on to family members.

Most of the boats, however, are connected to permanent docks and have access to all type of typical services. Some of these boats are small, rather ramshackle, having been constructed from old abandoned boats and salvaged material. They can also be pretty quirky. One, for example, is built around an old Pullman railroad car. Others, however, can be quite respectable and often quite expensive. Some are $1+ million, architect-designed “mansions” with several rooms, 2,000 square feet of living space, large stone fireplaces and amazing views. 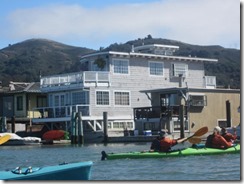 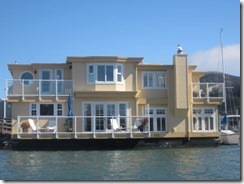 While the views and the information were reward enough, the late afternoon (when we chose to do our trip) was, as we were told in advance, much windier than earlier in the day. Between the current, the wind and the resulting swells, we also got some nice exercise.