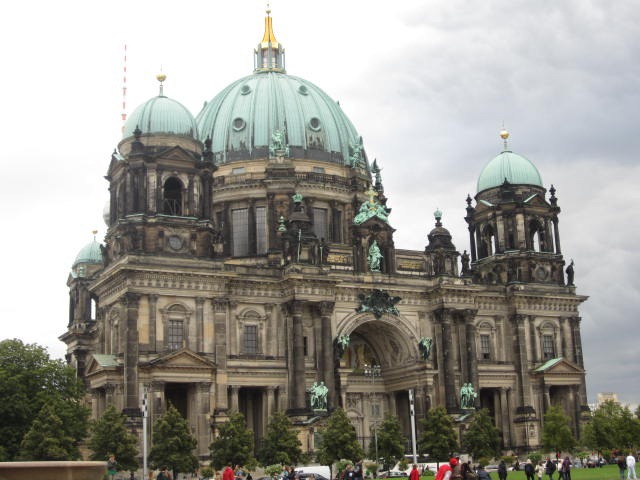 Berlin has two large concentrations of world-class museums, plus a number of smaller ones scattered throughout the city. Given our limited time, we had to be selective. While we briefly explored both of the big museum clusters—Museumsinsel (Museum Island) and Kulturforum–we selected three museums from these two clusters. plus one Nazi regime historical site on which to focus.

Museumsinsel or Museum Island has been designated a UN World Cultural Heritage Site for its concentration of seven world-class museums. The museums, which include the Pergamon, the Bode, the Altes and the Neues Museum, each have their own specialties. They are connected by a promenade and highlighted by a pretty colonnaded courtyard that connects and provides an outdoor venue for additional events. The colonnade is anchored on either side by showpiece buildings: the BerlinerDom cathedral on the south and the Bode Museum of sculpture and Byzantine art  on the north. 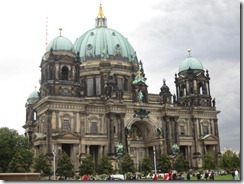 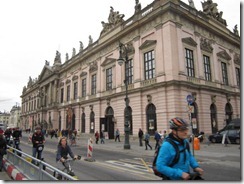 Pergamon Museum. Since we were only able to make it to one of the Museumsinsel museums, we selected the Pergamon for its incredible collection of Classical and Islamic antiquities. The museum has two primary centerpieces: 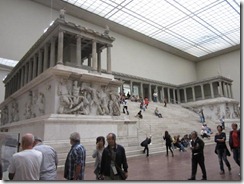 But while these may be the highlights, there are so many incredible pieces that it’s meaningless to spotlight only two. There are, for example, the processional Ishtar Gate through which visitors entered ancient Babylon, the 52-foot high Market Gate of Miletus, a reconstructed Roman mosaic floor, the Jordanian Palace of Mshatta and the intricately detailed Aleppo Room from the house of a 17th-century Syrian merchant. 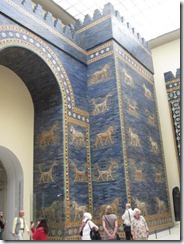 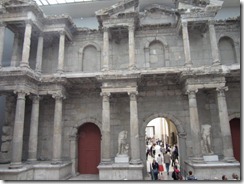 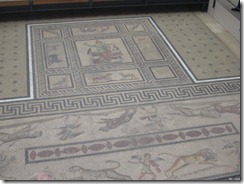 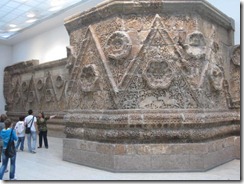 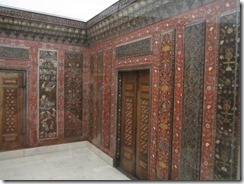 And these are just some of the largest pieces. It does not even begin to suggest the delicate detail of the thousands of smaller carvings, of everything from ivory to marble, or the ceramics, or the glass. And then there are the dozens of several hundred year-old oriental carpets. 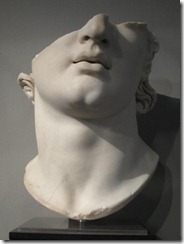 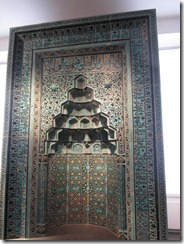 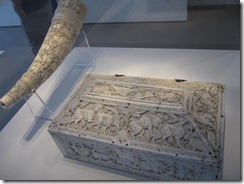 Whether you love archeology, or just artistic beauty, the Pergamon is a must-see stop in Berlin.

BerlinerDom, while being a Cathedral, has a number of pieces than many museums would relish. While we discuss the broader opportunities for visiting BerlinerDom in our Berlin Rebuilding blog, some of its artistic treasures include some of the architectural detail (such as around the main entrance), the alter, the murals covering the dome and a number of the roughly 80 amazing Prussian royal sarcophagi housed in the crypts. 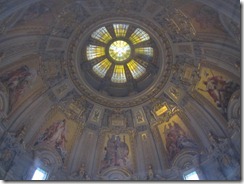 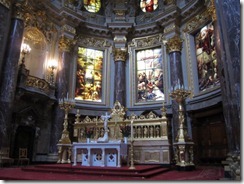 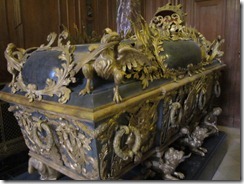 Kulturforum contains three major museums, a few smaller ones and two of the city’s primary classical music venues. We visited two of the primary museums, the Neue Nationalgalerie (global, with particularly strong representation of German Expressionist art from between 1945 and 1968) and the Gemaldegalerie the city’s largest single art museum, which focuses primarily on European art between the 13th and 18th centuries. 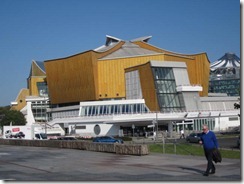 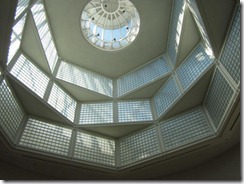 Neue Nationalgalerie or New National Gallery houses Germany’s primary collection of 20th century art. While the focus, which is intended to be primarily on European artists, has a particularly strong representation of German artists in its particularly strong Expressionist Collection (not surprising, since the Expressionist movement originated in and was largely based in Germany. When we visited, the museum also had a very interesting temporary exhibit that focused on progenitors of Expressionism. It examined differing ways in which German artists expressed the reactions and emotions they experienced during and coming out of World War II by reviewing different sub-genres and the ways in which they gradually converged to create the foundations for Germany’s leadership of the Expressionist movement. 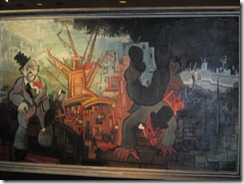 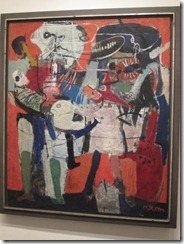 But, as German (and to a lesser extent other European) artists, fled the continent during the war, other European, and especially American (or at least nationalized American) artists, tended to lead and dominate other genres, such as Cubism, Fauvism, Abstract Expressionism, Pop and Minimalism. The museum, therefore, explores these movements primarily through works of artists including Rauschenberg, Warhol, Picasso, Twombly, Giacometti and Henry Moore. It even represents the Beatles in the form of extracts from the movie Yellow Submarine, which it categorizes as Pop Art. 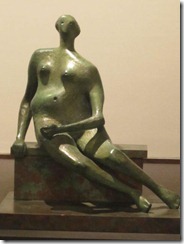 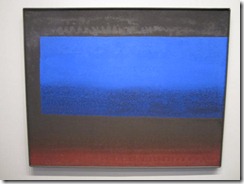 A number of Avant Guard artists are also given their due in some more off-beat pieces. 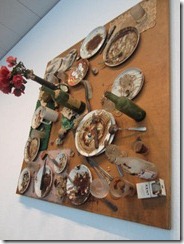 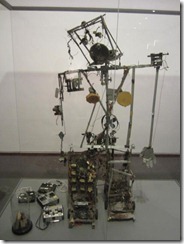 When we visited, there was also a temporary exhibit focusing on artistic media (posters, magazine covers, etc.) of 1968–what is probably the single most seminal year in Western culture since the end of WWII. While this exhibit did have a strong representation of German media, the highlights, at least for us American boomers, were many of the American examples. 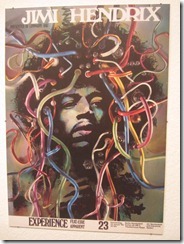 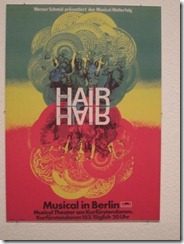 Gemaldegalerie, as mentioned above, has a huge collection that is focused on 13th- through 18th-century European artists. It is divided into two roughly equal sections: one focused on Southern European art, which is particularly well represented in the earlier centuries; and Northern European, especially in the later centuries. Although these are not exactly either of our favorite periods, the museum does have particularly strong collections of some of the Northern European Masters such as Rembrandt, Rubens and Van Dyck.

When we were there, the museum also had a big retrospective on Karl Friedrich Schinkel, the Prussian architect and painter, whose art was heavily influenced by, and often drew directly on his formal training and professional work as an architect.

Topology of Terror is actually an historic site, rather than a museum. Symbolically located on the site of the former Gestapo, SS, and Reich Security headquarters, and above the Gestapo’s prisons and torture center, it has a large section of the Berlin Wall and a large (more than 800 square meters) documentation center that provides detailed information about these and other Nazi security agencies and poignant stories and statistics of their activities and the crimes of humanity that they committed all across Europe. The exhibit was an excellent complement to, not to speak of a very convenient end point of our Berlin Walks’ Infamous Third Reich Sites walking tour.

See our Berlin Awakening blog for our review of the this and other Berlin walking tours and the picture they painted of life in Berlin during these years. Other recent blogs, examine life and German activities in Krakow and Warsaw during these years. And if your want to get into the gruesome details, check out our blog Auschwitz and Birkenhau.)