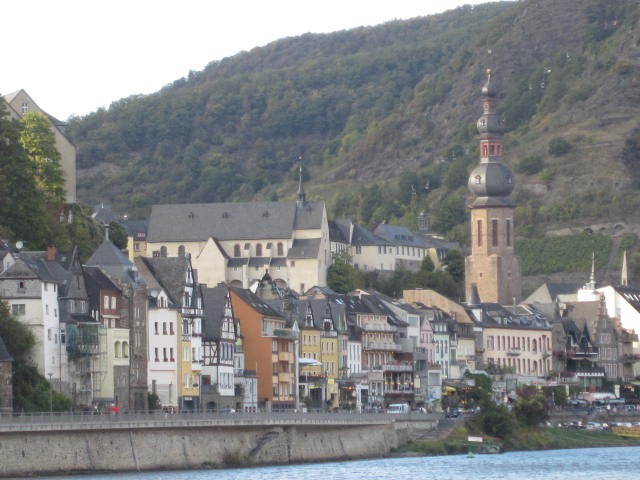 Cochem is a beautiful German fairy tale town: pastel-painted and half-timber homes, winding streets and alleyways next to a meandering river with vineyards planted at unimaginable angles. Heck, it even has a huge 1,000-year old castle on a hilltop 300 feet above the town, keeping a watch on the former charges of the Count. 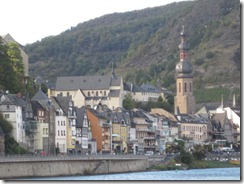 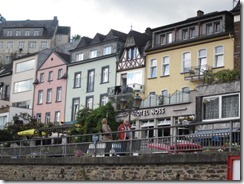 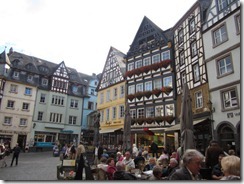 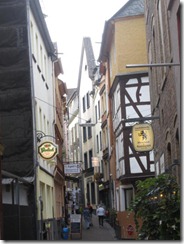 The only things that break the mystique are tourists–lots of tourists, at least until 6:00 PM when the tour boats leave and the wall-to-wall tourist shops close. Then, the town is virtually empty until the next morning.

This is nothing against Cochem. After all, were it not for the tourist buzz and the fact that it is the starting point for many Mosel River cruises, and the terminus for many Rhine River cruises, we may have never visited. But we did, and are very happy to have done so.

The first thing to do is to walk the town, especially the main street, with all its shops, about a third of which seem to sell local wines or liqueurs (likors in local parlance) and another third of which sell local snacks and decadent-looking pastries. We, of course, we’re particularly interested in the wine and liquor shops, most of which offer tastings. Many of these stores show their wares–perhaps 50 or so different flavor liqueurs, from peach to truffle–in large glass flasks with taps on the bottom. Visitors can sample what they like and buy as little or as much as they want. (see below for a brief discussion of Mosel wines and liqueurs.) 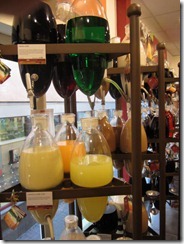 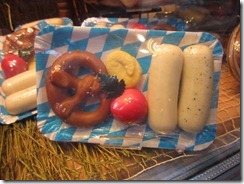 Much of the rest of our time spent touring the town was devoted to the Cochem Castle, which stands 100 meters over the city and the river. Originally build in the year 1,000, it was totally destroyed in 1689 and then totally rebuilt as a summer home in the mid-1800s by a Berlin steel magnate. The reconstruction, which was carried out in accordance with an original plan, was done with incredible attention to detail and at the sparing of no expense!

The result is incredible: the scale, the intricate hand-carved and hand-painted details, the views. The Vanderbilt mansions in Newport and Asheville have nothing on Cochem Castle. 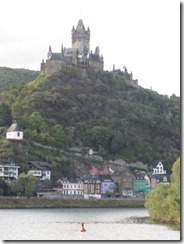 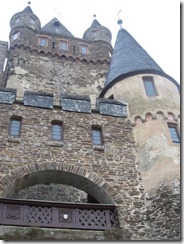 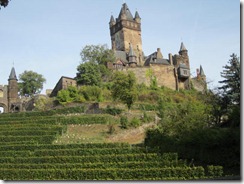 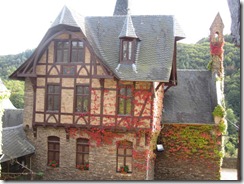 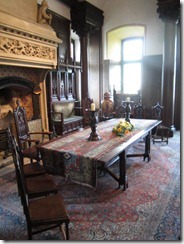 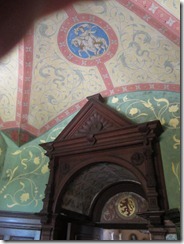 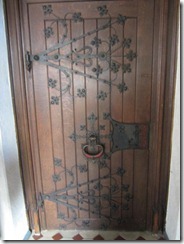 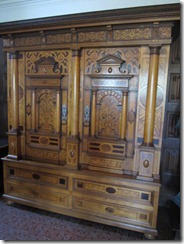 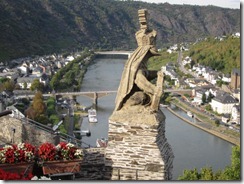 This, however, wasn’t our only disappointment with Hotel Lohspeicher. The disappointments began before the trip, when we requested information about side trips from the city, and they suggested we discuss it when we arrive. When we did so, the information was cursory and incomplete. Luckily, we found an information office that was able to address all our questions.

Hotel Lohspeicher. The hotel itself is small, charming and well maintained. The same can be said for our room. But, being on the top floor, under the dormers, it was a bit small, particularly in headroom. We had to duck whenever we approached the bed (from one side), the desk or the toilet. Other than that, the room was pleasant–especially it’s view of the castle. The hotel also puts on a mean breakfast buffet. An electric orange squeezer to make fresh juice and local sparkling wine with which to make misosas, freshly brewed coffee and a nice selection of teas. As for food, there were, among other selections, scrabbled and hard boiled eggs and sausages, smoked salmon and picked herring and a selection of granolas.