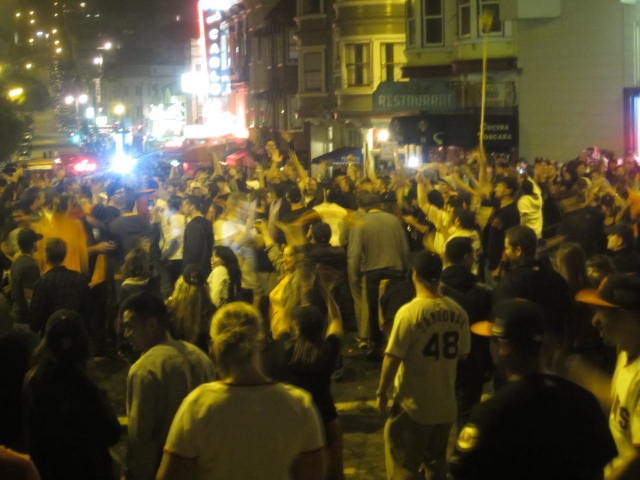 The Giants did it again. Two World Series titles in three years–and this time in a four-game sweep!

It didn’t take long for the celebrations to begin. Since the game was played in Detroit, Ground Zero shifted from its typical place at South Beach’s AT&T Park to the Civic Center, where a large-screen television attracted an estimated 10,000 people.

While we watched the game from the comfort of our own living room, we (or at least I) didn’t want to miss all the fun. That was the good part. Regardless of where in the city you lived, you didn’t have to go far for a celebration. The closest for us, North Beach–where people are always celebrating something.

But a World Series championship is more than a normal celebration. By the time I arrived, about 15 minutes after the last strike, the celebration was well in progress. Many of the people who watched the games in one of the neighborhood’s many bars, had emptied out onto the streets. They were joined by hundreds of others.

The intersection of the Grant and Green Streets was taken over by fireworks, a combination of firecrackers and an array of illegal, but fun small rockets. The “launch pad” was surrounded by swarms of people, cheering, high-fiving everybody in sight and generally celebrating the city’s good fortune. While the fireworks were exploding, the crowd was cheering, champagne (actually, California sparkling wine) was spraying and brooms (symbolizing the sweep) were waving. 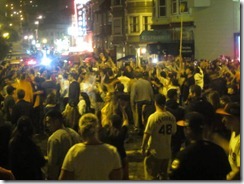 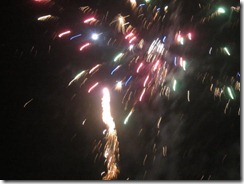 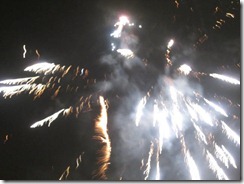 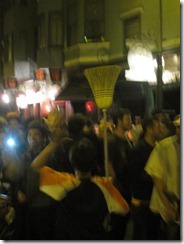 And North Beach is just one of the city’s dozens of neighborhoods. Similar spontaneous celebrations erupted throughout the city, with the largest outside AT&T Park, and especially City Hall, which, like many other San Francisco monuments, such as Coit Tower and the Alcatraz lighthouse, are bathed in orange-light from the time the Giants earn their way into the playoffs. 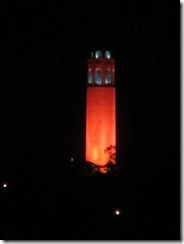 For all the fun, some people, as always seems to happen, went too far: breaking windows and even tipping over cars.

I just don’t understand why some people believe that a celebration provides a license for vandalism. But, from what we see from celebrations in many other cities, the belief appears to be pretty widespread.

In any case, the Sunday-night action was just the beginning of San Francisco’s celebration. The "official" celebration would wait till Wednesday, with a ticker-tape parade, speeches and more fun.