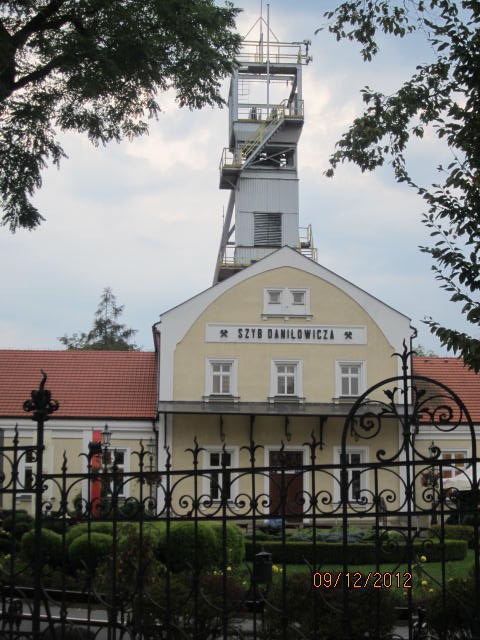 From Agony to Ecstasy in Single Day Trip from Krakow

Krakow is a fun and fascinating city, full of things to see and do. But, while there is plenty to keep one busy in the city, it also provides the opportunity for some short, but fascinating daytrips

We chose two, both of which can be combined in a single-day, either in a private car or via a tour. These trips were to:

These stops, each fascinating in its own way, could not be more different. Our previous blog focused on Auschwitz and Birkenau. This one on the Wieliczka Salt Mine.

The Glories of the Wieliczka Salt Mine

The Wiesliczka Salt Mine, located in the pretty town of the same name, opened in the 13th century. It was, until it ceased operation in 1997, one of the oldest operating salt mines in the world. It was also one of the largest (150 km), one of the deepest (300 meters) and one of the most profitable (contributing, at it’s peak, one-third of the state’s GDP). 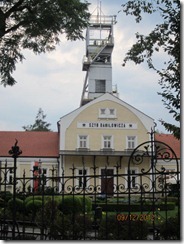 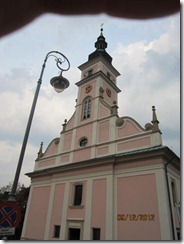 The mine’s fame and its status as a UNESCO World Heritage Site, however, are not based on its long history or its commercial success. They are based on the mine’s huge caverns, up to 37 meters (more than 100 feet) high, the incredibly beautiful chapel and amazingly intricate statues and reliefs, all carved out of salt.

A number of the carvings are rather pedestrian, and even kitschy, demonstrating the history and technology of mining and some of the legends surrounding the mine. 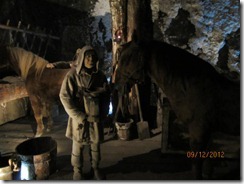 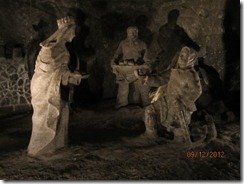 Some, however, are of ethereal, almost divine beauty. This is particularly true of the breathtaking St. Kinga Chapel, a huge underground chapel, complete with magnificent alter, chandeliers, life-sized statues (including of John Paul II) and bas reliefs (including of the Last Supper), all carved from salt. The entire chapel was the result of 68 years of work by three master carvers. While all the salt sculptures were done with incredible care, all were different. Some freestanding, some releifs and some just thin enough and far enough from the wall that they take on an ethereal glow. Absolutely amazing!! 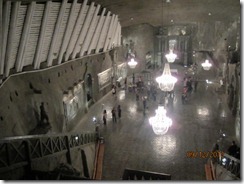 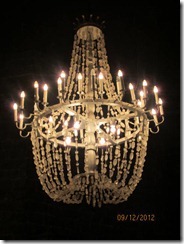 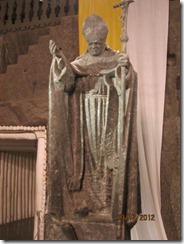 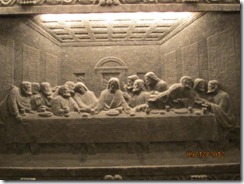 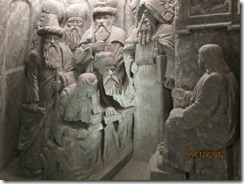 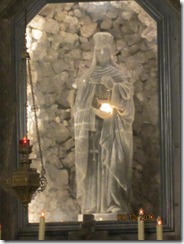 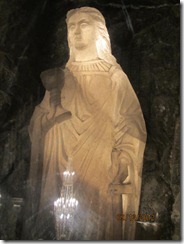 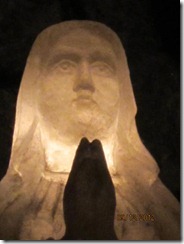 But while the Chapel is certainly the highlight of the cave, one cannot help but to be impressed by the beauty of the popcorn-like salt formations, the shear majesty of the huge caverns, the surreal beauty of the grottos surrounded by lit staircase and even by the length of the tunnels and scale of the trussing that support the walls and ceilings. 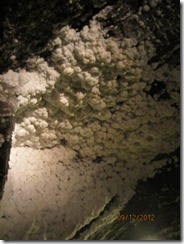 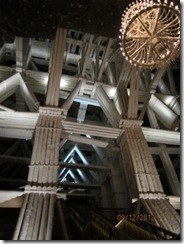 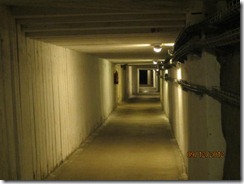 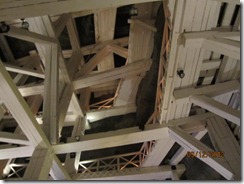 And if your hungry after walking the caves and its long tunnels, you can stop for a bite in the underground restaurant, or hold a celebration in the adjoining banquet room, with suitably ornate chandeliers and wall decorations—all carved from salt, hundreds of meters below the earth’s surface. There is little wonder that, a decade after the mine closed, it still draws almost 1 million tourists per year. 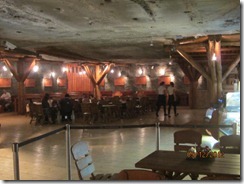 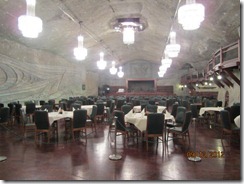