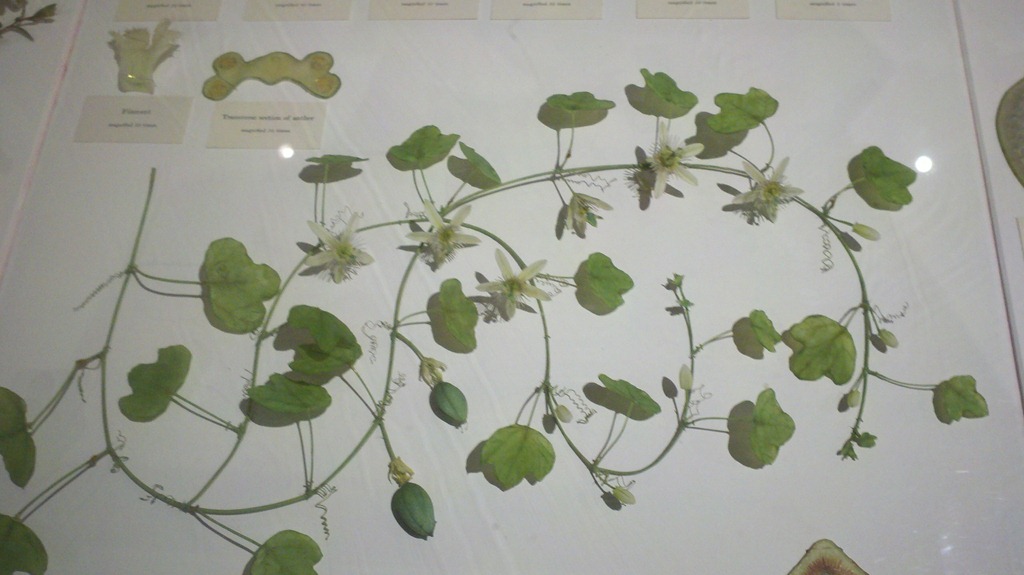 We lived in Boston for more than twenty years before moving to San Francisco a decade ago. We thought we had at least seen pretty much everything Boston had to offer. So imagine our surprise when a San Francisco friend told us of a 125 -year old museum of which we had. And then imagine our Boston friends’ surprise that we had ever heard of this gem.

Our second big surprise came courtesy of Harvard University. The glass flower gallery, which is part of the Harvard Museum of Natural History, was effectively created in1886 when the university contracted with a Dresden Germany father-son team of glass artists to create a series of precise, full, longitudinal and transverse models of plants to display at the museum. The museum now owns models of about 1,000 distinct species, about 75% of which are displayed. The details and realism are amazing.

The other galleries within the natural history museum included almost equally fascinating displays of hundreds (out of a total collection of 100,000) of minerals as well as those on climate change, archaeology and ethnology and early Native American, Latin American and Pacific Island civilizations.

Although the university’s Fogg Museum is closed for a major renovation, we did also visit the University’s Sackler Museum, with its Modern and Contemporary, Asian, Islamic and Indian galleries, as well as its permanent collection (including especially nice small representations of Impressionist and 19th century American art). The museum also had a small, but interesting special exhibit of Jasper Johns’ use of cross -hatch motives in print media.

And since we were in Harvard Square, we had to make a not-so-brief stop at one of our all-time favorite bookstores–that at the Harvard Coop.

Copley Square is one of the most picturesque and inviting public spaces in the country. We were lucky enough to live within a few blocks of the square and to have offices (with a partial view of the square) one block away. We have walked though it many times, taken historical and architectural tours of it and have been inside all of the surrounding buildings except, inexcusably, the most important of them all–Trinity Church. I decided to rectify that omission on this trip.

But first, a brief tour of this lovely square, named after the revolutionary era portrait painter, John Singleton Copley. The square, which was designed for people, not to speak of regular (in season) concerts, farmers markets, art markets, street entertainers and much more.

The square is surrounded by some of Boston’s most notable historical and architectural sites, including:

The there’s Trinity Church. Completed in 1877, this H.H. Richardson Romanesque style building was the first American architectural style ever to be widely imitated in Europe (for all types of buildings, from railroad stations to libraries). Architects voted it the single most important building in America in 1885. It is still considered to be one of the ten most architecturally significant buildings in the country and the only building that remains from the original list. It was designated a National Historical Landmark in1971. The Richardson Romanesque style is somewhat dark and foreboding, and the religious-themed stained glass windows, wood carvings and painted murals are solemn. The building, however, serves as a dramatic anchor to the square and this cradle of the American Episcopalian religion. The church and the religion maintain their senses of humor. After all, how many other religions promote a “Ten Best Reasons to Join” list created by Robin Williams?