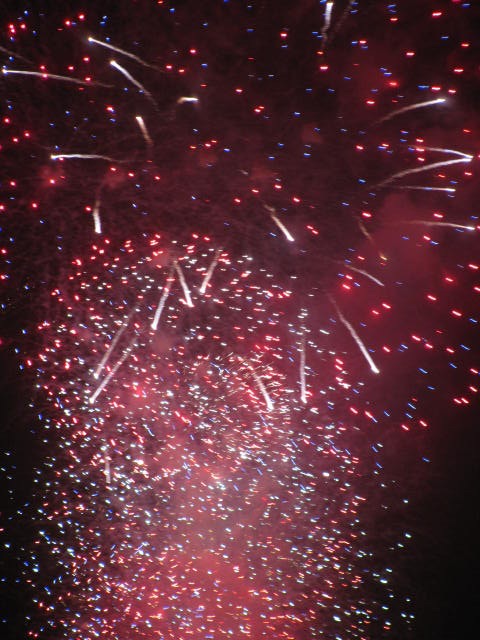 July 4th week is always a great time to be in San Francisco. Although there are events all around the Bay area, there is plenty going on right in the city to keep one occupied.

On July 4th itself, we had free band concerts, mime performances, museum openings (at the wonderful Exploratorium) and of course, fireworks. 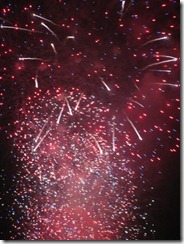 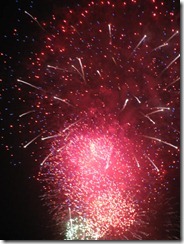 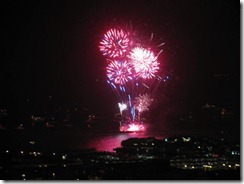 The 4th itself offers entertainment for the family, and we do enjoy the fireworks (especially since we can see them right from our balcony). But what we really look forward to is an annual event that takes either on or on the weekend just after the 4th.

The Fillmore Street Jazz Festival is, for us, the most interesting and fun of all of the cities dozens of street fairs. While most of these fairs are incredibly homogenous, family entertainment venues with the same food stands and the same vendor booths, Fillmore Street offers much more.

It is certainly welcoming to families and is entirely G-rated (unlike the increasingly sanitized, but still somewhat risqué Folsom Street Fair, the Fillmore Street Festival (not to be confused with the two-month long San Francisco Jazz Festival) the festival is focused primarily around music. The 12-block long festival, which stretches all the way from Jackson Street to Eddy Street, contains five formal music venues—Three Stages and two less-formal “Entertainment Areas.” Each has a full schedule of concerts that go from 10:00 AM to 6:00 PM. 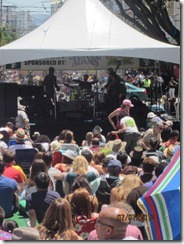 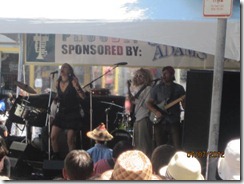 In addition, as you wander south down Fillmore, you get into the heart of San Francisco’s historic, and increasingly rejuvenated Jazz district, where venues including (but certainly not limited to) Rasella’s, Sheba Piano Lounge and especially Yoshi’s Jazz Club offer entertainment, drinking and, in the case of Yoshi’s food) throughout the day. 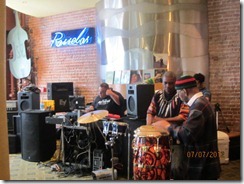 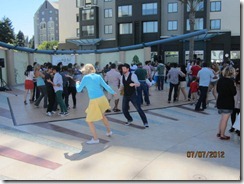 The Fillmore Street fair absolutely has the same confined drinking areas and the same huge, standardized food stands as the other street fairs, with their turkey legs, fried calamari, barbequed oysters and crab cakes. It also has many of the same booths that you see at virtually every other street fair in the city, with all types of clothes, hats, jewelry and photography. 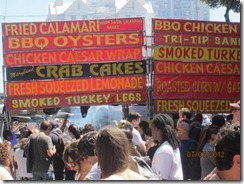 Fillmore Street, however, has more. If you want street food, you can get all you want. But, Fillmore Street also has many interesting and more upscale restaurants that are open for lunch (SPQR, Fresca, Pizzeria Delfina, Roostertail, etc) and more if you stay till evening, more that are open for dinner (State Bird Provisions, 1300 on Fillmore, etc.). And, since it is larger than most street fares, it also has many more vendor tents with more unusual wares and even a few with more upscale art. (Unfortunately, however, these booths appeared to have limited traffic and, according to a couple artists with whom we spoke, they aren’t likely to return. 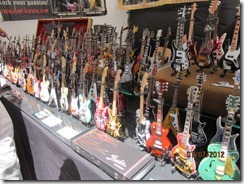 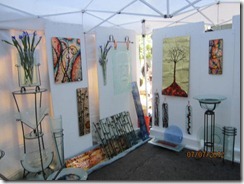 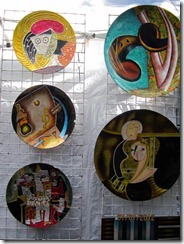 Even so, it makes for a fun day that can, if you wish, be bracketed with interesting dining experiences.

Although we did eat lunch at one of the Fillmore Street restaurants, Woodhouse Fish Company (where we enjoy reliving our Northeastern roots with lobster rolls, steamed littlenecks and fried belly clams), we had other dinner plans.

We just took a sushi-making class a couple of days before and were anxious to practice our new-found skills. Since Japantown was right on the way home, we stopped at Nijiya Market to buy sushi rolling mats, nori, pre-made sushi rice ahi, unagi and softshell crab. After another stop to get daikon and avocado, we headed home to embark on our next adventure—this time in the confines of our own kitchen.