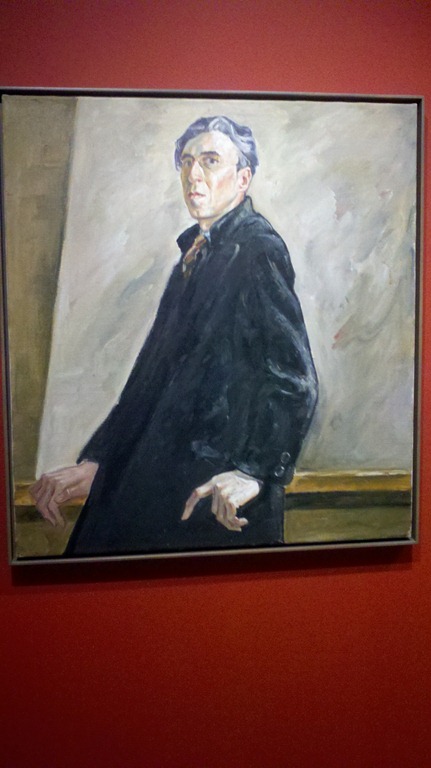 After a two-hour mechanical delay in our very early flight from San Francisco to Denver, we had time for only one brief stop in the city before heading over the front range (or actually under it via the Eisenhower Tunnel) for an hour and a half drive to Keystone–the site of this year’s annual TBEX travel blogger’s conference.

The stop was well worth it. The excellent new Clifford Still Museum possesses about 1,700 of the pioneer Abstract Expressionist’s work. The museum experience begins with a short video providing a synopsis of the artist’s life and his role in the history of the Abstract Expressionist movement, which is generally viewed as America’s greatest contribution the world of art.

The galleries are laid out chronologically, beginning with those painted in his early days, in remote farms of Southern Alberta and Eastern Washington. This is where he learned painting and produced figurative representations of his rural life.

It then traces his life through World War II, where he was building ships, painting and teaching art in Oakland, through his time in New York, Maryland and Boulder, tracing the maturation of his work, and following elements that would become gradually evolve into his iconic style.

Throughout the process, you can see elements of what would eventually become his mature style.