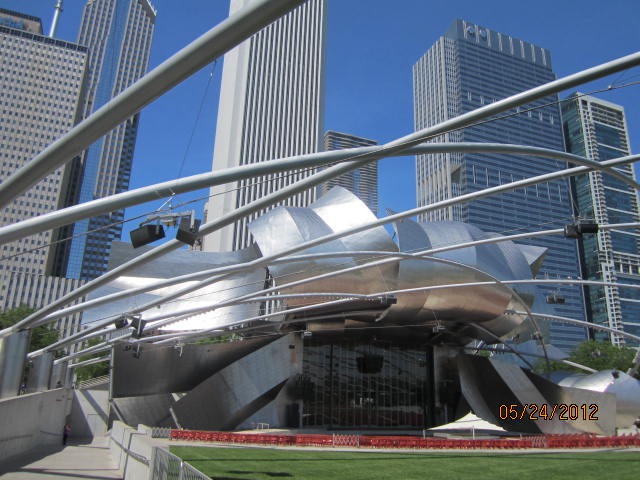 We fell in love with Chicago (albeit not with its weather) 30 years ago, when I worked in the Loop (Joyce worked in the suburbs) and we lived in the mid-North, along Lincoln Park.

Although we lived there for only five years, we return every two or three years to visit friends and museums, explore hot, new neighborhoods, restaurants and theater productions and effectively, to reacquaint ourselves with neighborhoods and sights that we knew.

And, since Chicago is one of the country’s great walking cities, we walk almost everywhere we go, typically logging more than 20,000 to 30,000 steps (roughly 10 to 15 miles) per day. One of our favorite walks is more of an art stroll, a wandering walk through the downtown to admire the city’s incredible range of architecture (it was the city where the skyscraper was virtually invented) and public art.

This year’s tour began in Grant Park. While this is the heart of Chicago’s museum country (Art Institute, Field Museum and Aquarium), it is also home of a beautiful harbor (Monroe Street), the city’s grandest fountain (Buckingham) and a lovely rose garden. Over the last few years, however the city’s attention has shifted to the north

Edge of the park, with Frank Geary’s Pritzker bandshell and Cloud Gate (better known as the Chicago Bean), the interactive stainless steel sculpture which may well be the most popular and beloved piece of public art in the country. This areas beauty, goes beyond public art and museums. A number of buildings that line the park are almost as breathtaking as the bandshell and the bean. 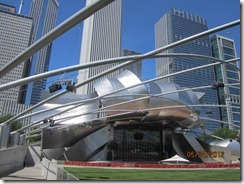 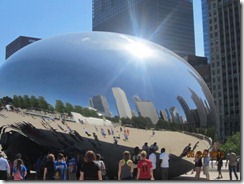 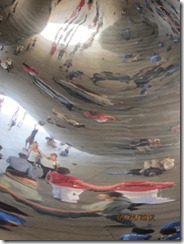 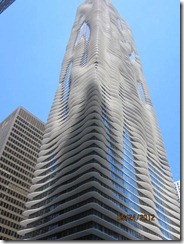 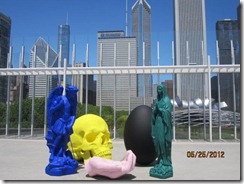 Michigan Avenue contains its own share of architectural history and heritage. First and foremost is the Chicago Cultural Center, the magnificently renovated ex-public library which as two beautiful stain-glass domes (including the largest Tiffany dome in the world), incredible mosaic walls and ceilings, indicate inlays and often, some interesting art exhibitions. 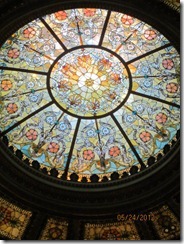 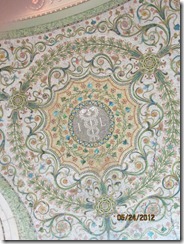 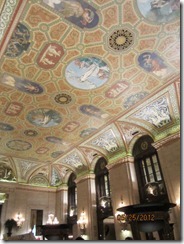 Although the Avenue does have a number of other architectural gems, such as the Carbon and Carbide Building, Symphony Hall and the Conrad Hilton Hotel, it is also the home to the de facto repository of Chicago’s architectural heritage, the Chicago Architectural Foundation (CAF). CAF, as discussed in our blog on Frank Lloyd Wright’s Oak Park, offers virtually every type of architectural tour you can imagine, including those on the history of high-rises, public art, individual city neighborhoods and even a cemetery (the beautiful monuments in Graceland Cemetery). Anyone with even a rudimentary interest in Chicago and architecture must, at the very least, take CAF’s River Cruise architectural boat tour. And, if you’re just looking for a lay of the Chicago land, you can start by studying CAF’s totally up-to-date scale model of the Chicago skyline. 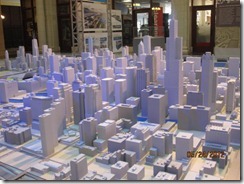 Although there is too much architectural and public art history and beauty within the loop (the areas bounded by the elevated “L” tracks) to even touch upon all, I want to highlight just a few of our favorite buildings, public spaces and public art. Four spots, in four blocks bordered by Dearborn and Clark Streets, contain four of our favorite.

Chicago’s most famous and iconic public sculpture (at least prior to the Bean) is the 1967 Chicago Picasso, located furthest north, in City Hall Plaza. The other end of this five-block stretch is anchored by Alexander Calder’s soaring vermillion-colored Flamingo, framed by Mies van der Rhoe’s Federal Buildings. One block to the north of Flamingo is the Marquette Building, which houses a series of mosaics that trace the history of the founding of Chicago. 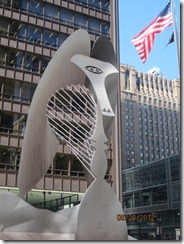 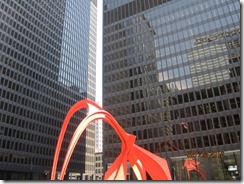 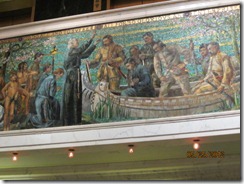 Pictures of Picasso, Calder and mosaics

The closest to my heart is located in the center of this bounty–the graceful Chase Tower (formerly First National Bank of Chicago Tower), which is the site of my first office—looking over the entire north side of the city from the 53rd floor. The building’s plaza, which used to be (and I trust still is) the site of regular summer concerts, is one of the city’s most inviting. It also hosts one of the city’s premier pieces of public art—Mark Chagall’s lovely Four Seasons mosaic. 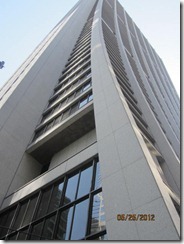 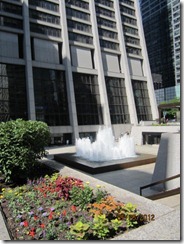 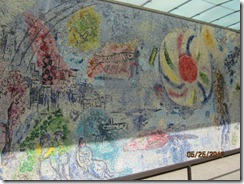 Although the central loop contains most of Chicago’s most historic and revolutionary skyscrapers, we particularly like some of the buildings in the LaSalle Street corridor, anchored by the Ceres-capped Board of Trade building and Burnham and Root’s Rookery–especially the lobby which was redesigned, with skylight and soaring staircases by Frank Lloyd Wright. 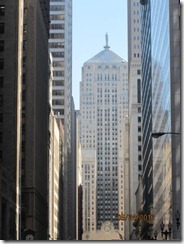 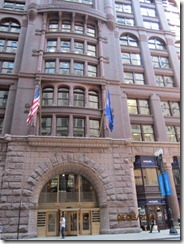 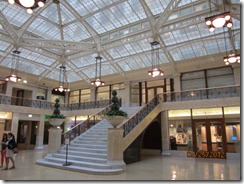 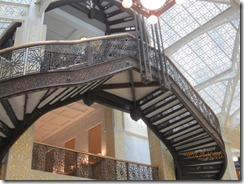 Some of Chicago’s tallest and most iconic buildings are located outside the formal loop, along the Chicago River. The tallest buildings, along west of the loop, include the AT&T and especially the Sears Tower (okay, I know that it is now formally named the Willis Tower, but to me, it will always be Sears). Then, to the north, is the massive (albeit not particularly architecturally significant, Merchandise Mart, the public art in the United Building and two of our personal favorite’s the new Trump Tower (now the second tallest building in the city) and especially Bertrand Goldberg’s fun, corncob like Marina City towers. 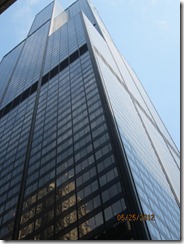 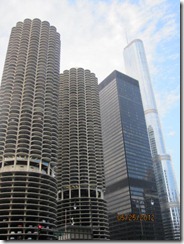 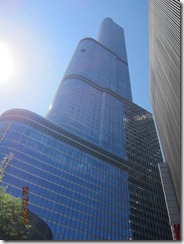