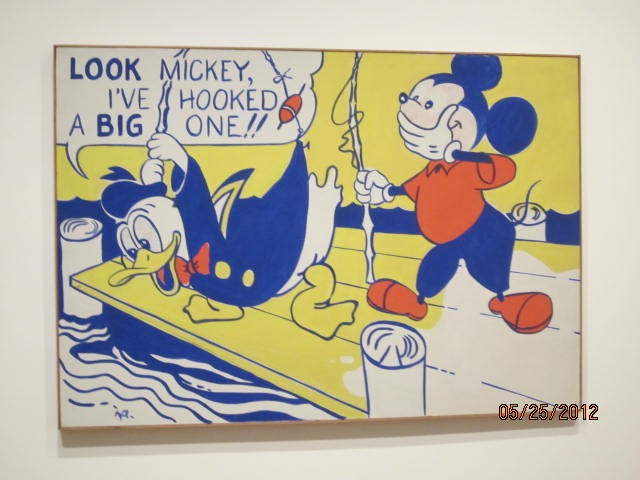 Although we are not particularly enamored of Roy Lichtenstein’s art, since we were going to be at the Art Institute of Chicago, we just had to see its Lichtenstein retrospective. Although he is still not one of our favorite artists, we did gain a much better appreciation for what he was trying to do, why he was trying to do it and the broad range of his subjects and styles. We saw his initial efforts at Abstract Expressionism, the invention and evolution of his own Pop style, and his expansion into a number of more experimental modern styles.

The exhibit, of course, focused on the origination and evolution of his Pop work, which generally began with “Look Mickey”, evolved through his signature Ben-Day dots, his reinterpretation of comics, consumer products and romances. 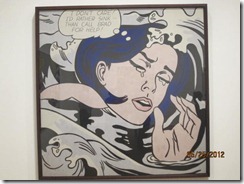 It traced his forays into war scenes, his reinvent upon of ancient religious paintings and works by previous-generation artistic masters (from Rembrandt to Picasso) and into his own, unique portrayals of nudes and eventually even Chinese landscapes. 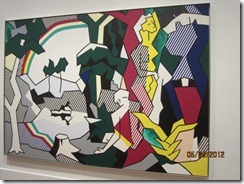 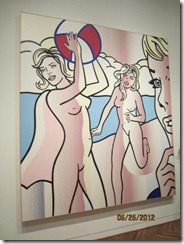 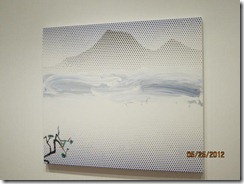 There were also samples of his work in a range of other media, such as his fascinating experimentation plastic that distorts images in a Rowlux plastic (which conveys the effect of motion and dimension) and a number of sculptural styles. 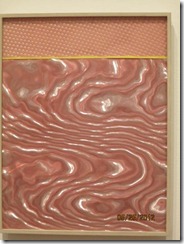 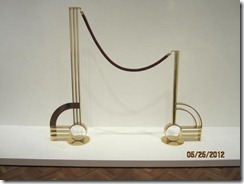 Our next blog provides an overview of “Our Art Institute”—the exhibits at which we spend most of our time and the pieces we particularly love.