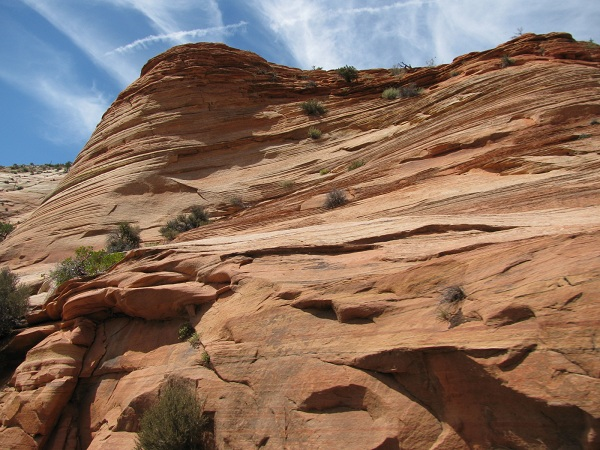 Since we weren’t able to do a long hike at the North Rim, we decided to leave right after our short morning hike and tale a slight detour, stopping at Zion National Park (a 3 hour drive from the North Rim) before driving partway back to Las Vegas.

Although we had been to Zion a number of times before, it had been a number of years and we had forgotten how beautiful it was. We were welcomed to the park by the unusual erosional patterns of Checkerboard Mesa. When we emerged from the Zion tunnel we were greeted with a series of switchbacks that afforded continually changing perspectives on the surrounding mesas and the canyon below. 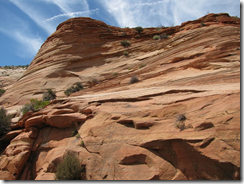 When we reached the visitor’s center, we went immediately to the shuttle bus station where we caught a narrated shuttle that took us into the heart of the largely car-free (at least during the busy spring and summer months) canyon. Although it only takes about 80 minutes to take a full, non-stop loop on the shuttle, the schedule by which a new shuttle runs roughly every six minutes makes it almost TOO easy to get off the bus and take at least short, 1-2-mile hikes to explore particularly beautiful areas.   Although the entire valley was magnificent, some of our favorite sections included: 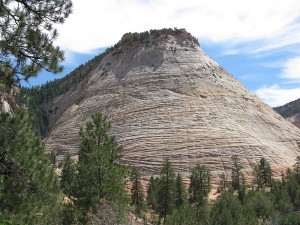 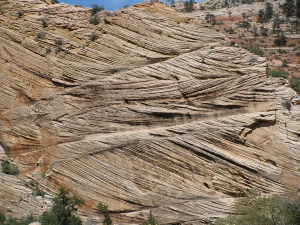 The Court of the Patriarchs, which while clearly visible from the road, unfold even more dramatically after a 50-yard, uphill climb; 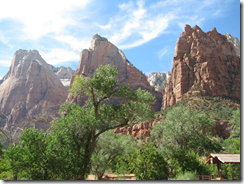 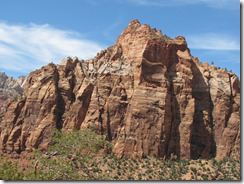 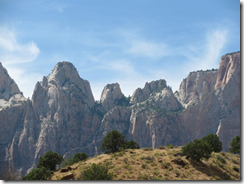 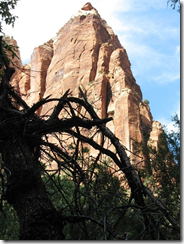 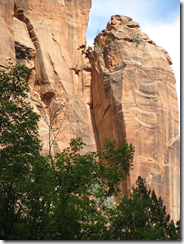 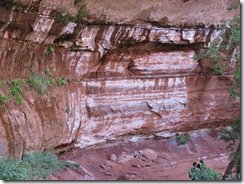 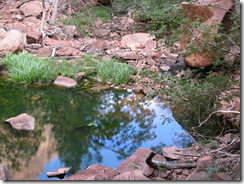 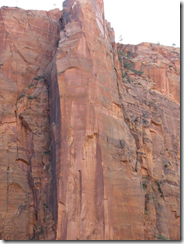 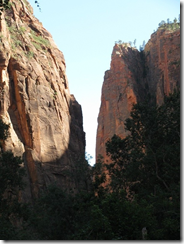 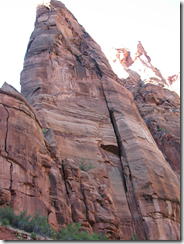 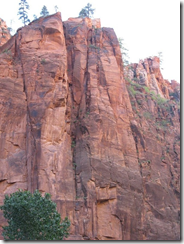 Even though we spent a total of five hours in the park, we were able to just scratch the surface. We had to skip a number of short and moderate trails including those around Checkerboard Mesa, Weeping Rock, Middle and Upper Emerald Falls, Watchman Mountain and Canyon Overlook, not to speak of longer, more challenging ones. We even had to skip the exhibits and movie at the History Museum (although we did see the brief geological overview film and related exhibits at the Visitor Center.

We would have loved to spend much more time exploring some of the more hidden reaches of the park. But, we had another restaurant to visit and an exhibit to explore in Las Vegas the next day. So we wanted to drive closer to the city before stopping to spend the night.

A Night in Mesquite, Nevada

Our evening stop, after a roughly 1.5 hour drive, was in Mesquite Nevada, at the Casablanca Resort and Casino. We scored a pleasant, if not luxurious room at the amazingly low price of $69 (less than $80 after taxes) and had dinner at the Resort’s Katherine’s Steakhouse. I had a very serviceable veal chop in mushroom marsala sauce, with side orders of sautéed mushrooms and onion strings for an extremely reasonable $29, and another $14 for a basic, but decent half bottle of Mondavi Merlot. Joyce was less fortunate with her crab cakes, which she felt were made with tasteless, frozen crabmeat. But after all, it was a steak house